The parcel I purchased has no water or electric.  I found that my projects required more water than I could bring in a single trip.  Also, the pressure coming from a water barrel in the back of my pickup was negligible.

So, my kids and I built a water tower. 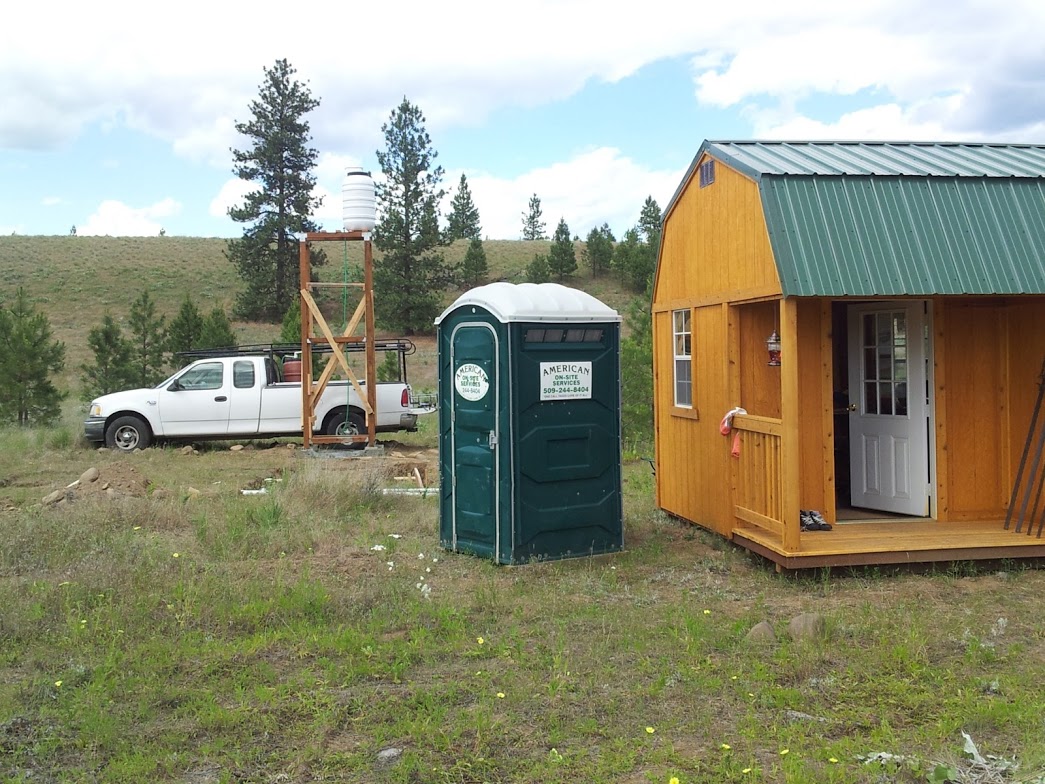 The tower is I built is not quite 15 feet high, holds up to 100 gallons and provides great pressure.  The pressure varies according to how full the barrels are. 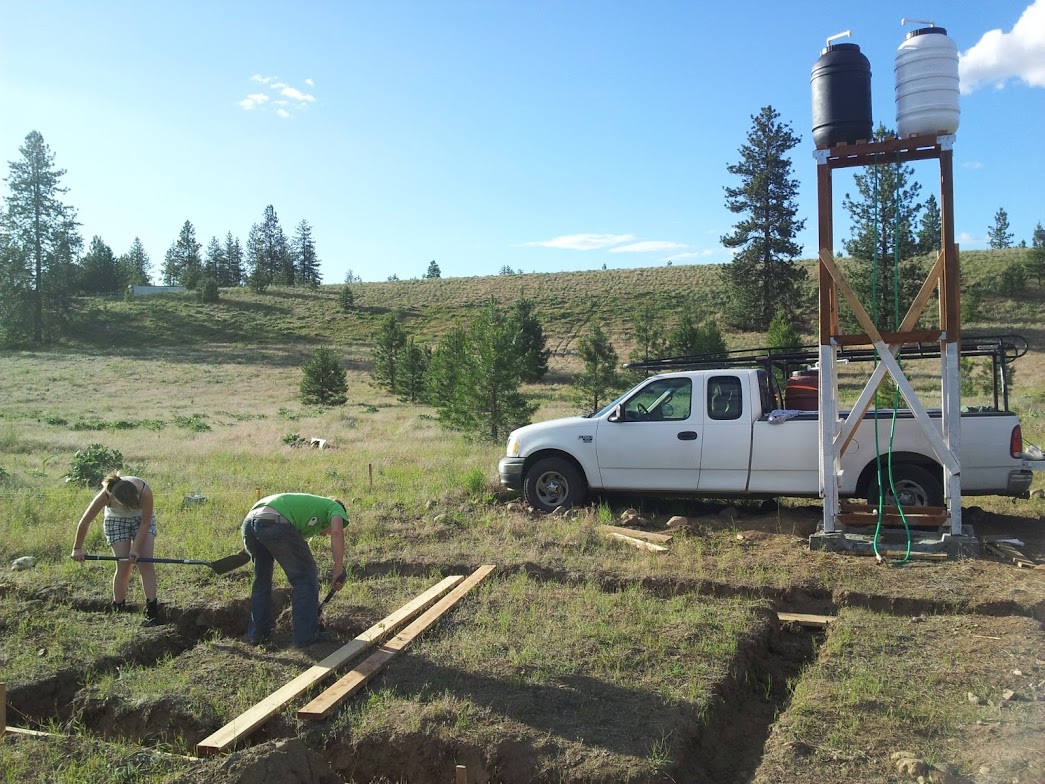 You might wonder why I painted the barrels.  I wanted to see how much of of a temperature difference there would be.  The white barrel provided water that was warm in mid-July.  The black barrel water was scalding hot at times.

I didn’t have a method for pumping water in the beginning.  I built a hand pump from PVC parts and a foot valve.  The pump was built into a barrel lid.  It worked well but it was a lot of manual labor.  Either the fittings were loose, permitting easy pumping but water coming out of the top of the pump, or the fittings were tight with little leaking but a lot of force required to pump.

I ended up ordering a trash pump.  I figured I could use the pump to do other things, like pump bentonite-laden water for well drilling.  The pump has been worth every penny.

I had a problem with birds crashing into the tower.  I don’t know why.  I ended up painting part of the tower white and the the bird problem went away.

The tower swayed a lot (racked is the term I think) until I put in the cross braces.  It’s a firm platform now.

I emptied the barrels before winter.  I didn’t want them to split due to water freezing within them.  The barrels aren’t secured to the tower at all, but I figured their shape would keep the wind from knocking them off.  They haven’t fallen yet.

I had a smaller water barrel, 40 gallons, that I thought I would sacrifice as a test.  I filled it three quarters of the way up with water and left it outside  all winter.  It didn’t split or crack.