Things are warming up quickly, but the nights are still chilly.

The temp in my greenhouse got down to 31 degrees the other night.  I’ve been running a shop light in it, but it’s been making a 3 degree difference at best.

I know that the buckets will release heat too quickly just using the sun to heat them.  I was hoping the shop light would stretch their heating properties. Perhaps I didn’t use enough buckets.  By 10pm, the temp was 1 degree higher than outside.  Bummer.

I added a solar blanket. 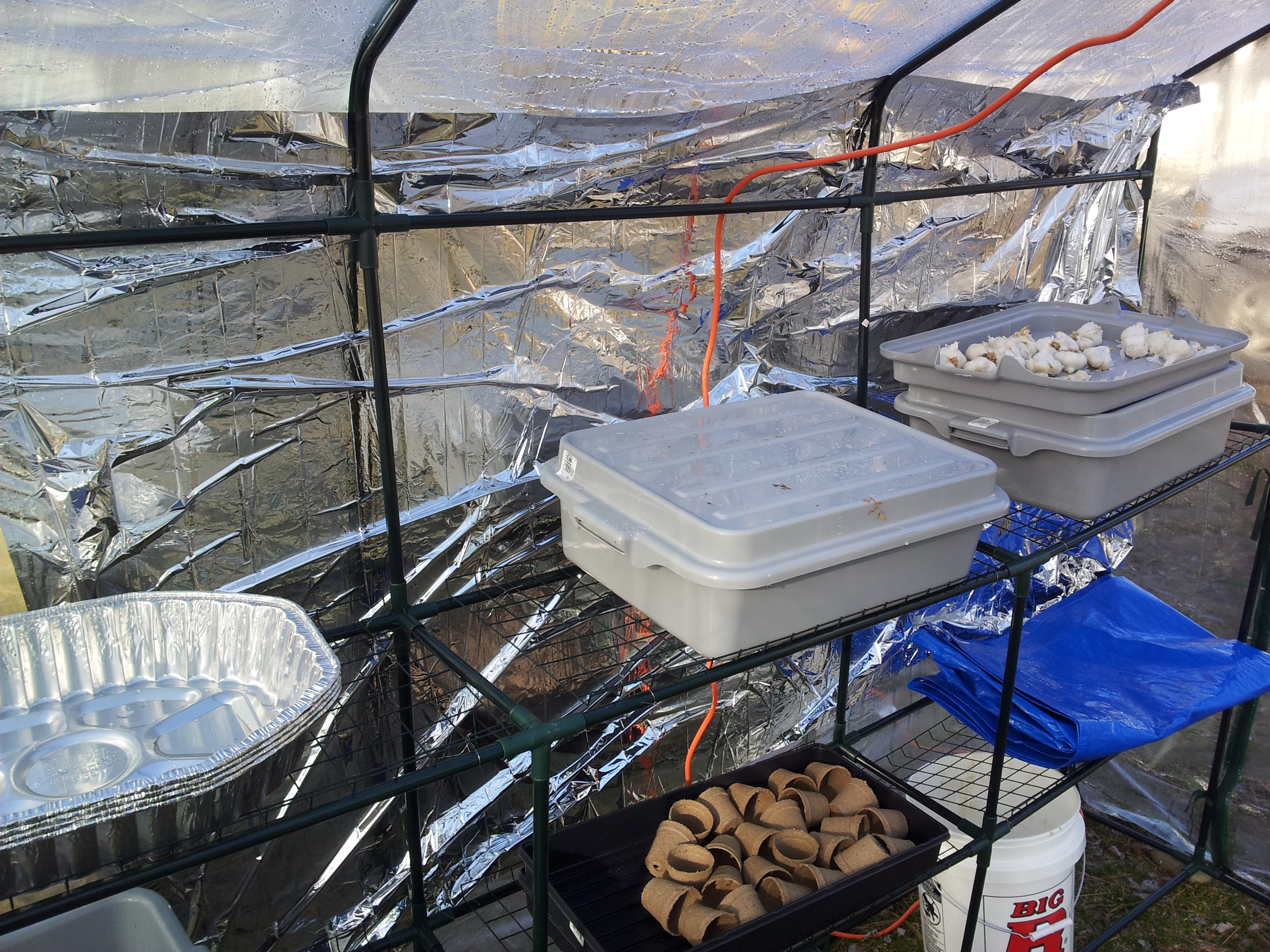 I got this idea from a show called “Dual Survival”.  The idea is that any radiant heat is reflected off the solar blanket back into the greenhouse rather than out the back side.  These solar blankets are cheap.  I ordered 10 for $1 each a year or two ago.

During the day, the difference was incredible… The high hit 89 degrees within the greenhouse.  The temp in the sun outside at the same time was 62.

Conditions still dropped too much at night.  Unfortunately, this is a temporary setup.  I’m not willing to invest in anything like a heat pump.  I’ll have to use an electric heater if I want to keep things above 50 degrees.

8 thoughts on “Keeping the Greenhouse Warm”