We’ve had our six chicks for a week and a day now.

This has been a lot like being a first time parent.  We don’t know what we’re doing but it is turning out okay anyway.

Just for comparison, here’s a pic from last week followed by today… 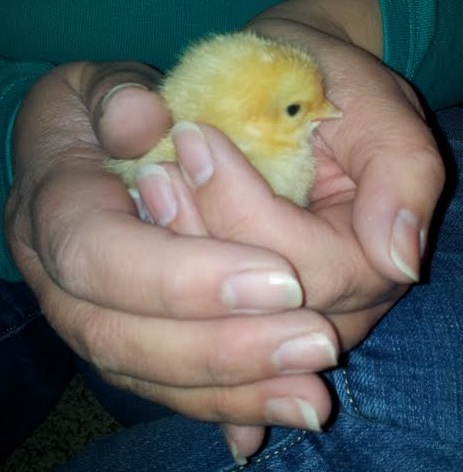 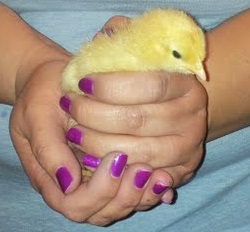 I’m not sure if it’s the same chick, but the hands are the same.  (No, those aren’t my hands)

I grabbed some turf a few days ago.  I installed the clump of sandy dirt and grass in the pen with the chicks.  Things got lively–those little guys played tug o’war with the grass.  The chicks would also take turns knocking each other off the clod.  Sheer entertainment.

Mainly, the changes I see are that the chicks are lengthening.  They have necks now.  Their legs are taller and their body length has increased.

I’ve never seen chicks sleep on their own (without a mama) before.  They lay like roadkill–necks stretched out and beaks pointing straight or even down.  I’ll have to take a pic of it.

We’re using a standard jar waterer, but I don’t like it.  There’s too much water ending up in the shavings.  I’m going to look for an alternative.

One thought on “Chicks at 2nd Week”