I ordered a new magneto for the tractor.

I didn’t realize it, but the magneto I got is different than the original.  The vendor insists it’s the right part, but it has two bolts to hold it on where the original only had one.

I’ve tried putting on the magneto with just one bolt, but it doesn’t stay.  There’s no place to hook the second bolt through, but it looks like there used to be one.

I think the lip I see (to the right of where the magneto goes) must be there to hold a block for the top bolt.  I’m going to try to cast a part for this.  I’ll use aluminum. 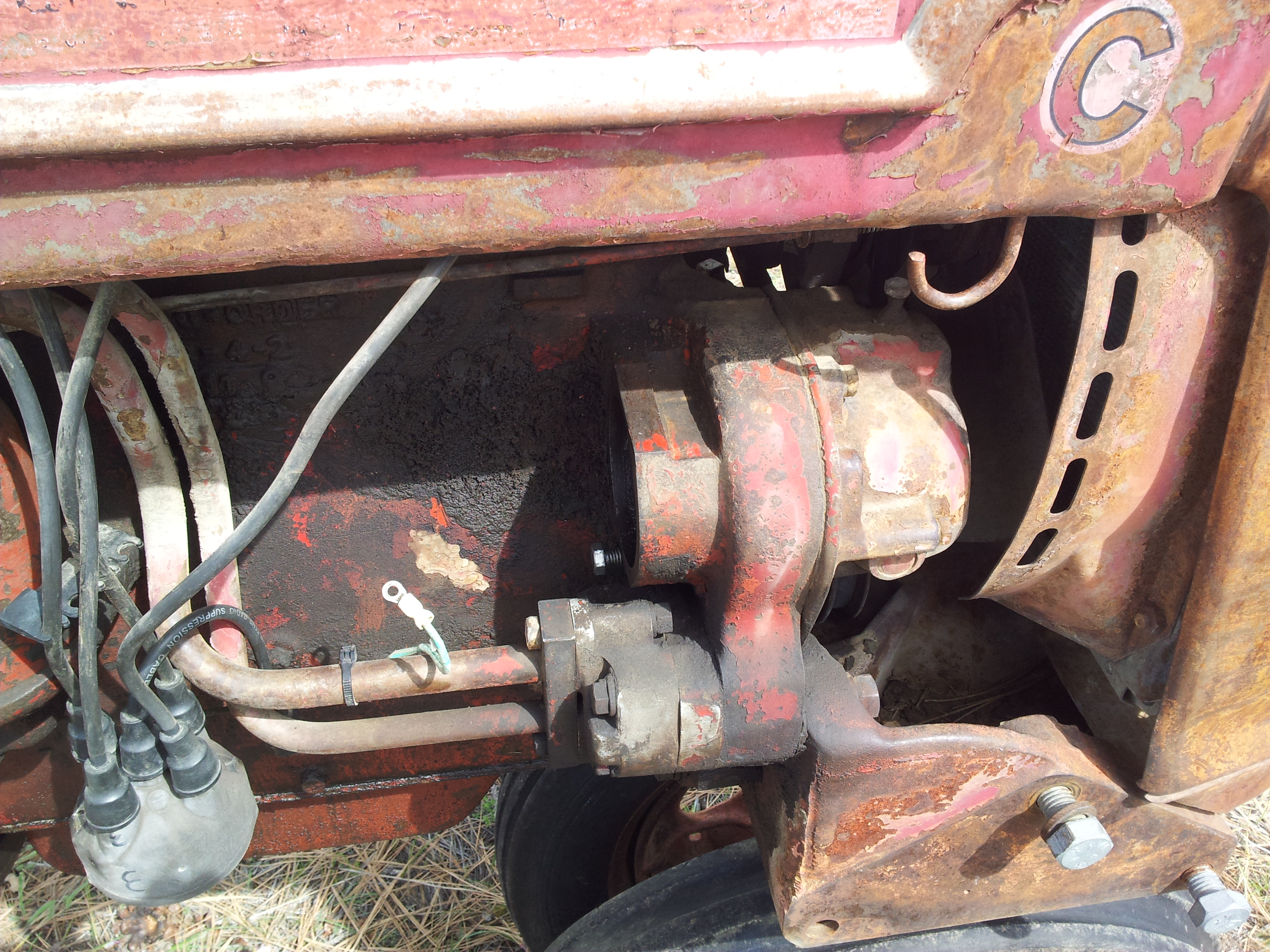 I’m not going to go into every detail about casting–I’m very new to it.  This is just a document of what I did.

Please remember that melting metals can be unsafe.  They can give off toxic fumes, catch things on fire and even burn you.  This isn’t a how-to.  Do the following at your own risk.

I grabbed a piece of soap and roughly carved the shape I want to cast. 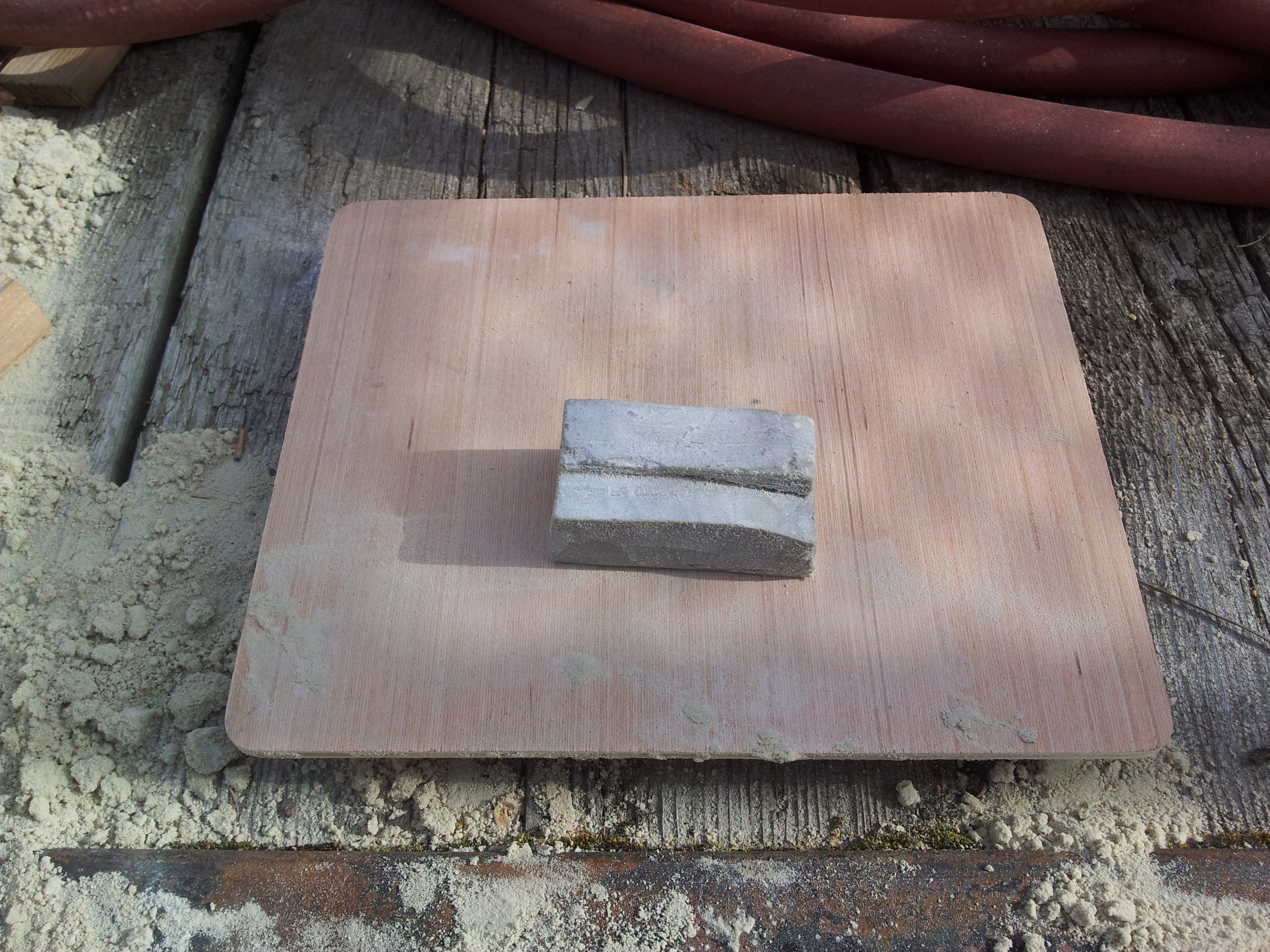 The goal here is to make a sand mold of the model.  I’m not going to get into casting jargon such as cope, drag, flask, etc.

As you can see below, I’ve put a frame around the model.  I’ve also put in a piece of wood that is rounded at the ends.  When I pour the aluminum, I’m going to fill up the area where the wood is first.  Hopefully, any sand, gas, shrinking or other impurities will happen there.  I want the cast of the model to be pristine. 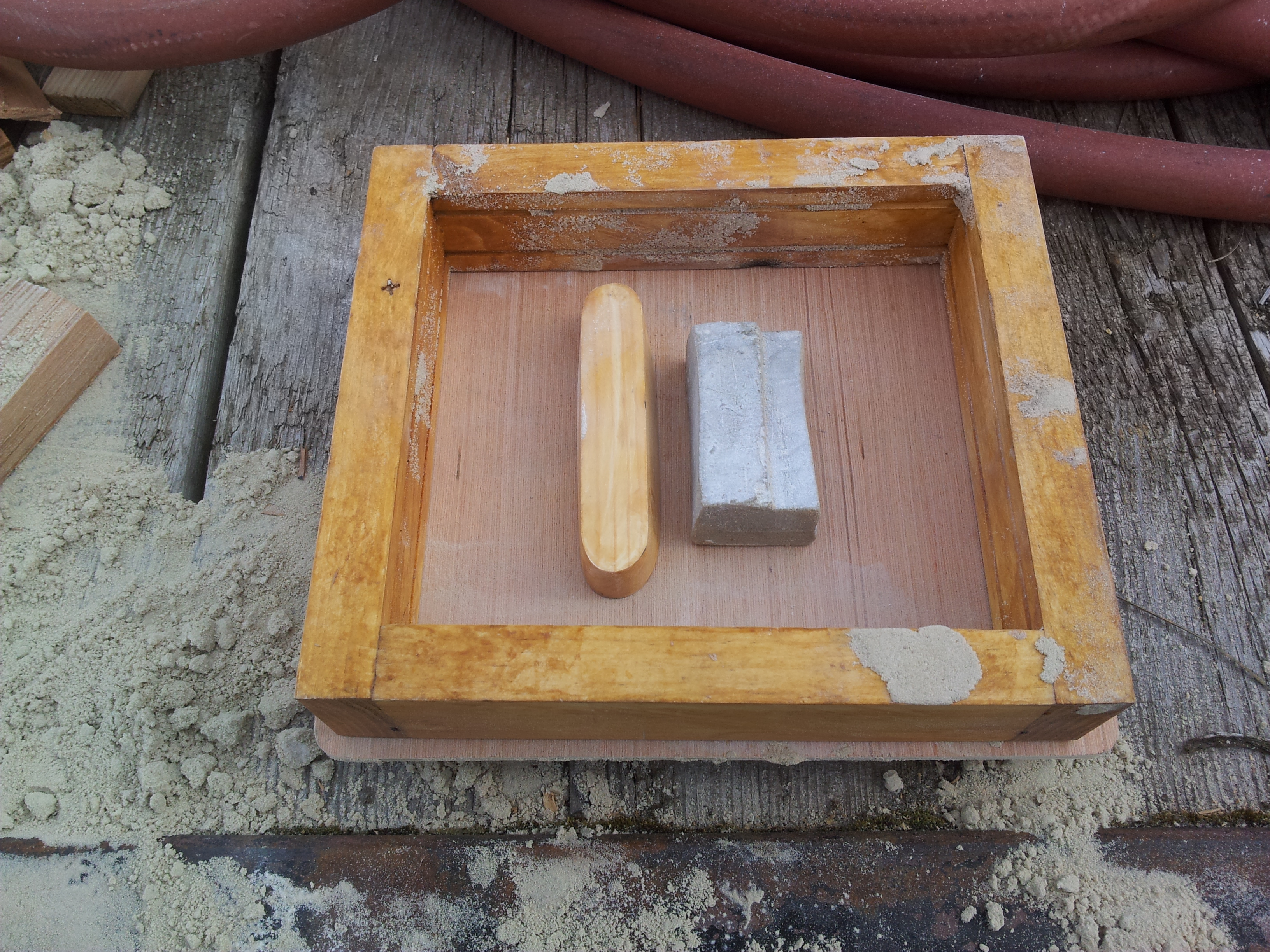 Next, I shake on some powder that will keep my model from sticking to the sand. 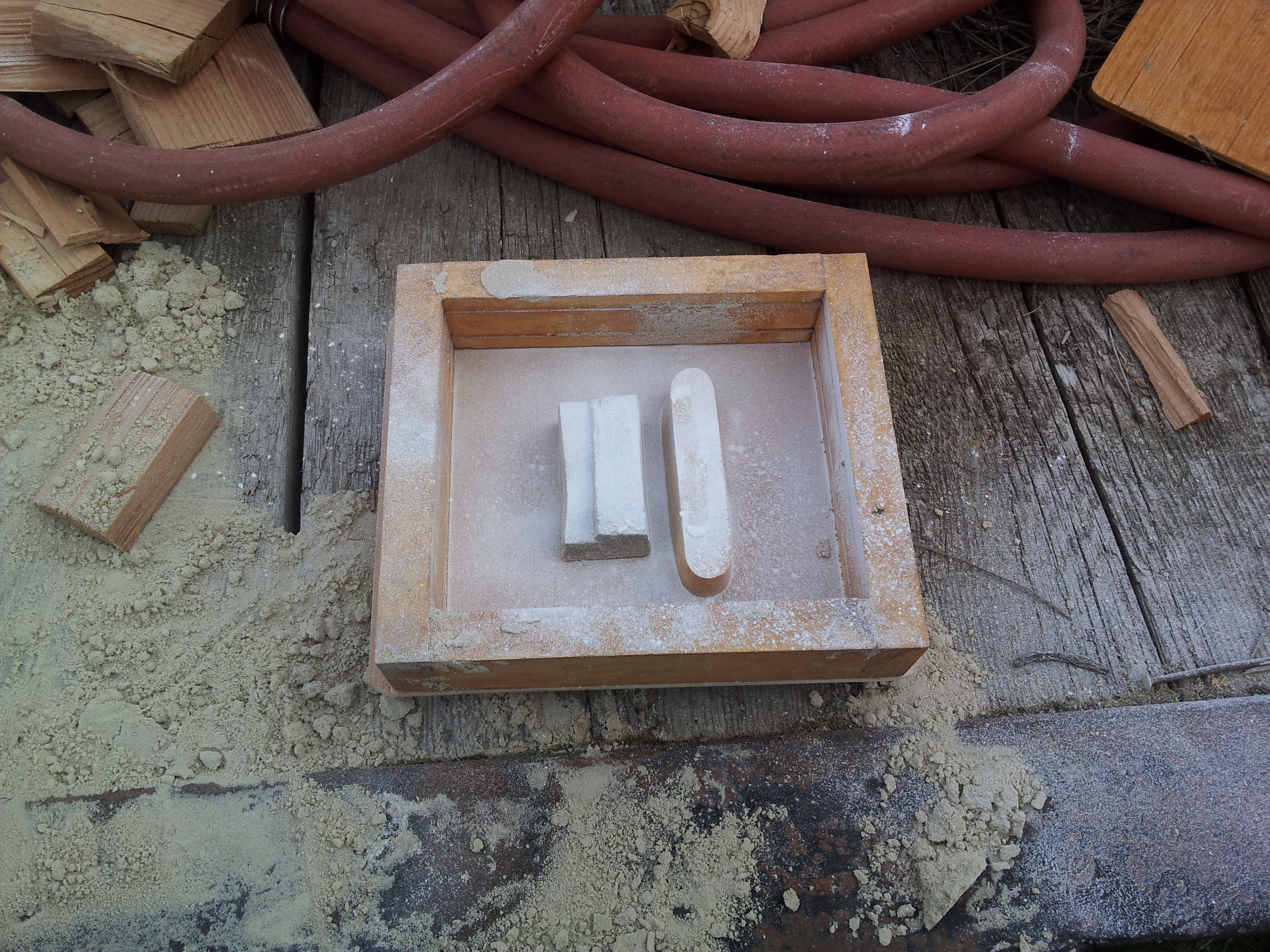 I got too much powder on.  It was a cloudy, windy day, working on the bed of my power wagon.  *shrug*  Not ideal conditions.

The next step involves putting sand on everything.  Initially, I push sand through a strainer onto the model.  This ensures there aren’t any big clods so the detail will be better. 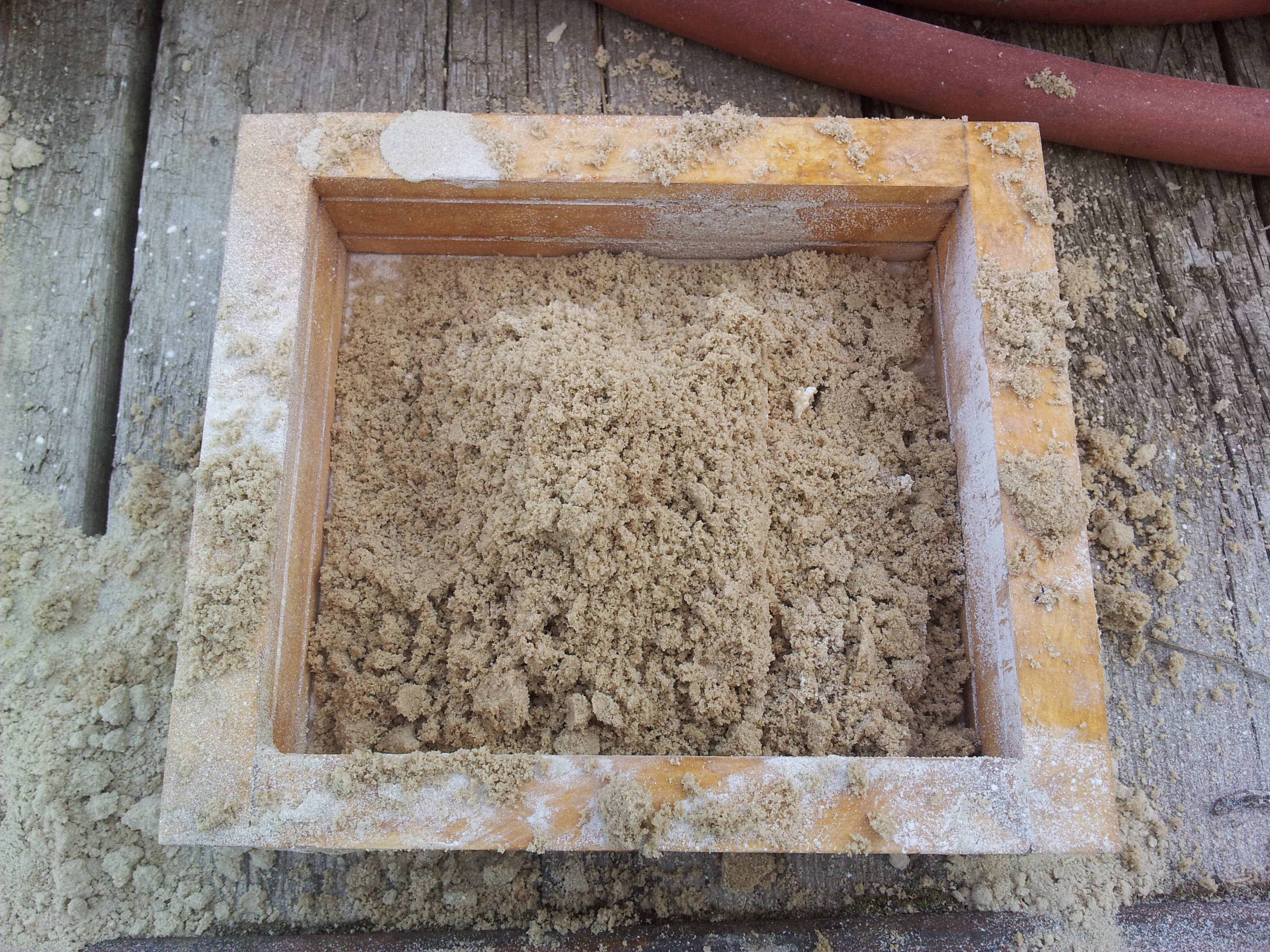 Now I can dump in a few handfuls of sand. 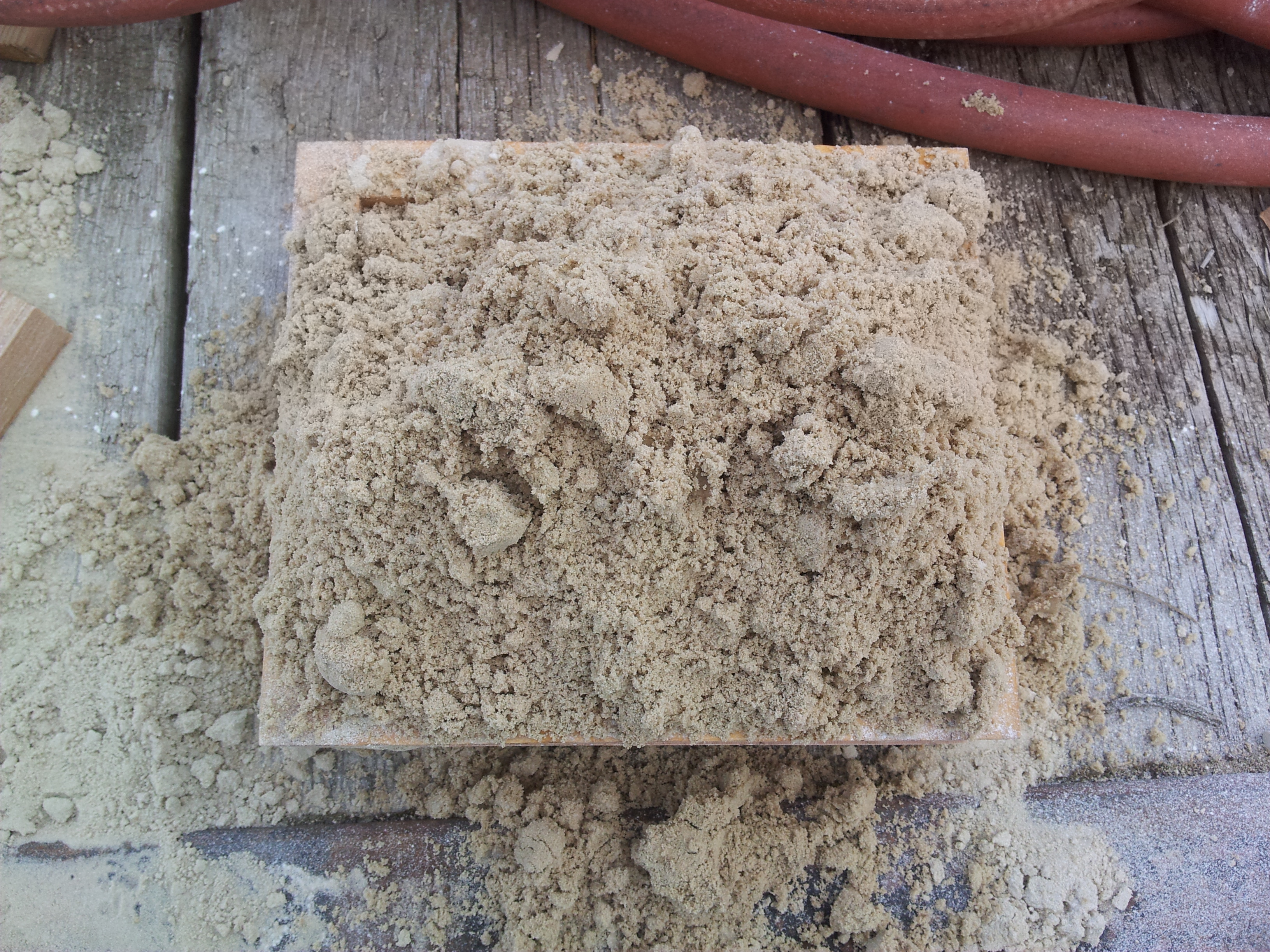 Time to tamp it down and strike off the extra sand. 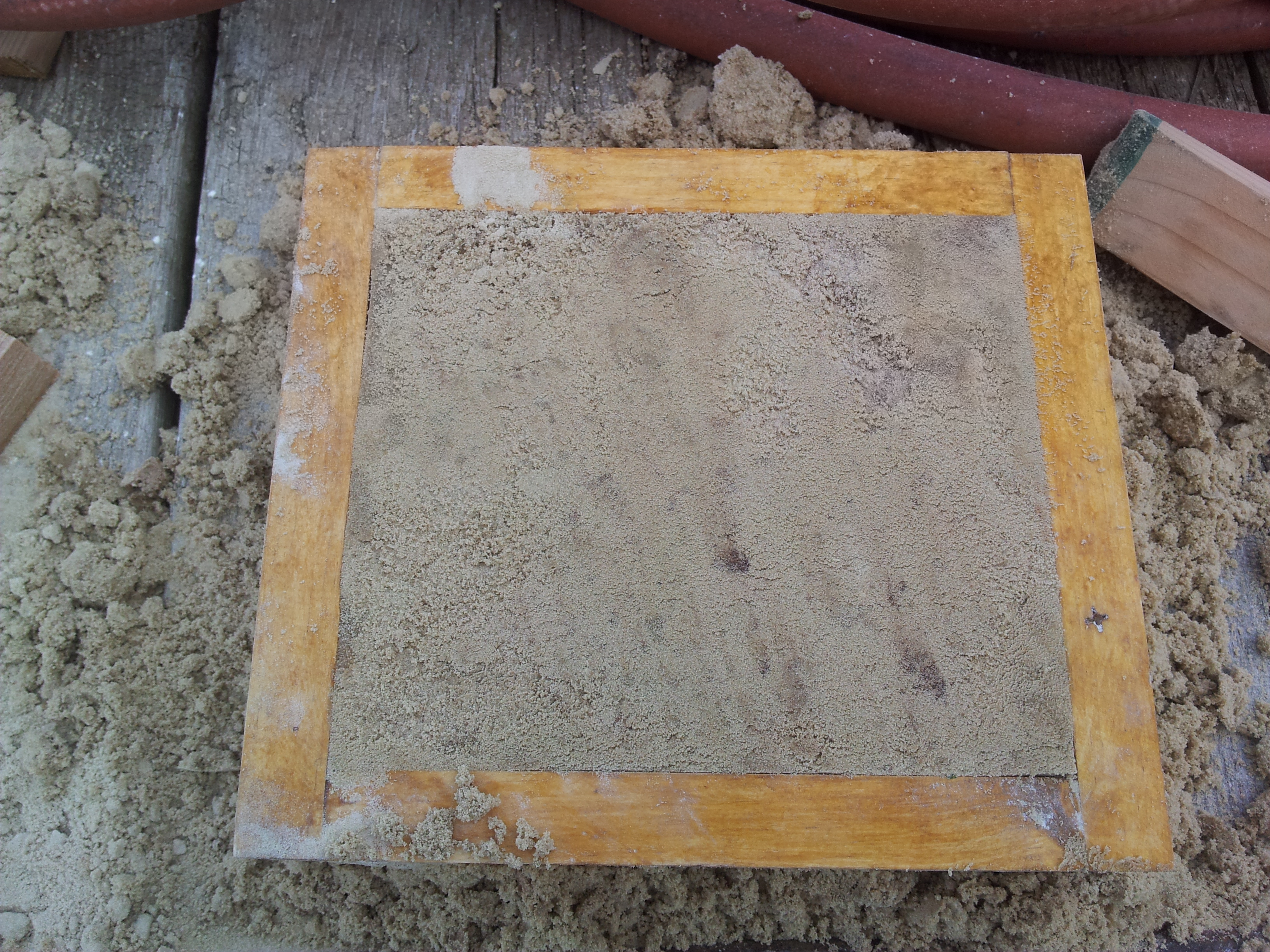 Now I flip everything over. 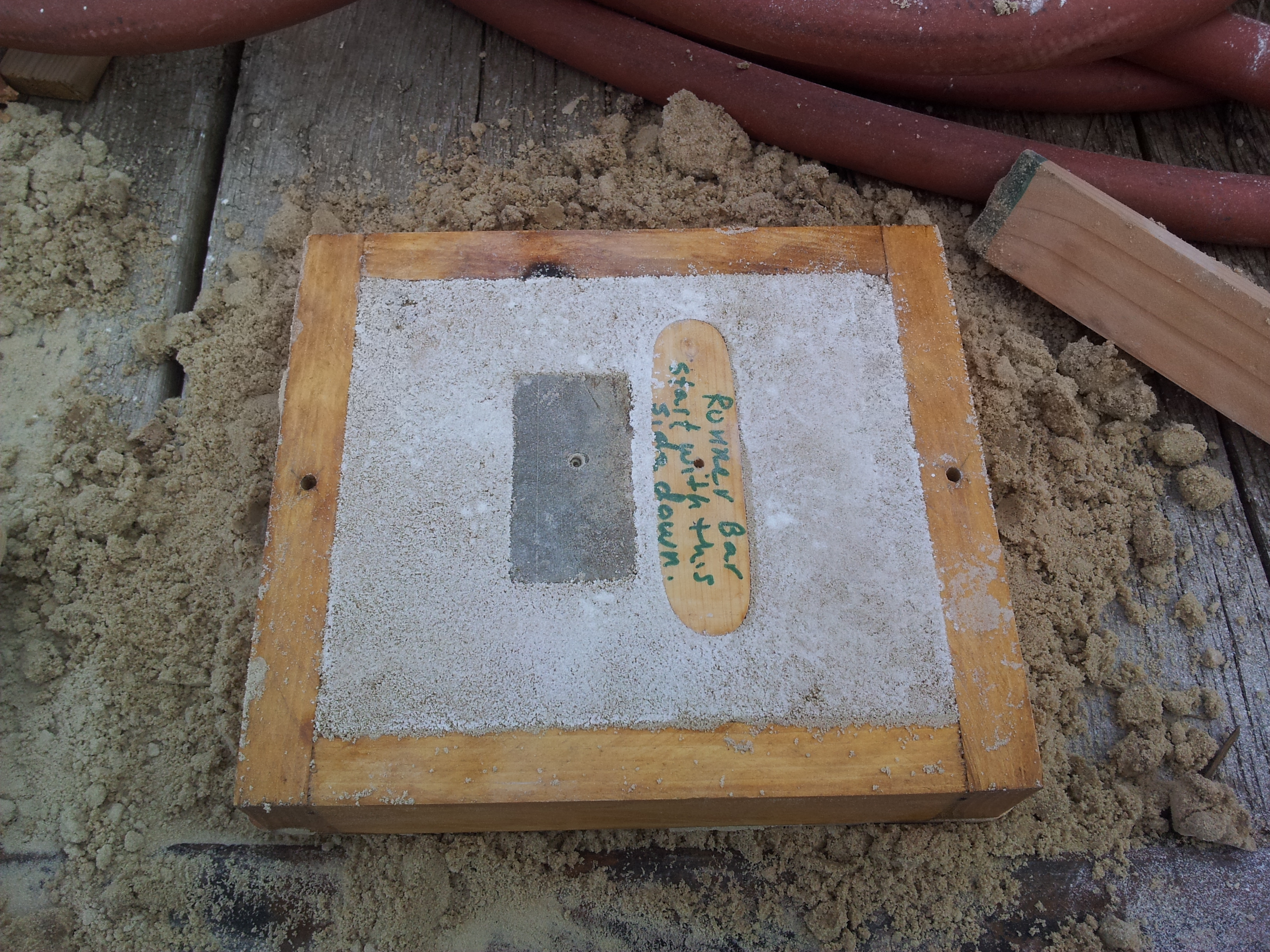 Now I put a second frame on top of the first.  I’ll sprinkle the separator dust and dump in more sand.  Just like before, I’ll strike off the extra sand.  Now I’ll pull the top frame off and start poking a hole for aluminum to enter the mold as well as a hole to allow air out. 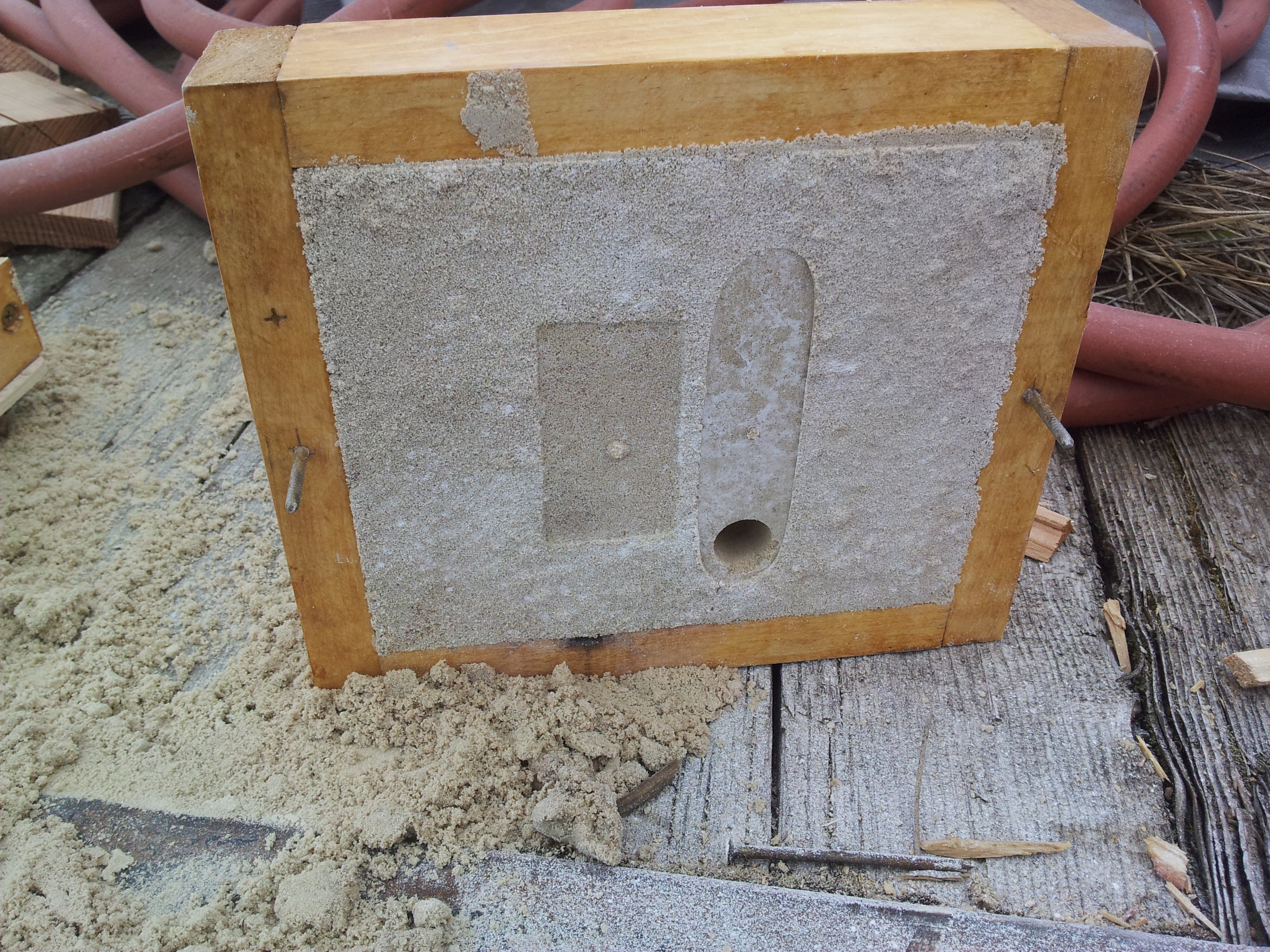 Here’s the other side with both holes done. 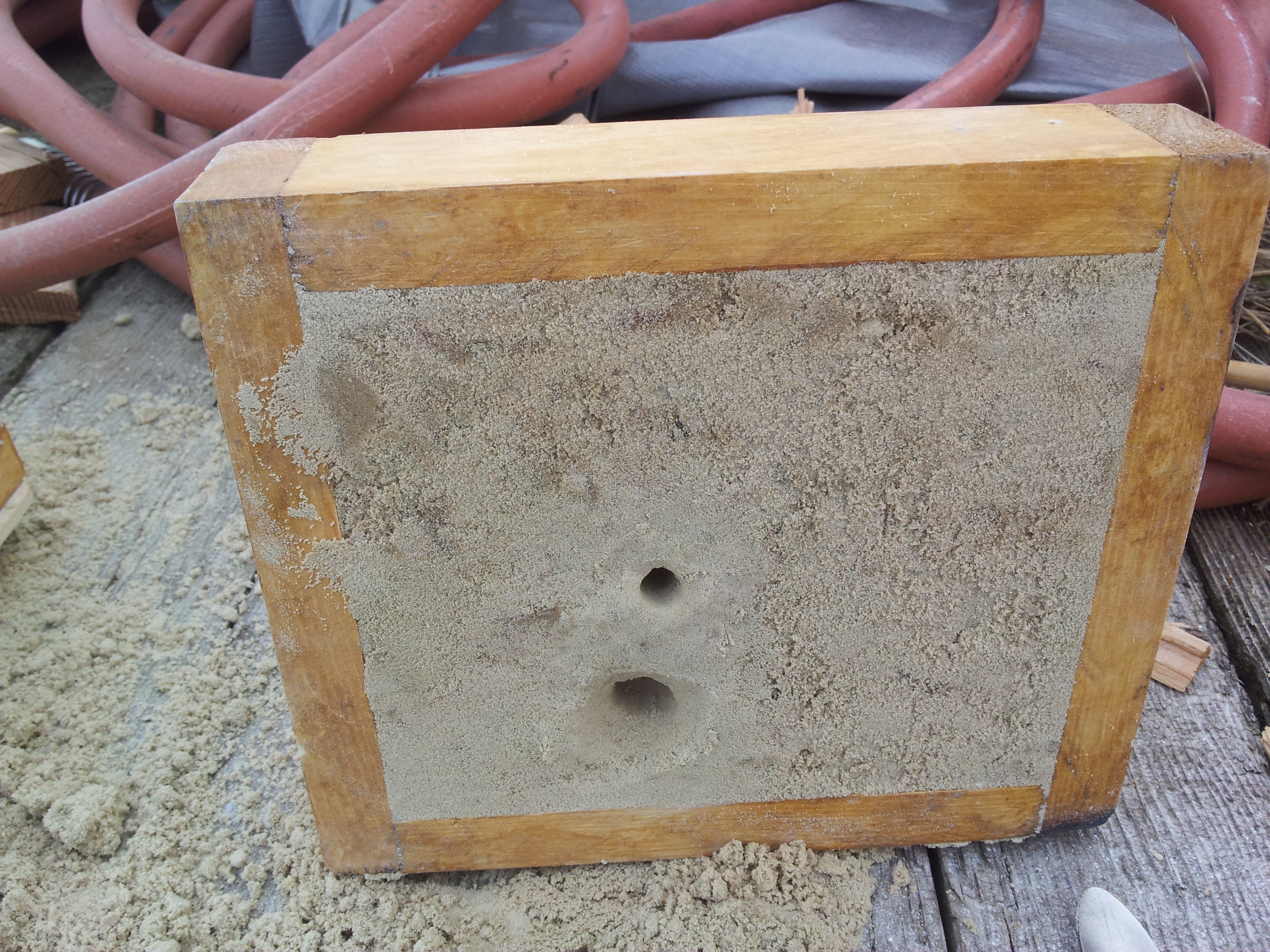 I put this frame back on the original, making sure that I put it on oriented to its original position. 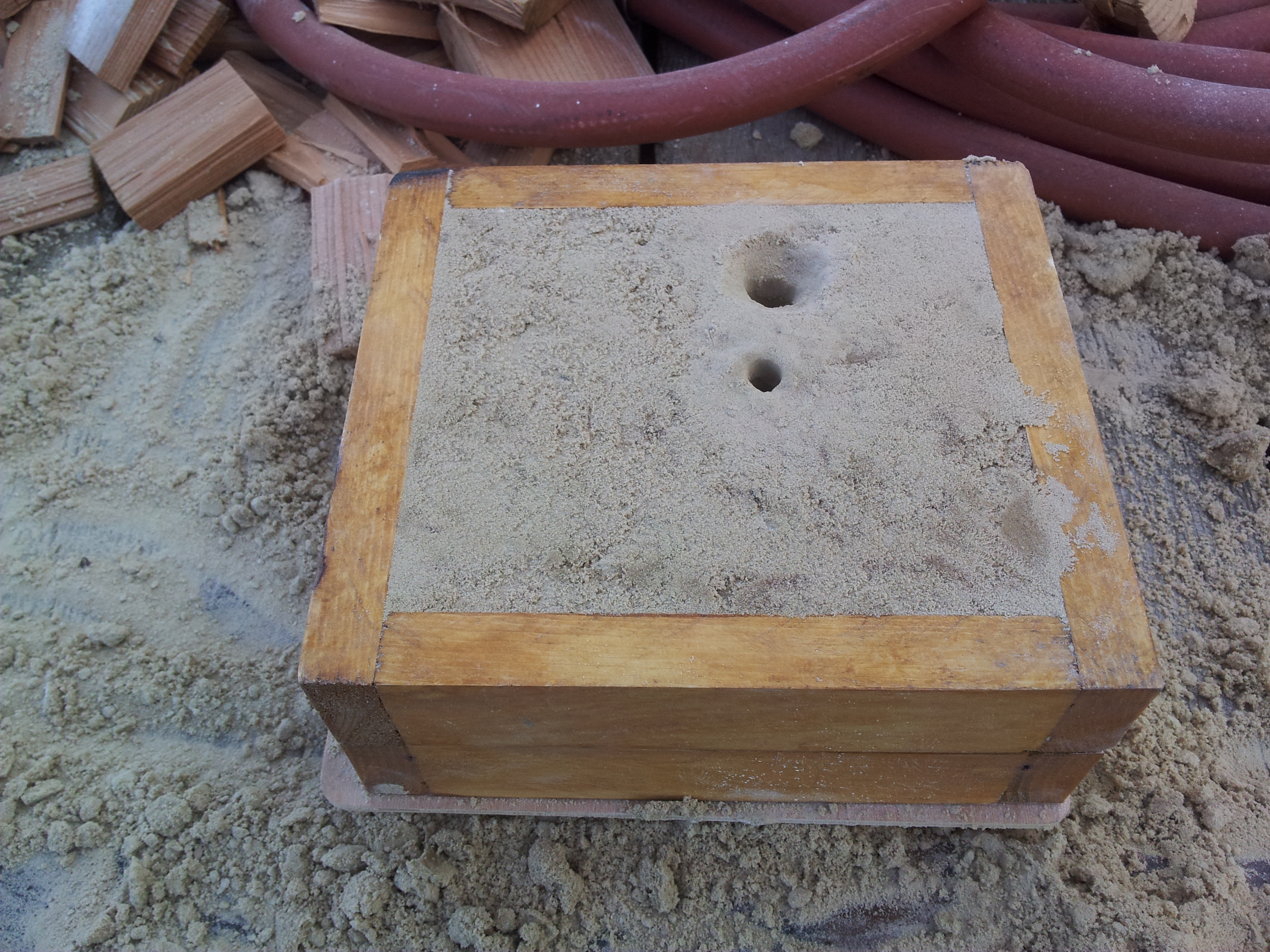 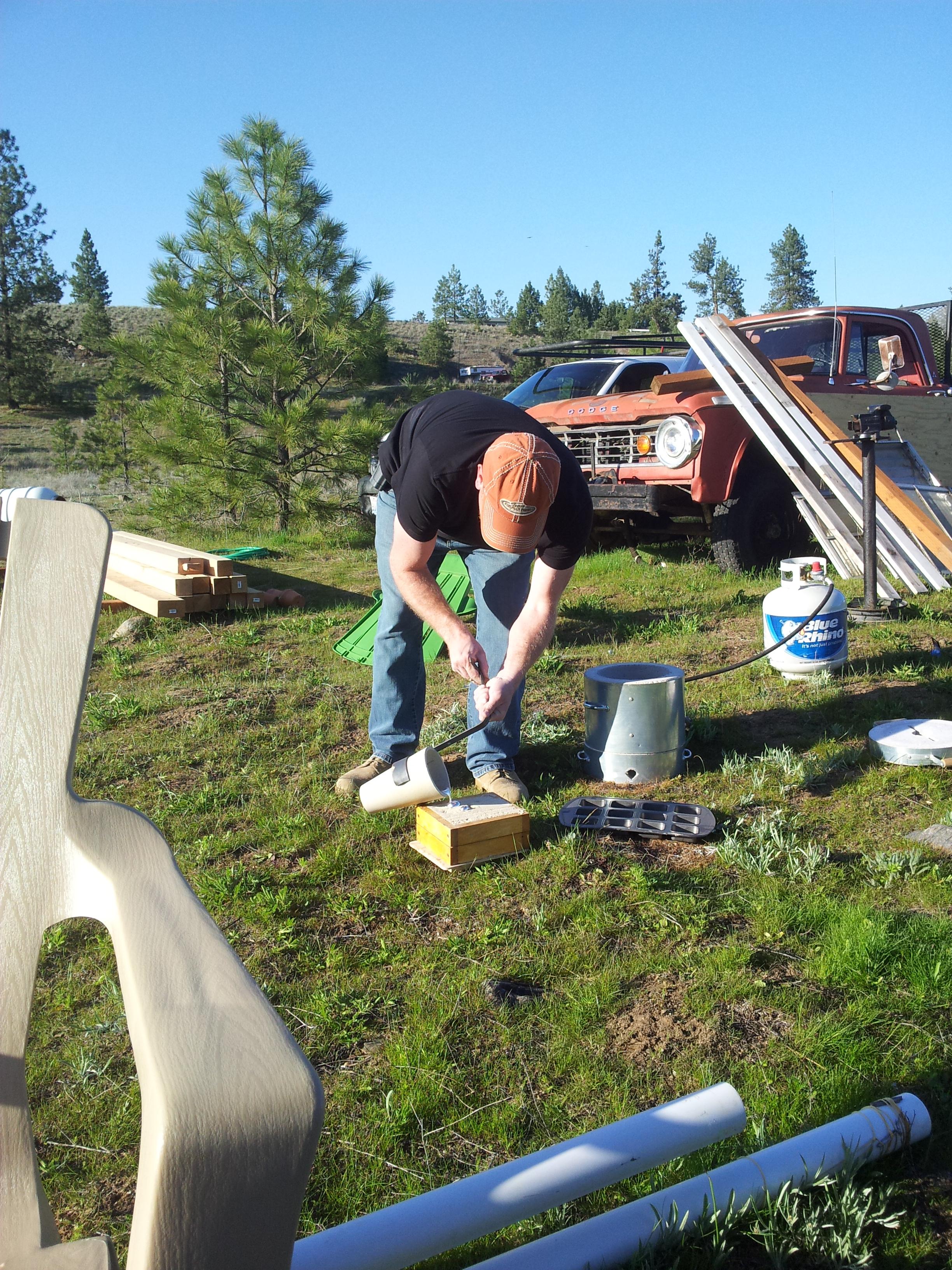 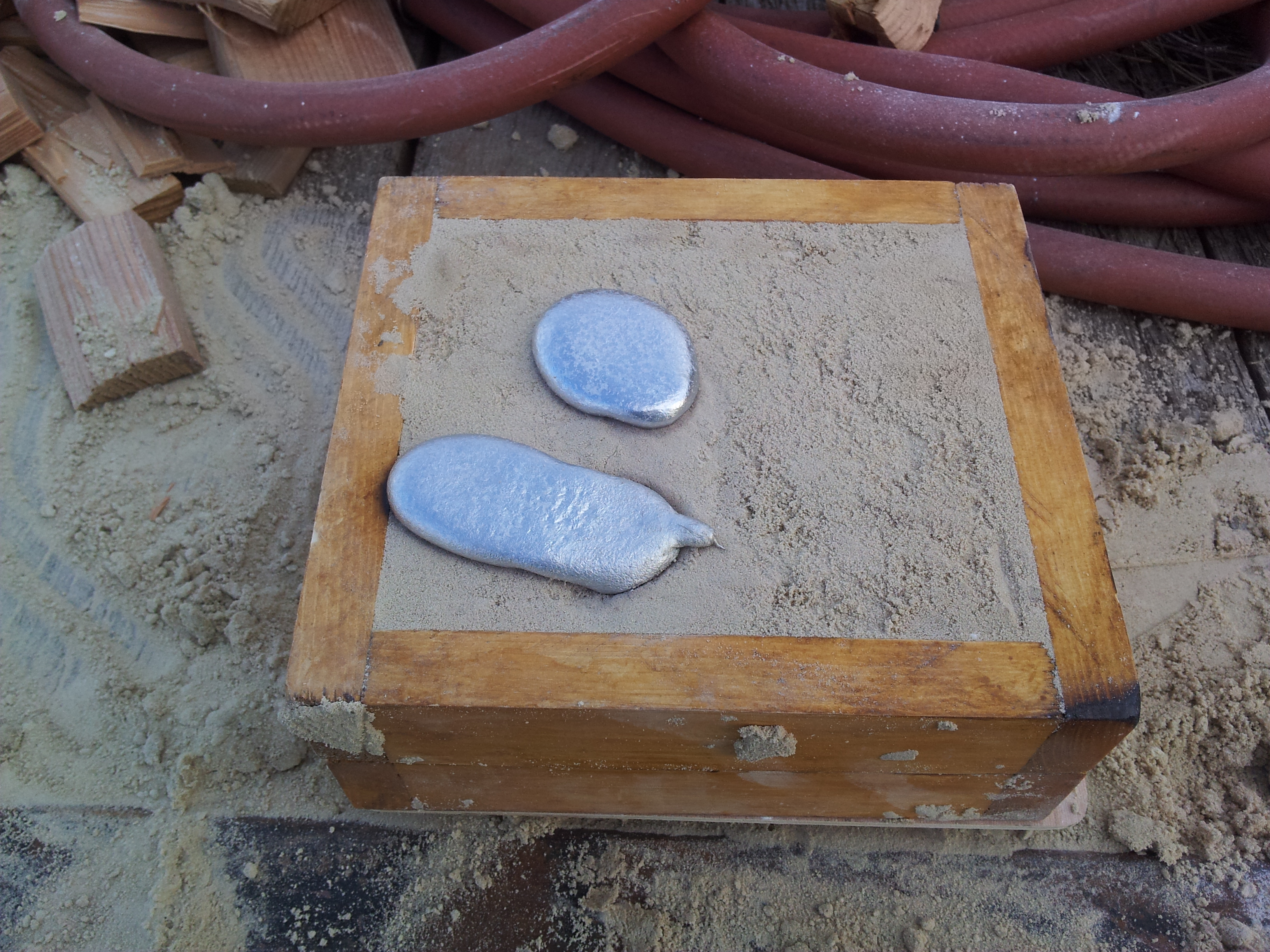 Here’s the result next to the model.  It doesn’t look very good.  I had planned on cleaning it up a bit, but I may pour again. 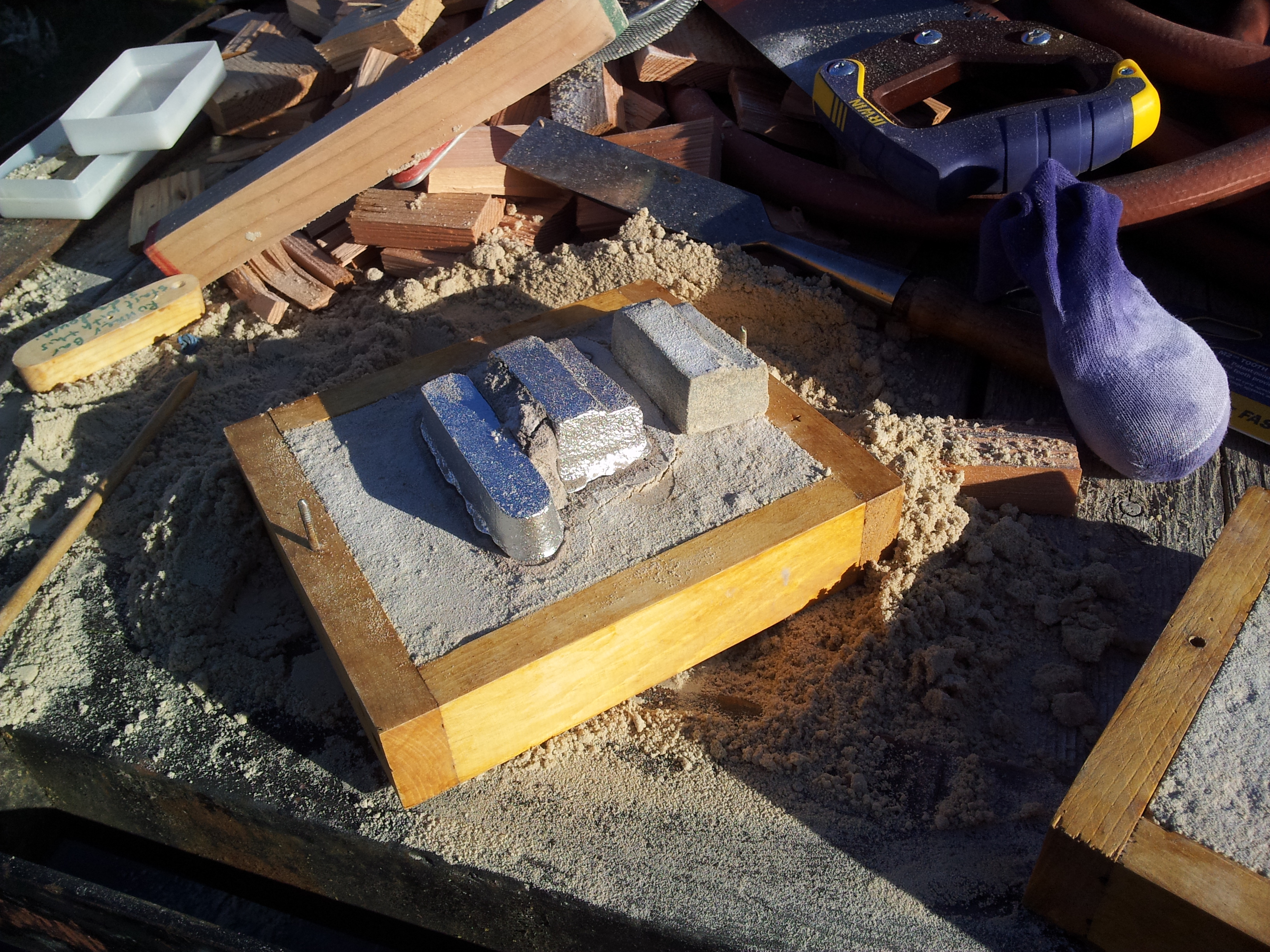 If I use the casting, I’ll cut off the extra metal and file everything.  I’ll also drill a hole for the magneto bolt.

I decided to clean up the casting.  It’s as rough as a cob, but it won’t take much effort to get it smoothed.  I cut off the extra aluminum and put it in the vise… 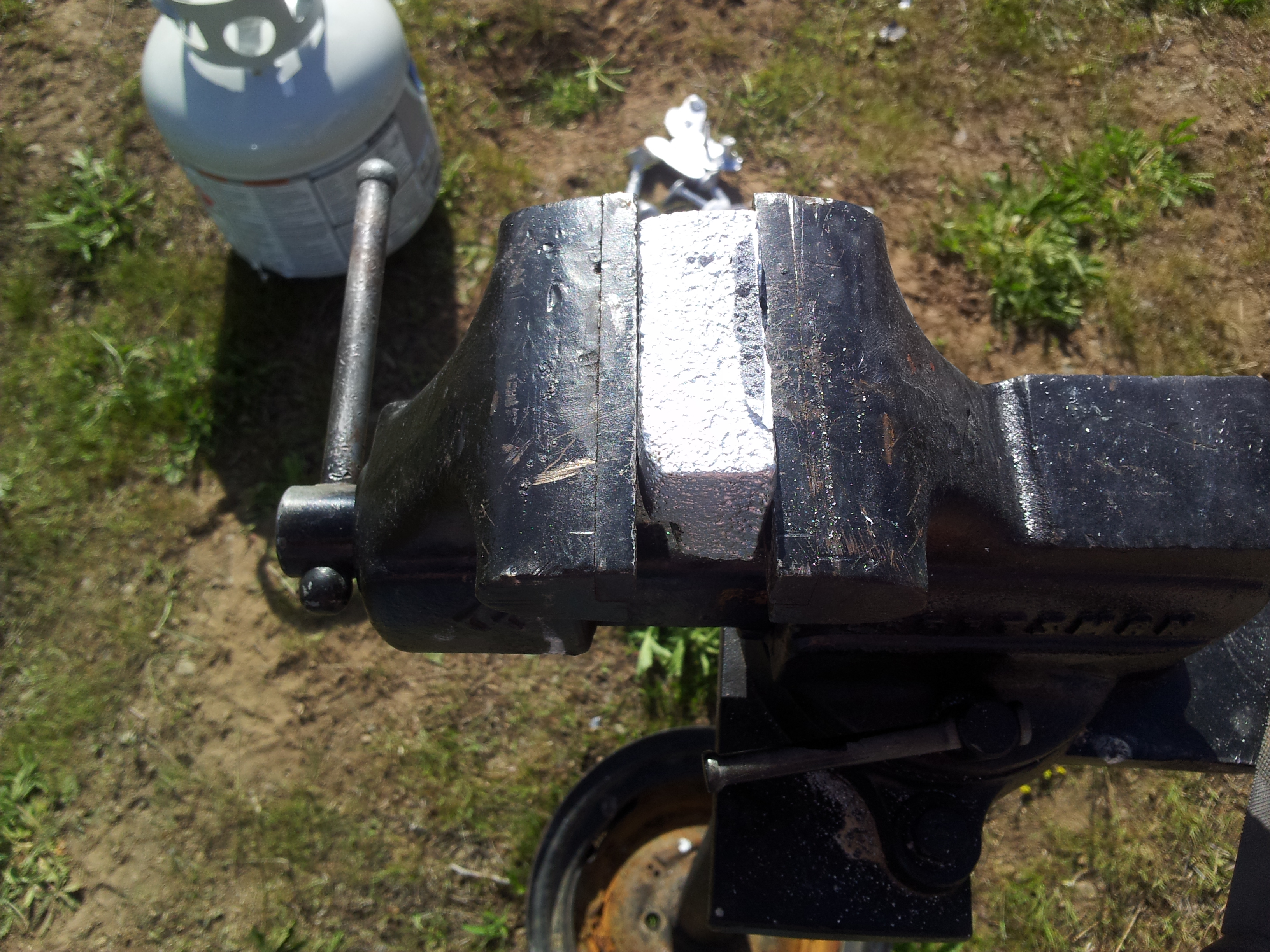 The piece started looking good after a few (dozen) passes of my 3-sided file.  Nice shine! 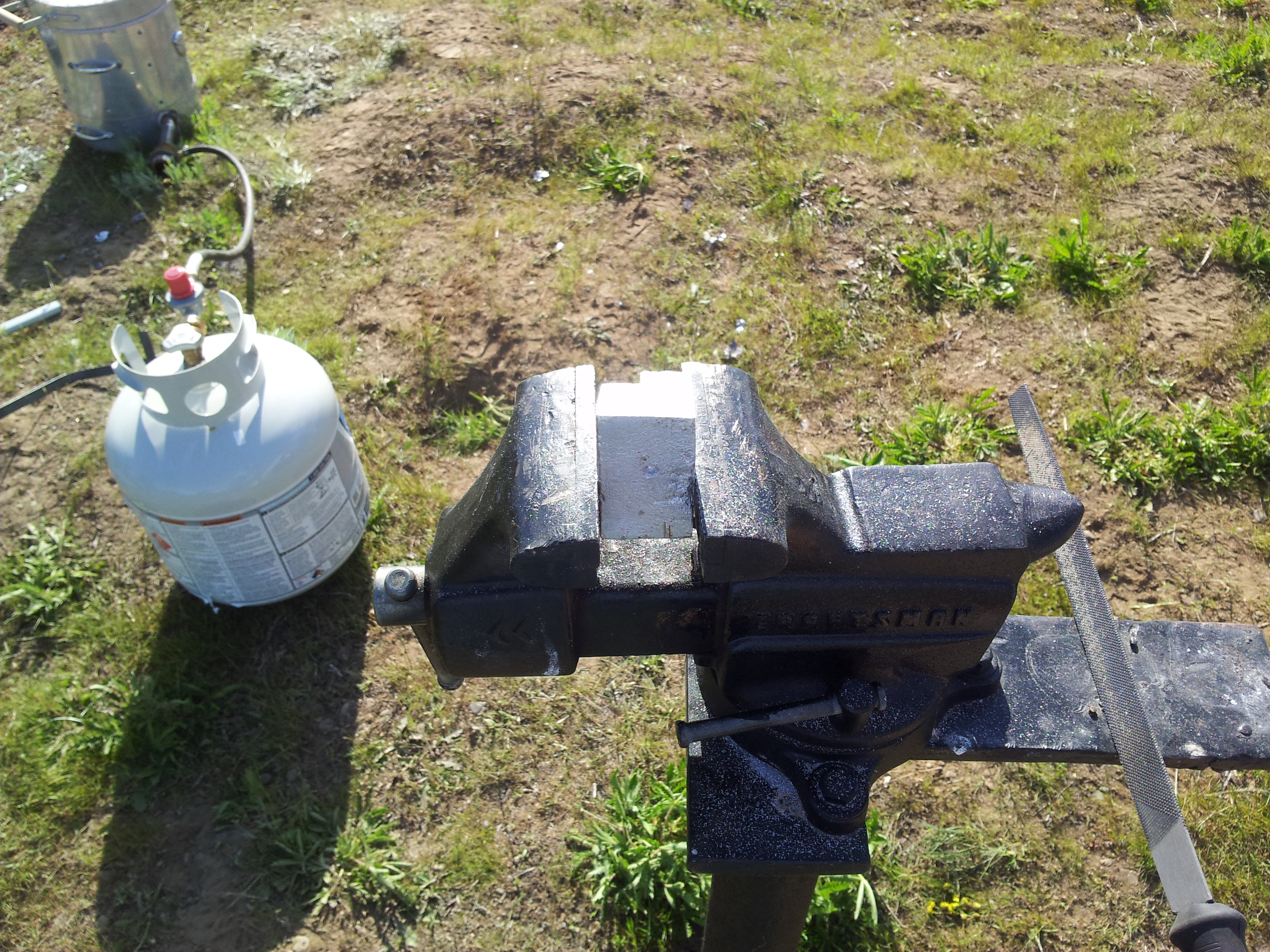 The next step involved my drill press.  I drilled a pilot hole most of the way through the block and followed it with the size of drill bit I needed. 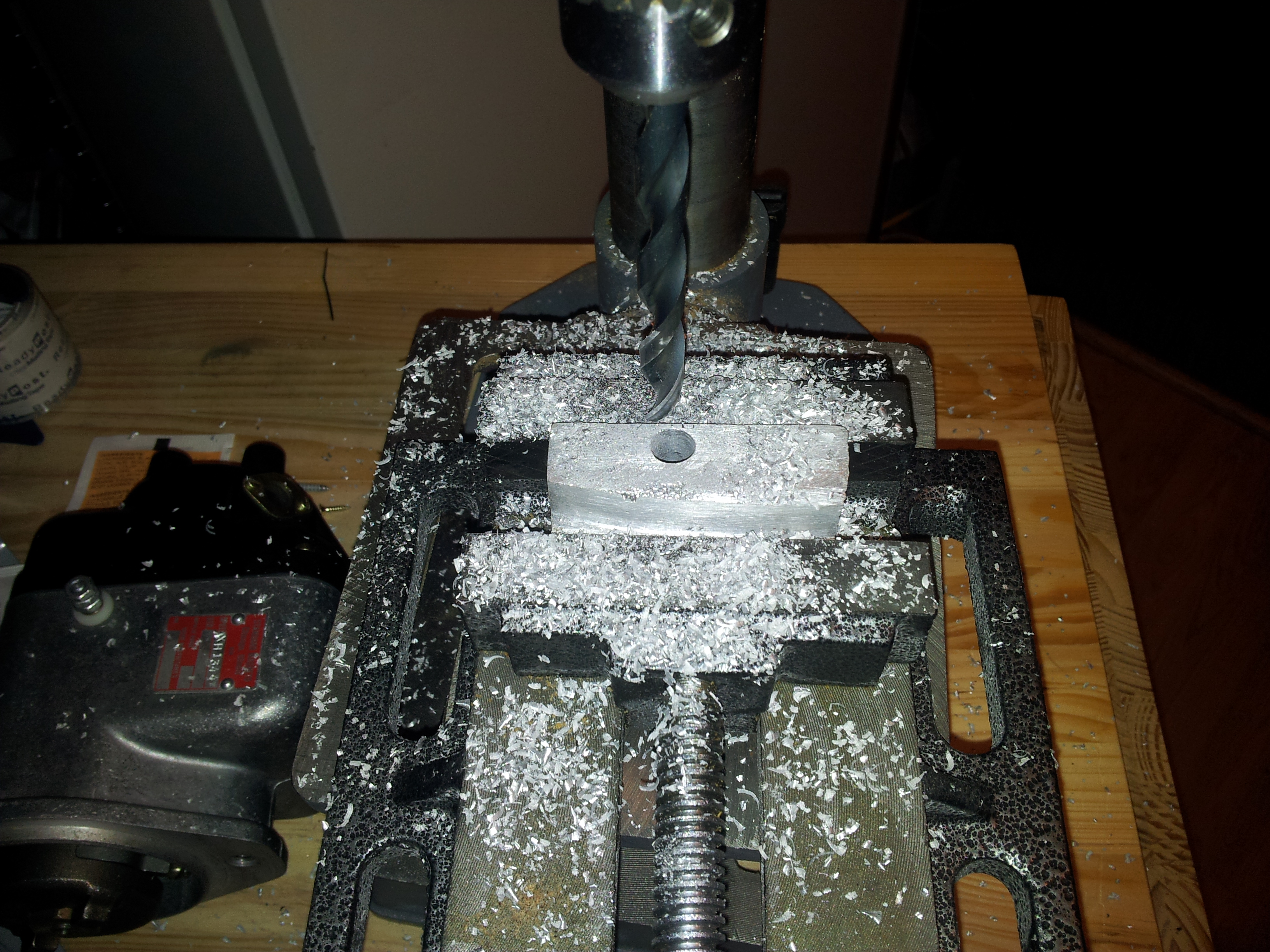 All done.  Time to bolt it to the magneto. 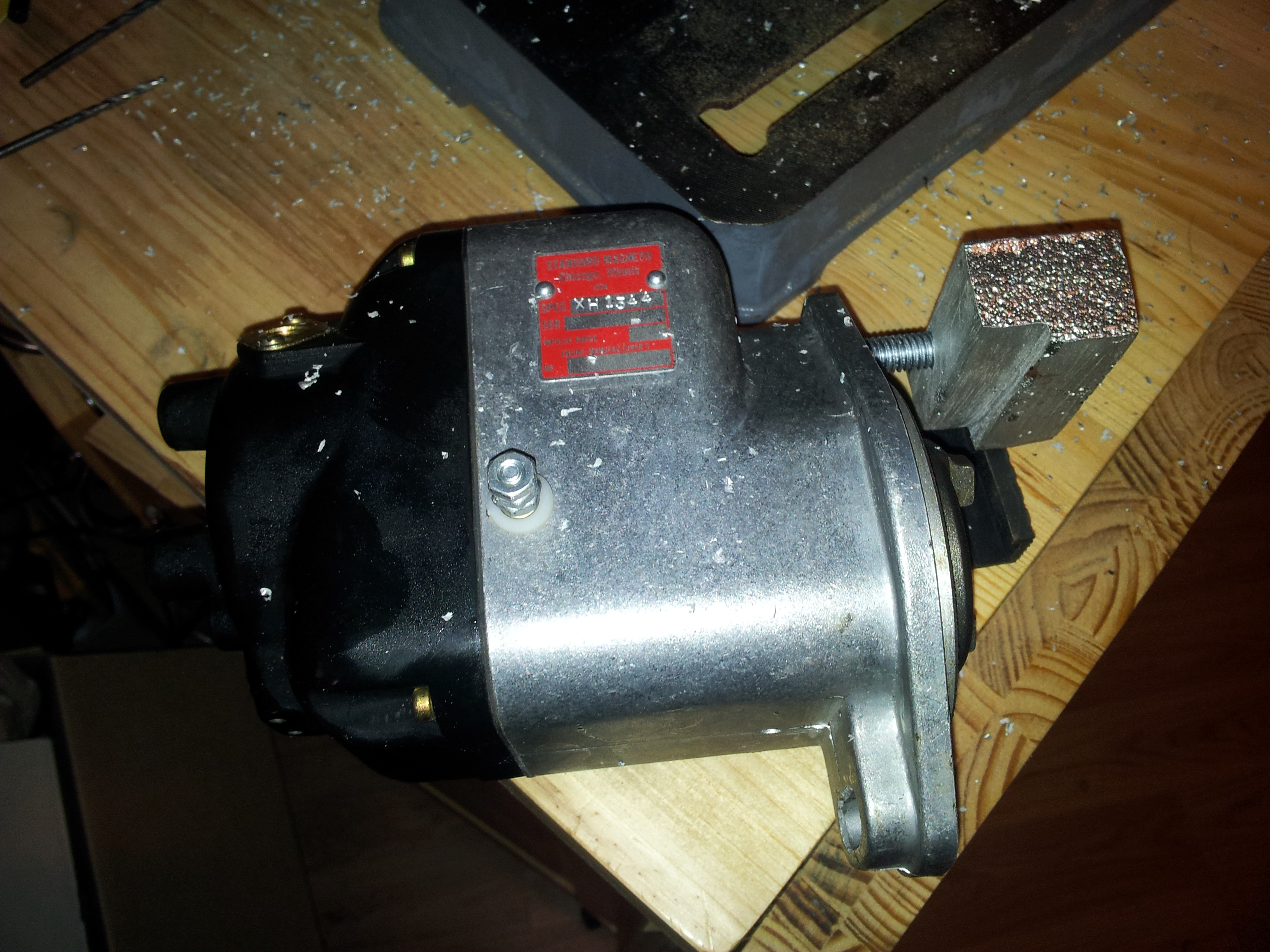 I’ll take it out to the tractor in a few days.  Hopefully I’ve measured well!

2 thoughts on “Casting a Part for the Farmall C”