We became foster parents to a new hen a week ago. Her former family called her Spicy Wings (and they wonder why she doesn’t like people?) and she was not thrilled about being caught and moved, but she did great.

We introduced her slowly to my chickens and let her move at her own comfort level. Within an hour, she was eating and drinking, which was a good sign since she’d stopped doing that at her former home. A couple of my chickens thought they would show her they were the boss of the coop and she showed them she wasn’t up for their juvenile ways. We laughed a bit at how my chickens observed her, and then started doing more ‘adult-like’ actions than they had before. They are even clucking now.

The next morning she hung out in the coop for a bit while the others went out. Hours later, when we went to check on her, she was gone. Oops. She flies. She apparently inspired my chicks to attempt the same because I end up getting one of two that will fly out of the coop now. Thankfully, they don’t go far, and they seem to appreciate when it’s time to get back in with the others. Too bad she didn’t teach them how to get back in.

Anyway, I pulled up one day to put the chickens in the coop and see Spicy Wings outside the coop. Yippee! I get out of the car, walk to the back of the coop and she is nowhere to be seen. What? Am I seeing things?

A couple days later we are up walking on our terrace, checking out the grapes and I see a copper bird down by the chicken coop. I ask the hubby, ‘Am I seeing things, or is that the other chicken down there?’.  He confirms it’s the other chicken. I go down a few hours later to put them in the coop and she is nowhere to be seen, until I look up in the tree and there she sits. She quietly watches me make my rounds with the chicks and geese. I talked to her and left her some food where she could get to it, and thankfully, had my phone on me so I could snap some shots of her up there. She’s pretty photogenic. 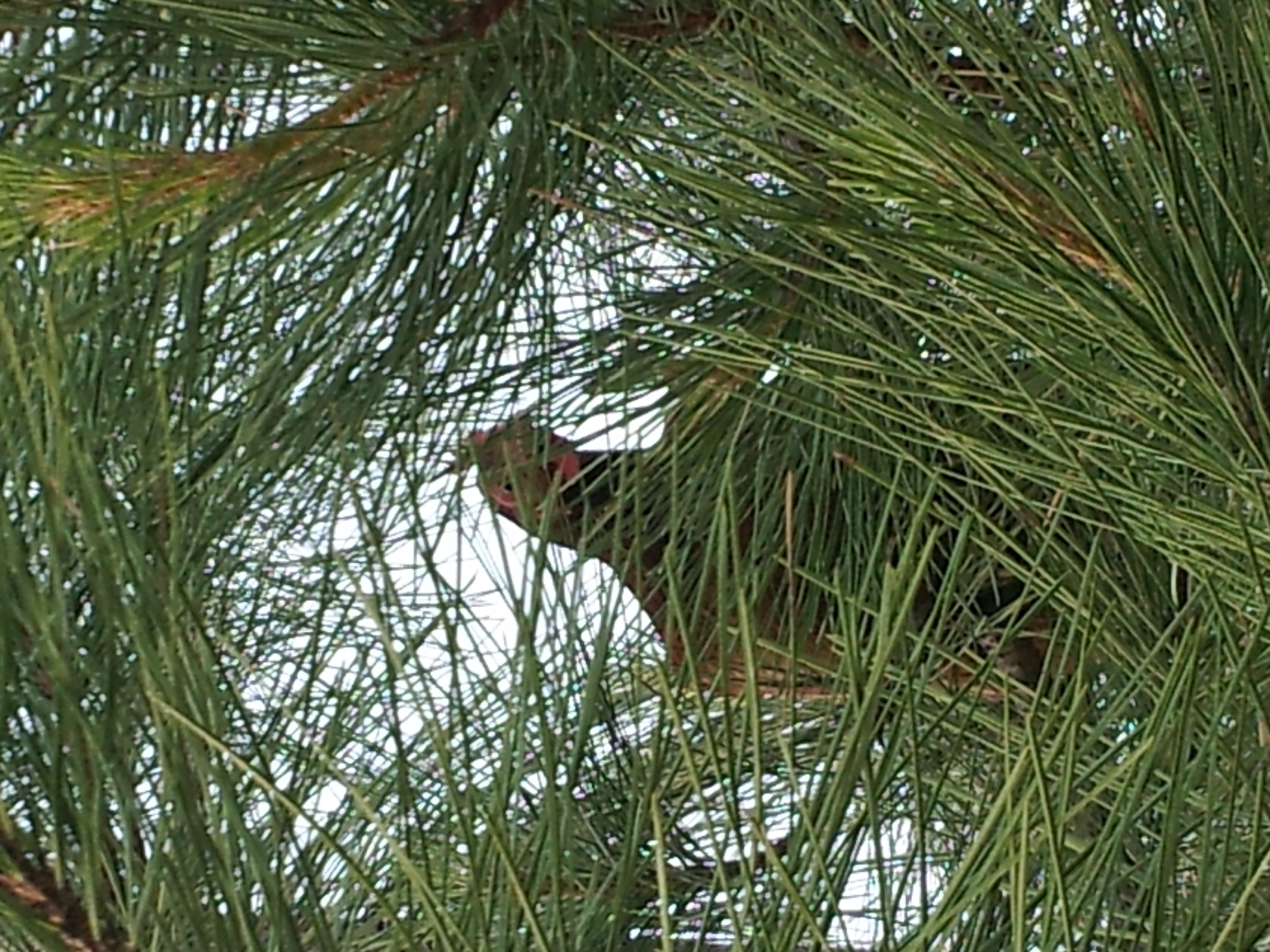 So she is hanging around and I’m cool with that. I hope she is happy with us and our little gang.