I can finally admit that I was a little overwhelmed with all the things I was being put in charge of when my husband ended up leaving town for work. Take care of the house (we were still moving into), the kids, the animals, the plants/watering, and the AP system. Sure, no problem. How hard can it be?

The other night I was working in my room and heard a huge racket from the birds. Sometimes they just squawk to hear themselves so I didn’t think much of it, but it was getting louder. Then I hear honking in between the squawks so I looked out the back door and see one of my poor chickens trapped in the goose pen running from the geese.  I kept watch and yelled at one of the kids to run out and save my poor chicken. The chicken was cornered and flat on her belly while the geese were sticking their bills into her back. I can’t see that it hurt the chicken, but it was not a sight I want to see again. I felt like the parent that pulls into the school yard and sees their child is the one that’s being bullied. My daughter wasn’t thrilled with me sending her out there either, and feels like the chicken should learn its lesson not to get in the goose pen (someone is a bigger fan of the geese). 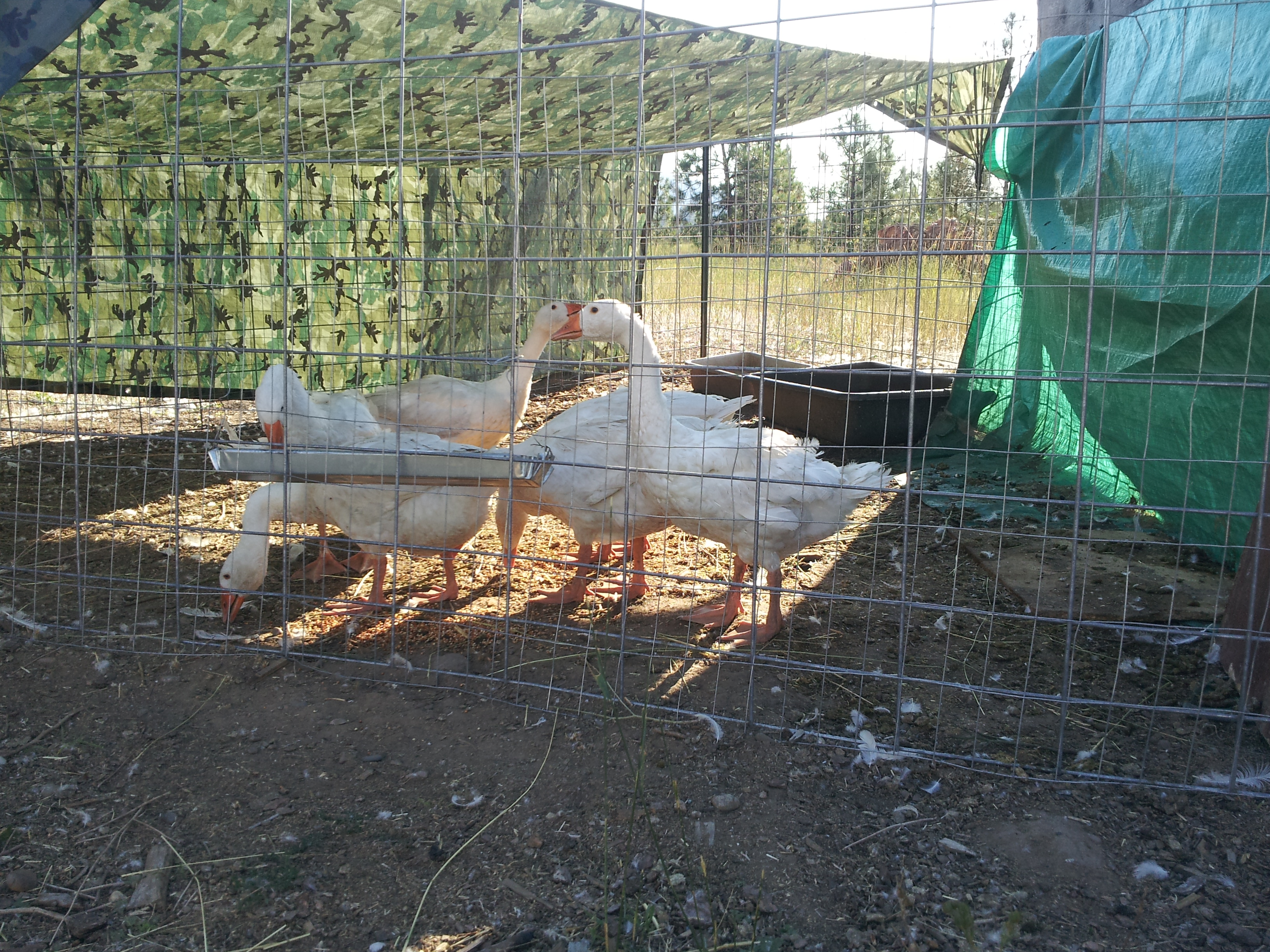 I try to send pictures of the progress of all the plants to hubby while he’s gone.  I have gotten to the point where taking pictures of corn growing is fun. The other day, I went out to take pictures and find 6 chickens eyeing the corn like it’s a field of grubs. I love that they aren’t scared of me, but it sure makes trying to chase them out of an area interesting, and humorous.  I’m so glad the kids don’t have a video camera to catch that magic.

Am I the only one to admit that I talk to my chickens as if they can understand what I’m saying (and as if they’d care if they could)? They aren’t the brightest animals I’ve ever seen, but some days they make me laugh, and when they follow me around the property like their mama, I can’t help but smile. 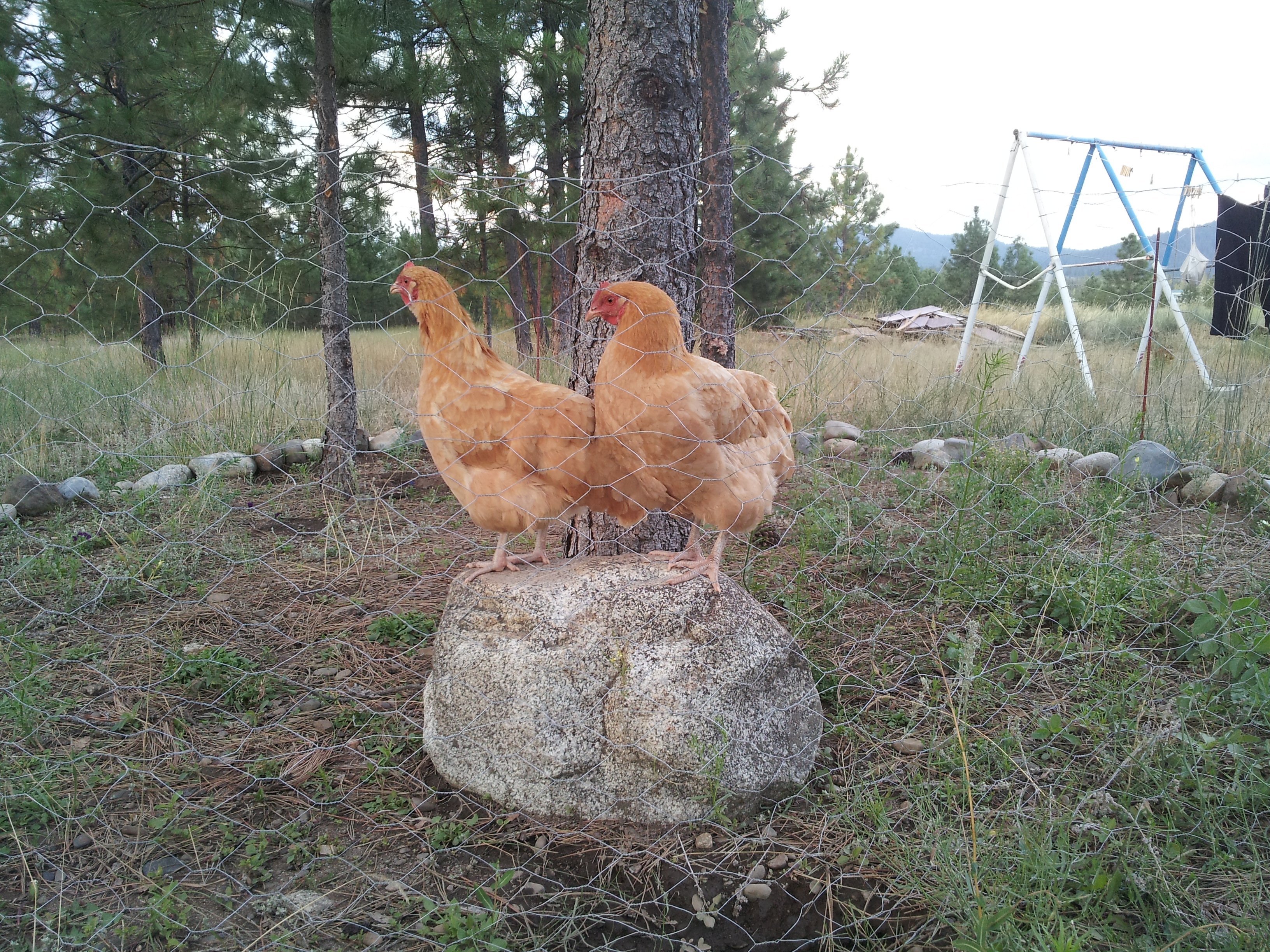 wrong side of the fence

Most days, the chickens feel like pets rather than dinner a few months or years down the road. I don’t know how well I will do when those days come. Especially since our guesses at this point are five roosters and a hen. I know part of having animals for food is that one day, they will be on the table, but I’d hoped they’d all be hens and I would get to wait to cross that road a few years from now. I’m talking to a gal that knows someone with extra laying hens that have already started laying so I’m hoping to get some of those so my poor tomboy has someone to teach her the ropes of laying. I’m also hoping that will help this chicken mama when butchering time comes. 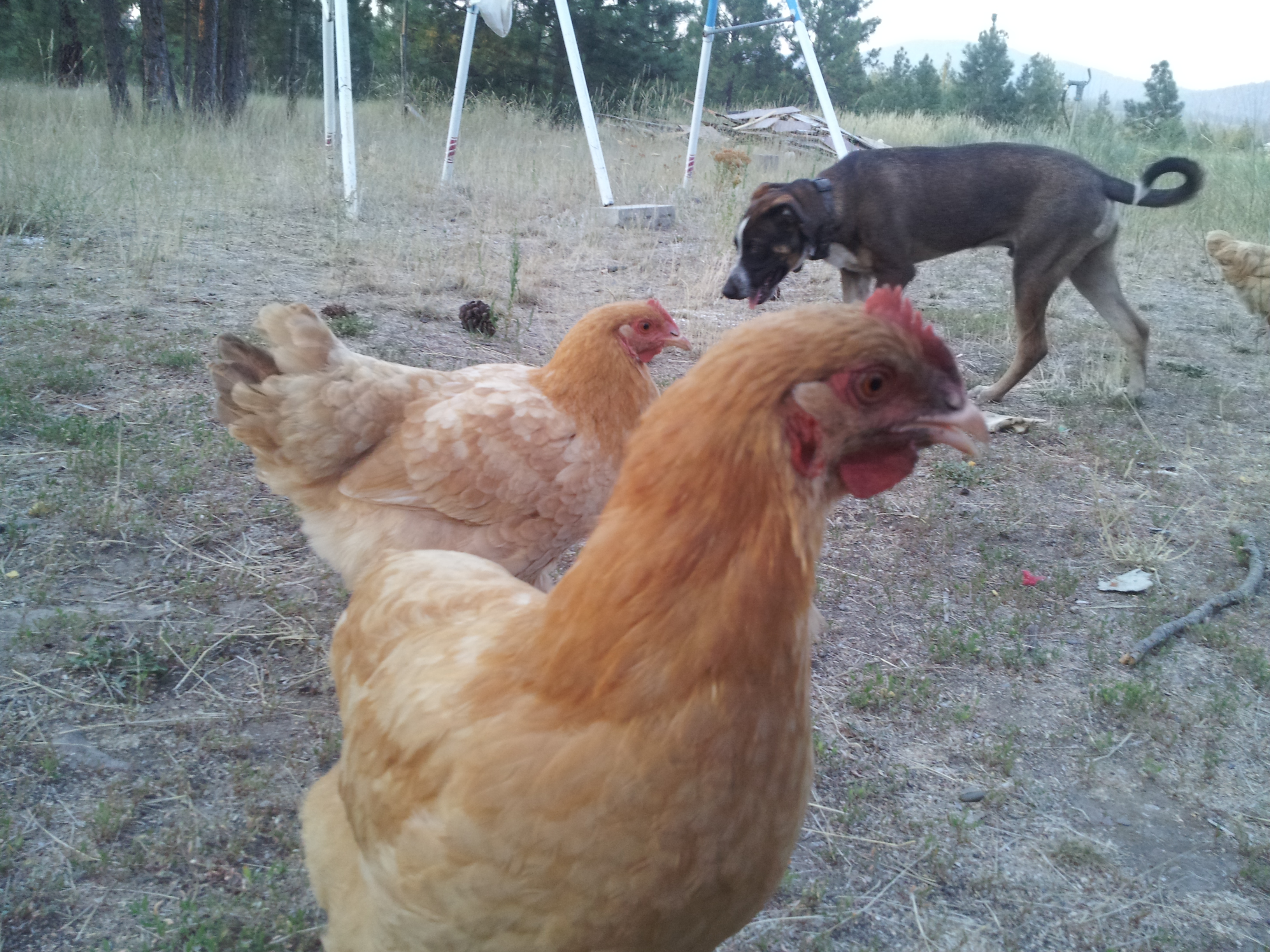