We have a pig on the homestead.  Her name is Charlotte.

I purchased Charlotte 6 hours away from the stead.  There are some very good reasons for doing so.

I want a pig for breeding purposes.  Having an “out of town” pig means there’s less chance of inbreeding.

Charlotte was also $30 cheaper than I could find locally. A purchase of 3 or more piglets would justify the travel.  As it was, I was driving by anyway.

Charlotte is a Duroc.  Durocs are an american pig, docile and quick gainers of weight.  They also don’t tend to sunburn.  I can already attest to Charlotte’s mellowness.  She transported very well.

I never know what to expect when I visit a new breeder.  Charlotte was in a 10 foot by 15 foot enclosure with a lot of other pigs.  I’d guess that there were 15 to 20 pigs in there, some of which were significantly bigger.  What a mess.

Charlotte was 5 weeks old when I picked her up.  It’s a great age to move a pig.  They’re small, a little bit bigger than a poodle or shih tzu.  The pig should be weaned by this age.  The seller should have wormed the pigs as well.  (check state laws–some require worming and/or shots before selling)

She was dirty.  I could tell she was distressed as I drove away from the breeder.  She pooped over and over again.  Fortunately, I had planned a stop to clean her and the kennel up.  Be sure to check state laws if you’re going across a state line. 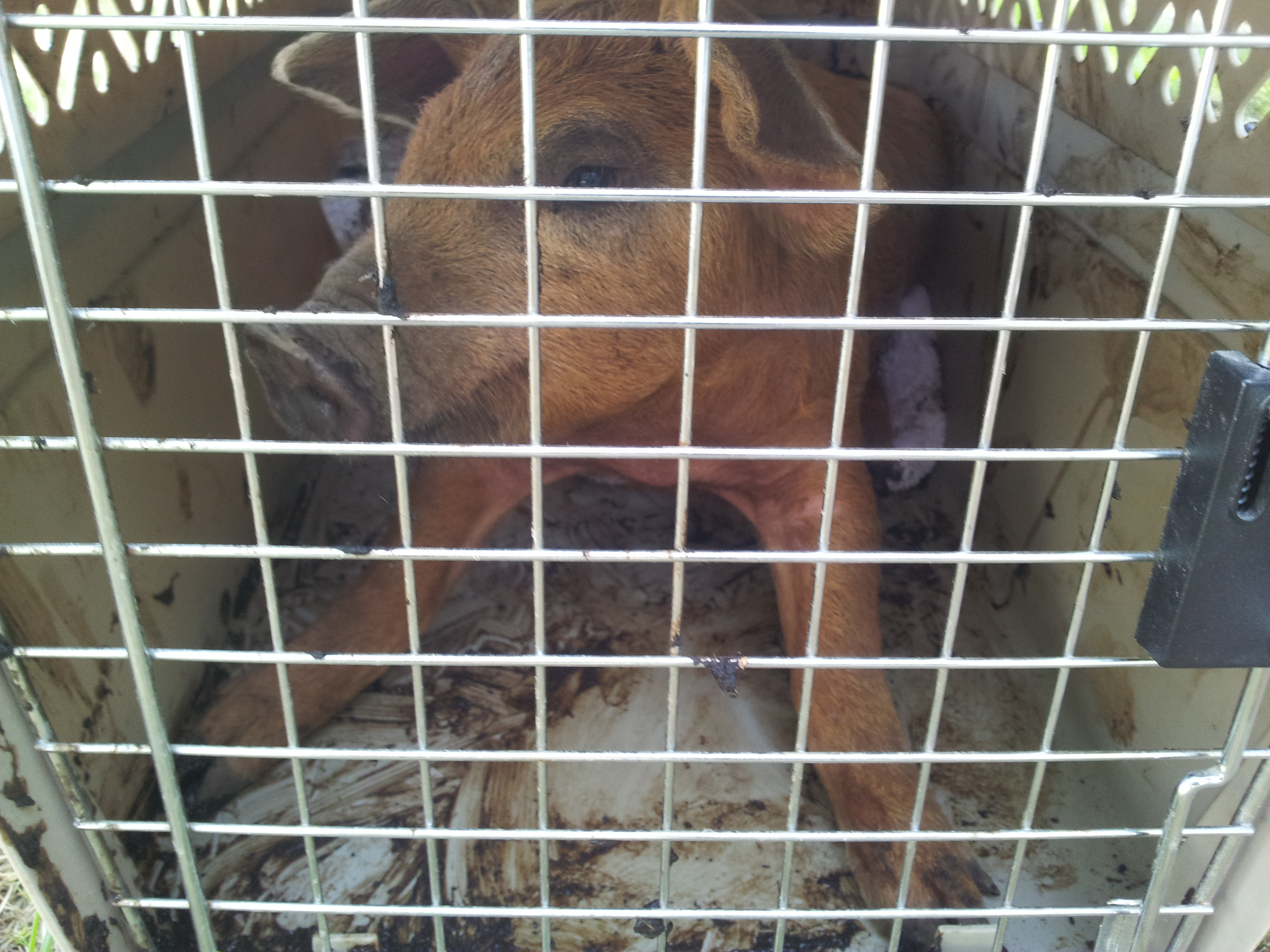 Charlotte the Duroc just picked up from the breeder

The above picture doesn’t do justice to Charlotte or the odor.  Charlotte is darling.  The odor–it was pungent…very pungent.

20 minutes later, I was at the planned stop.  I sent my son on an errand to fetch a collar and leash in order to control her during a bath.  Three minutes later, there was a pig in the road.

Charlotte had managed to flex the kennel gate up and push the bottom peg out of the doorway.  10 minutes later, she was corralled and I was out of breath (my son might have been as well)  Next time, I’ll face the door toward an obstacle so the door can’t swing open)

I sprayed out the kennel and rinsed off the pig.  She didn’t appreciate it.  There was some squealing and leash tugging.  I gave up on washing her with soap.  Charlotte was really distressed and I didn’t want to make it worse. 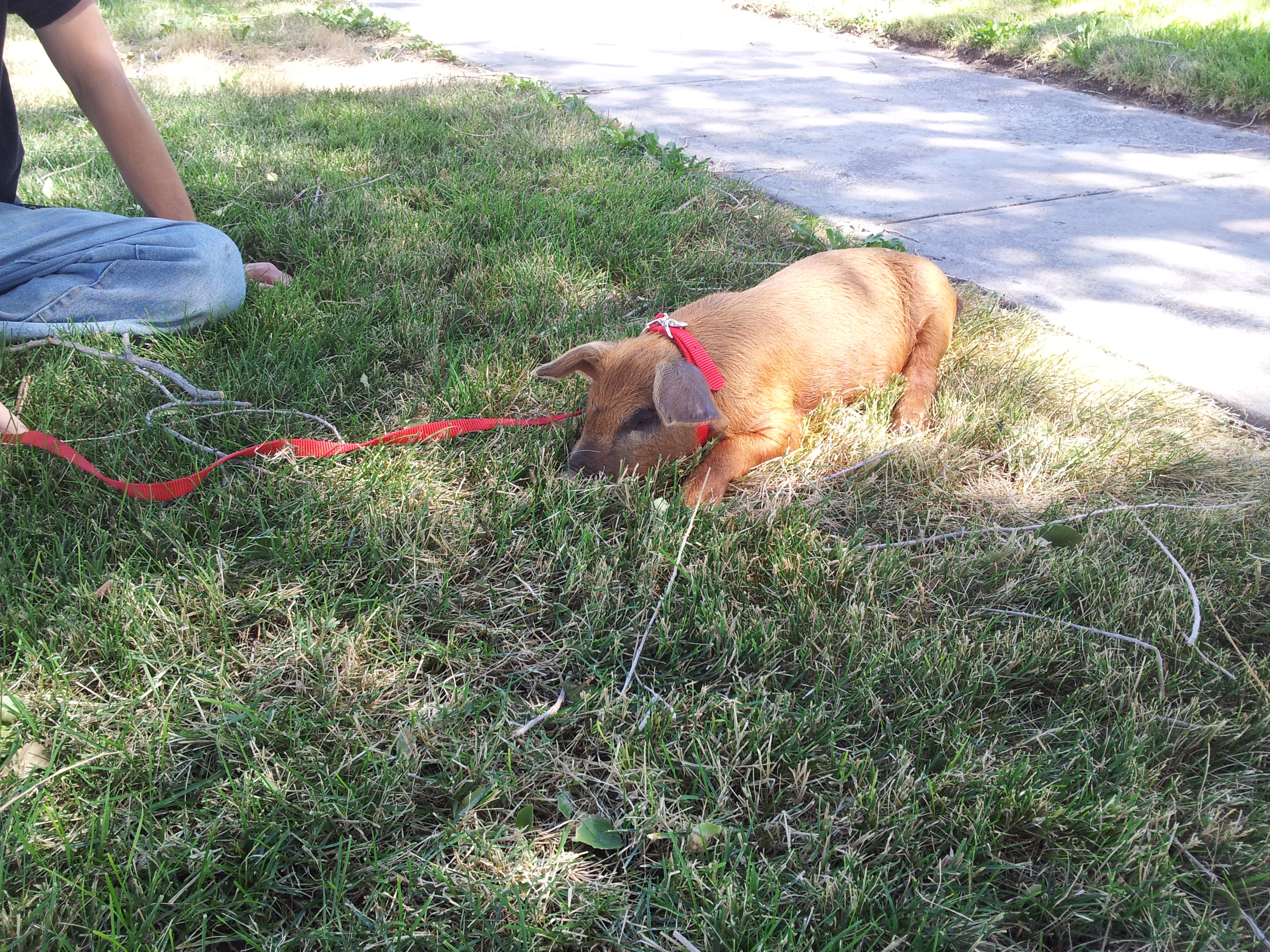 Charlotte, unhappy with being cleaned

At this point, Charlotte is not one of my fans.  I don’t blame her since I have taken her from her home and subjected her to travel and a shower.

I put her back in the kennel.  Of course, the first thing she did was put her tookus towards the door and poop.  She’s a great communicator.

I got on the road with Charlotte in the front seat next to me.  I would have traveled with her inside even if I had a pickup.  She had suffered enough trauma and I didn’t want her to experience 65 mph + winds.  It also rained on the drive.  Best to have the piglet sheltered with me.  This meant that she could also partake of the air conditioning.

Charlotte fell asleep an hour down the road.  she woke a couple times but settled right back to snoozing. 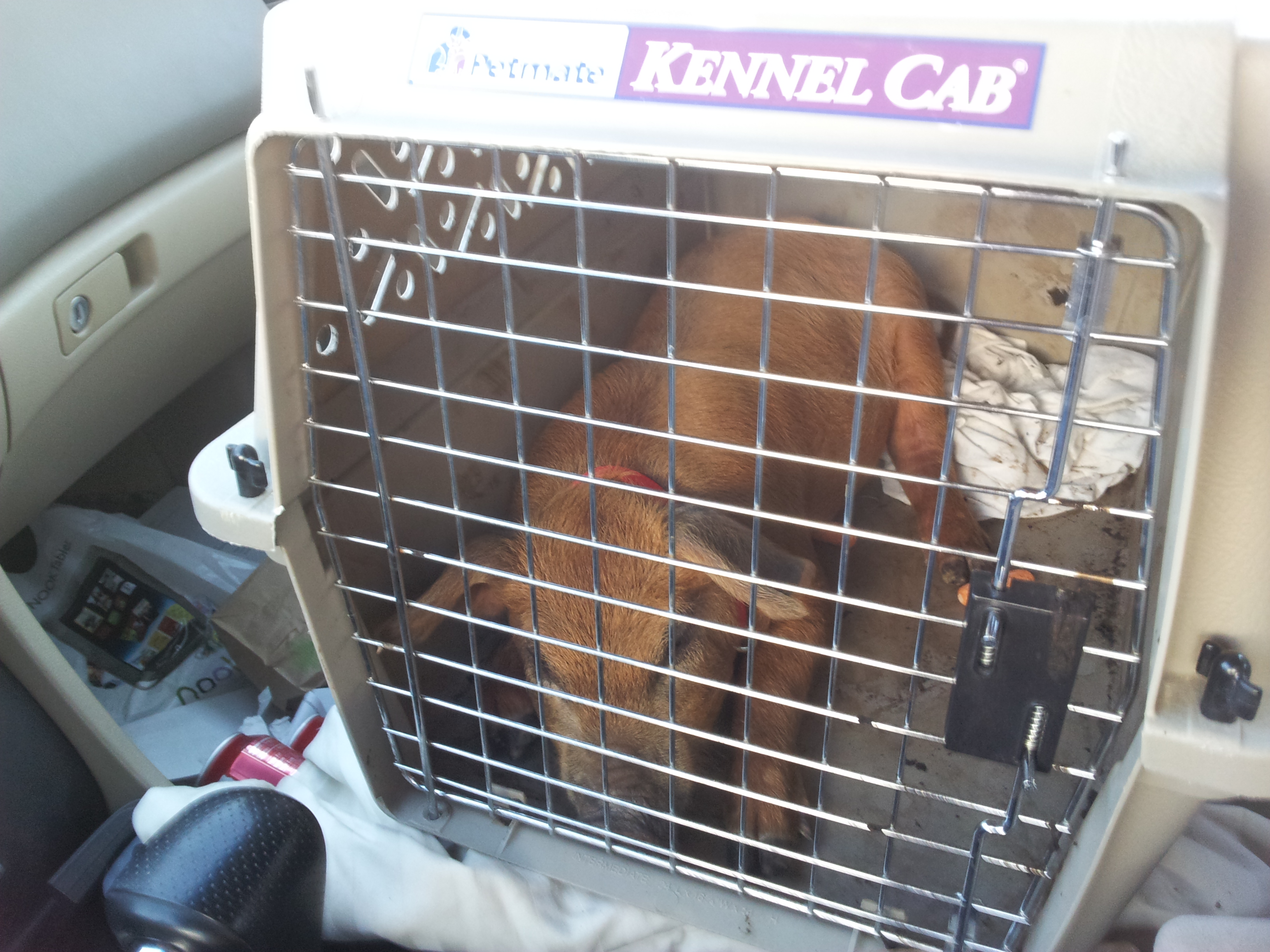 Charlotte, asleep on the road

We reached the homestead in the middle of the night.  The wife and kids had a pen put together for Charlotte.

It started raining at 2 am.  Not just a little-this rain was a deluge.  I ran outside and grabbed a tarp.  Charlotte was in her kennel inside the pen, but I’m sure she was getting soaked.  I pulled the tarp over the kennel and tied it down.  I’m not sure how much it helped.  I do know that Charlotte was very friendly to me the next morning. 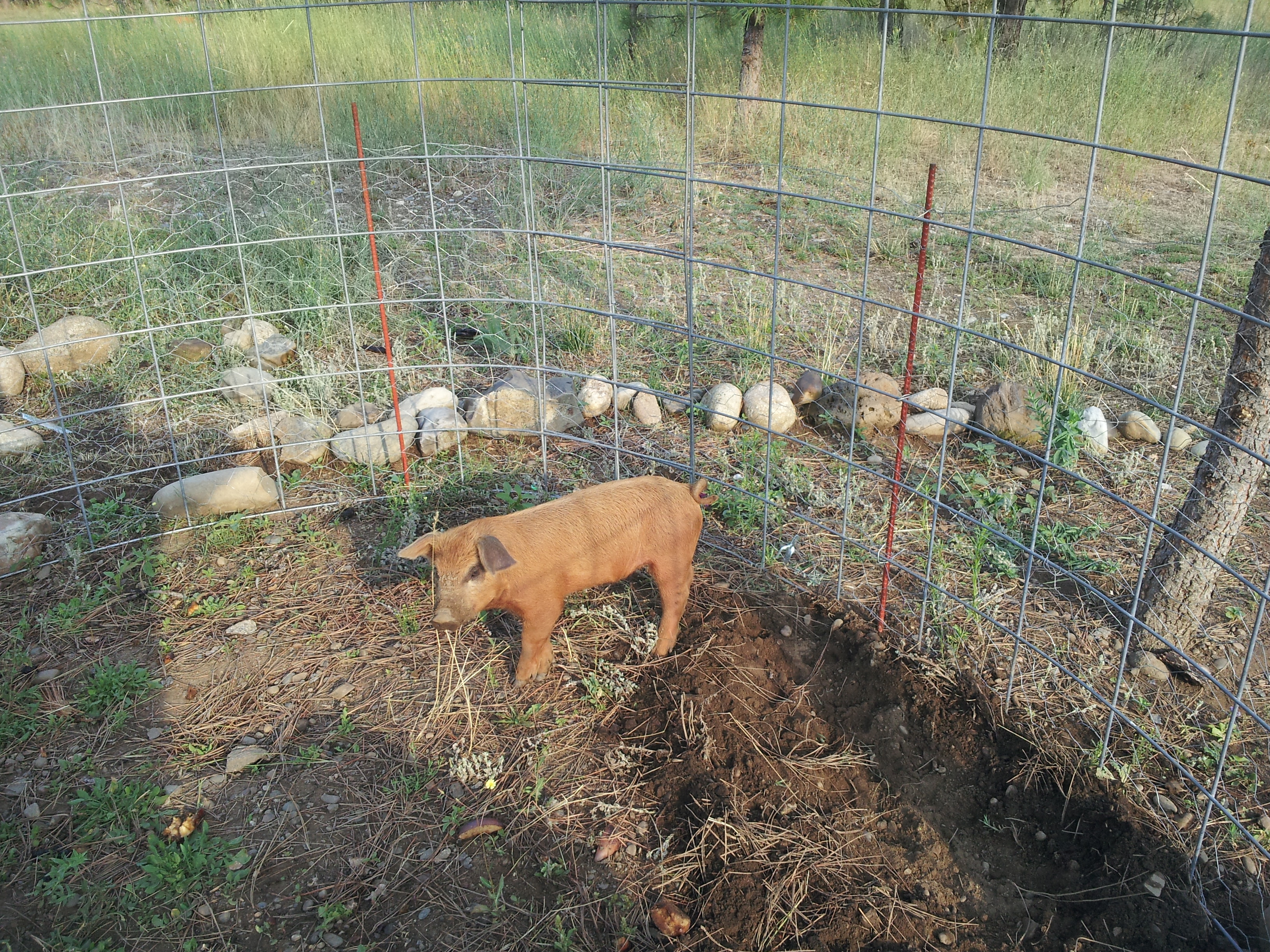 Charlotte in her new digs

Charlotte was up bright and early the next day.  She was happy to eat from the hand and appreciated back scratches.

I found that transporting a pig wasn’t as difficult as I imagined.

The keys to success were:

3 thoughts on “Transporting a Pig”