I’d love some feedback from our readers on this one.

We recently purchased a second bag of pig feed for Charlotte. I bought the same brand and type that we’d picked before so I had certain expectations when I opened the bag. What is supposed to be in the bag are rolled pellets. What I discovered was mostly pellets, but a lot of dust as well. I shrugged my shoulders thinking it was just some settlement from shipping. One week into it, I am still having to sift through each container I feed her to get as much dust out as possible.

A couple of weeks ago I read that dust from feed shouldn’t be fed to pigs as much as possible because it gets in their respiratory system. Which sounded kind of dumb considering my piggy wallows and roots in the dust and mud, but now that I see how fine this stuff is, and how much of it there is, I can see the reasoning behind the thought.

I typically give Charlotte one container full in the morning, and one at night. Then she gets treats of lettuce, or her favorites, cucumbers, a couple times a day.

After picking out a couple of handfuls of the pellets for her breakfast, I took an empty plastic Folgers container and filled it with feed. I sorted and sifted until I mostly had just dust in one container, and pellets in the other. These are the plastic Ziploc or Glad brand plastic ware and these are the quart size I think.

As you can see, that is a lot of dust to go through to get just one feeding of pellets. And the entire bag looks like this! I am not one to waste if I can help it so I thought I’d try being industrious. I mixed one egg with the dust and then ended up adding three more eggs in an attempt to moisten the dust. That was a lot of dust (and my favorite peach cobbler dish so I hope it comes clean and doesn’t smell like pig feed!). 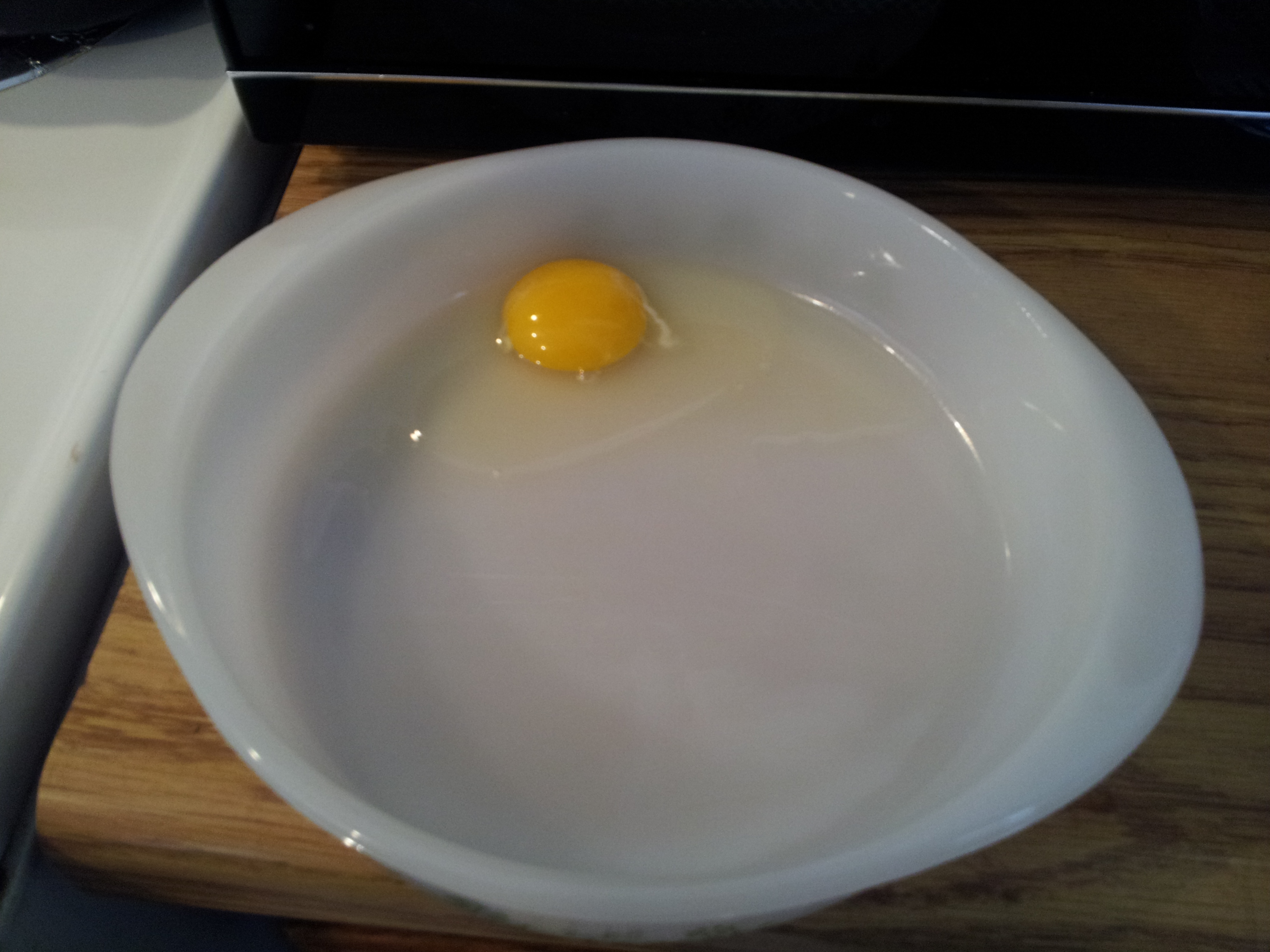 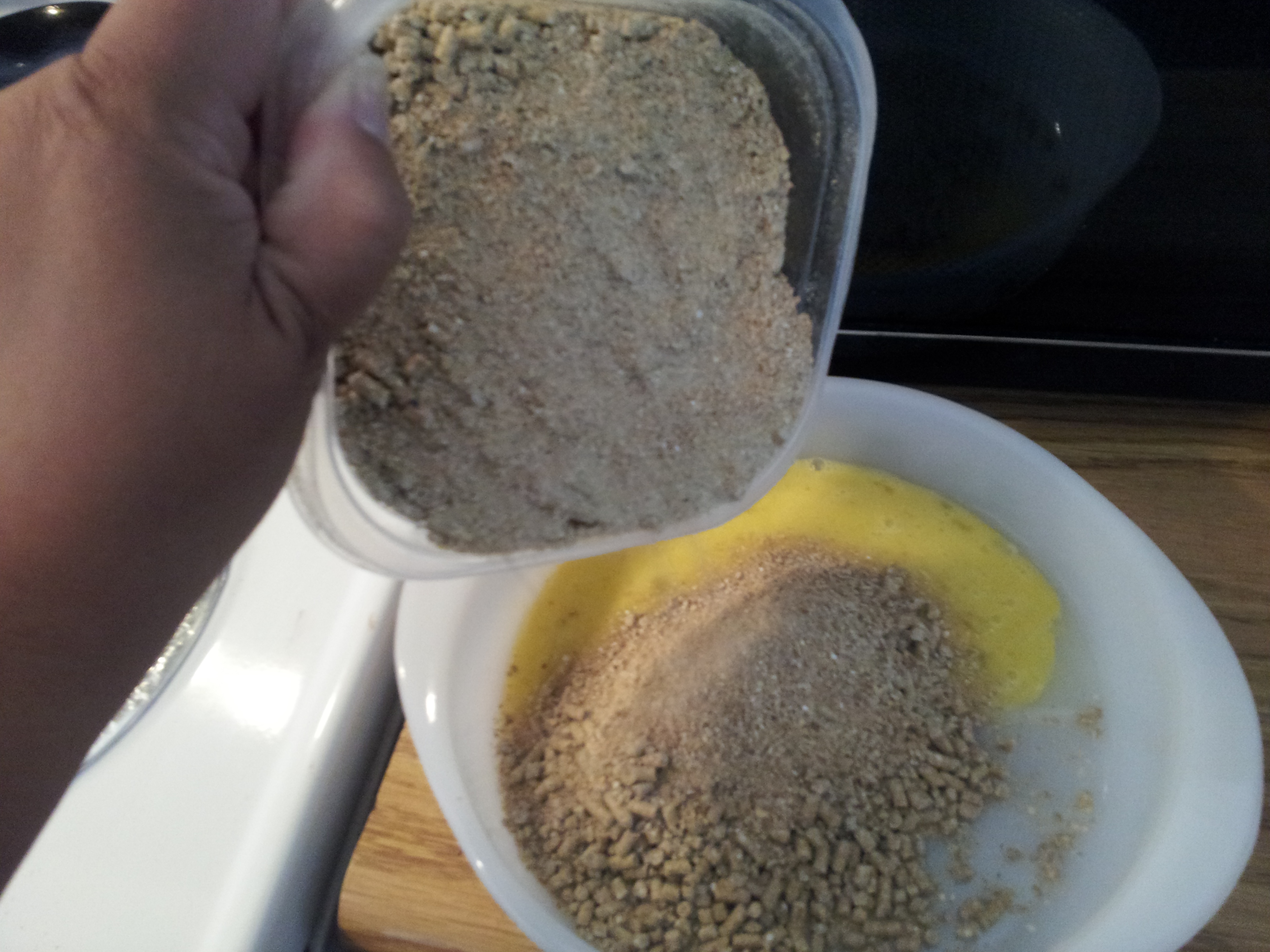 I laid it out on a cookie sheet, while trying not to crumble it up even more and baked it in the oven for about forty-five minutes at 200º.

The end result looked like the bottom of the cereal box. A couple of large pieces and still powder. I think I will need to find a better way to mix the powder-maybe a different substance? Or, I may have to get my hands dirtier and shape them, like meatballs. Any suggestions?

Charlotte was happy to get some food, she didn’t care about its appearance one bit. I, on the other hand, was a bit frustrated that I spent an hour of my day trying to make what I bought work (and it should have been user-ready) If it takes four eggs every day and the end result with the powder is not even enough for one feeding, I may be doing something wrong. Should I have spent the gas and hour-and-one-half drive to return the bag? I think I’ll make her a rice and veggie mix tomorrow. She likes that one a lot.

For those of you that don’t think I’m crazy for baking pig feed…do you use your regular kitchen pots/pans and utensils, or do you have a separate set for times such as these? I bought a separate measuring cup and funnel for when I make our fabric softener, but if everything is cleaned and sanitized, is it an issue? I wouldn’t mind shopping for them, I just don’t know where I would store them and if it’s justified by how often I will end up doing this. The rice and veggies is something I would feed my family (with salt and seasonings added), so I wouldn’t have thought twice about preparing it for Charlotte in the same dishes we use to cook with. What do you think?

6 thoughts on “Pig Feed Dust –by the the wife”