We moved the pigs to their paddock last night.  This was their first experience with an electric fence.  I fenced an area of about 7,000 square feet for them. 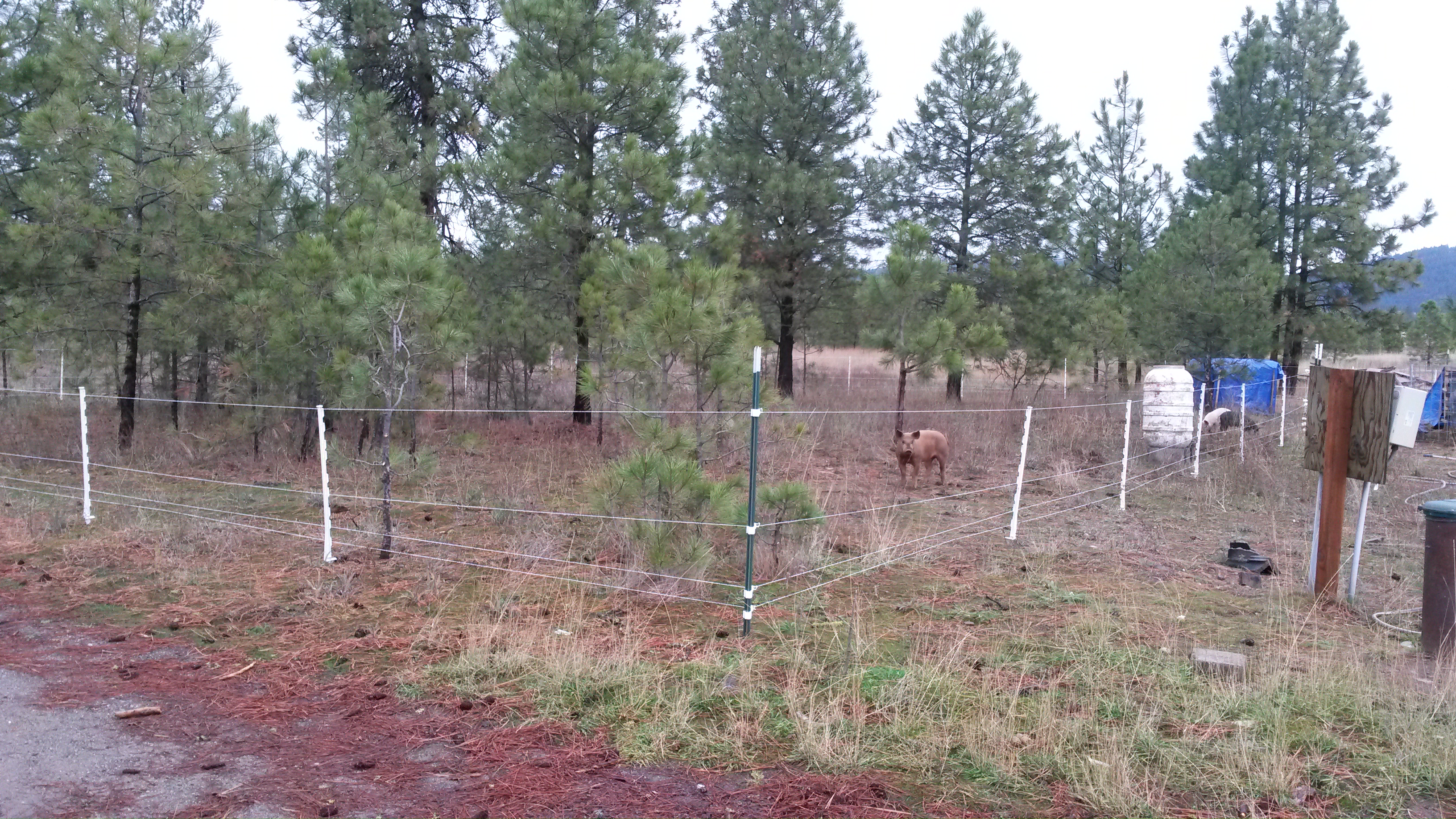 I think we put the pigs in at 7:00 pm.  They tested the fence until almost midnight.  The above pic was taken this morning.

I still need to make a proper gate.  I also need to build an enclosure for the fence charger. 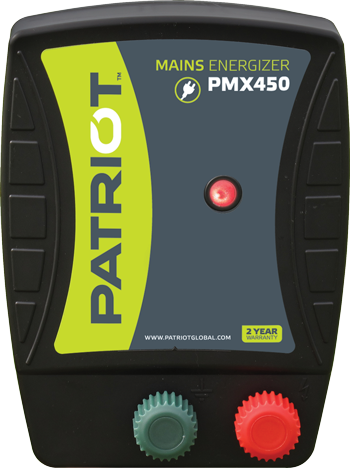 We’ll see how it performs.  I was not impressed with the (lack of) instructions that came with the charger.  There isn’t an easy way to mount the charger to anything, which made me cranky.  There is a slot running partway up the back of the charger that I plan to use.  It looks like there’s a fitting or a mount that goes in the slot, but it didn’t come in the package.  The directions fail to mention how to affix the box to anything.

I didn’t take a picture of my setup.  I don’t want comments since it’s very temporary.  I will say that I only put in two ground rods, not the 5 recommended.  I’d like to put in one more eventually, but I think 5 is overkill as long as the ground isn’t totally dry.

I will say that the charger packs a punch.  Notice that Charlotte is keeping a healthy distance from the fence in the pic above.

I was initially disappointed with the zap while we were installing the fence.  It felt like a really strong zap of static electricity like you can get walking across a carpet and then grounding out.

The first inkling I had that the fence was really hot came from the pigs.  Everything was wet from the rain when the pigs went in.  I assumed that their reactions to the fence were because it was a surprise and that they were wet and got a little more juice.

At this point, I need to interject that I have a new pair of boots for working out and about.  Apparently they are really good insulators.

I walked the fence, listening for the pops that indicate the fence is grounding somewhere.  I would adjust the fence and move on.  The surprise came when I got to the point where the tensioners were.  They’re insulated but the water from the rain had them grounding.

I decided it would be good to wrap some electric tape around their t-post.  I didn’t bother to turn off the fence since the zings I was getting weren’t bad.  The bottom tensioner was the offender, so I knelt on one knee and started to unhook it.

I said a bad word.  No, I didn’t say it, it was a yell.  I yelled a very bad word.  In front of the kids.  The boots had been protecting me all along, but I was fair game once my knee hit the ground.

I made sure the fence was off during maintenance after that experience.  And apologized to my family.

Bubba, our dog, took a hit as well.  Honestly, it cheered me up a little.  I’m not a nice person I guess. 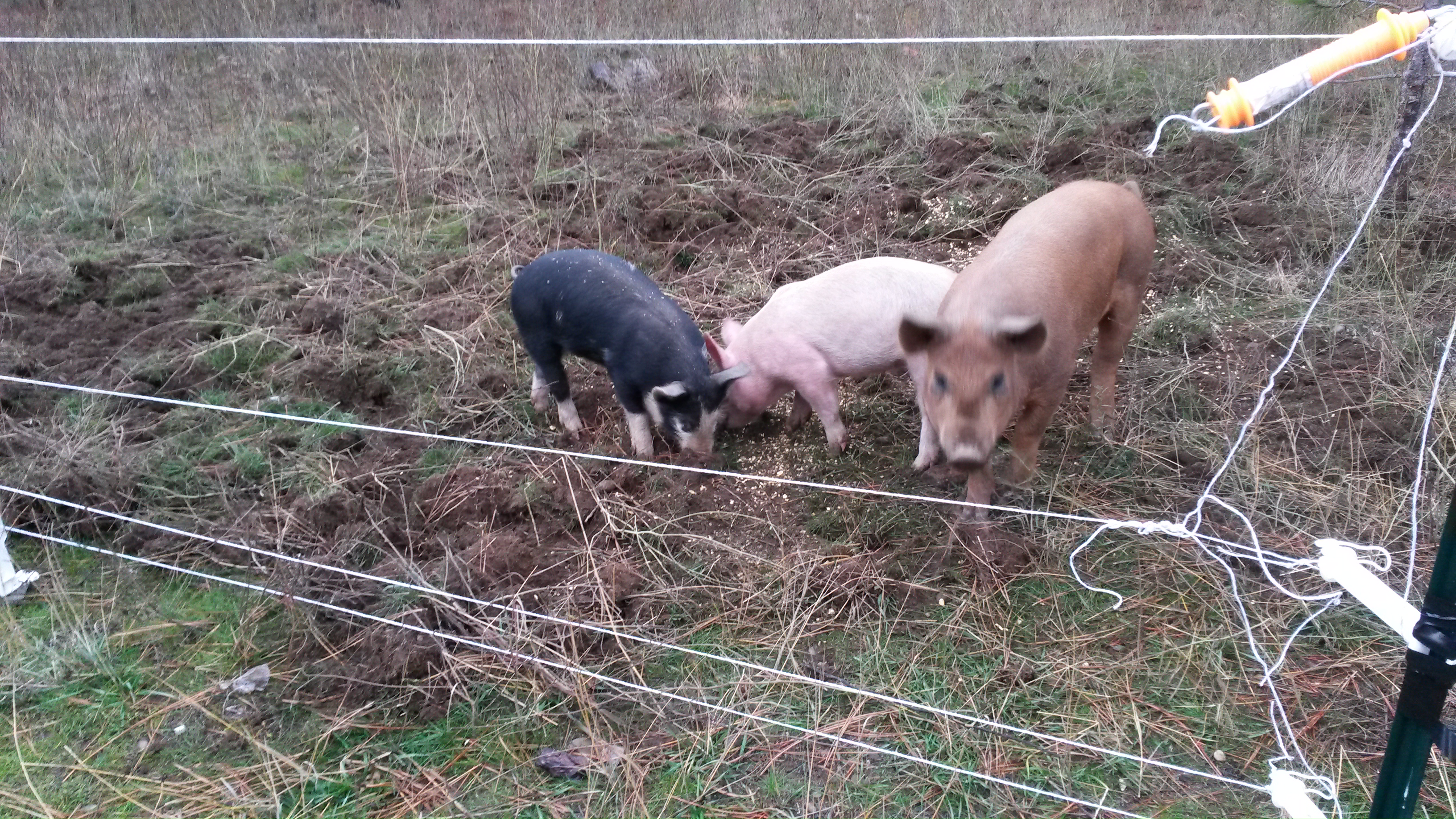 I had originally planned to divide up the space into two or three smaller paddocks.  I wanted to make sure that the pigs worked all of the ground really well.  I don’t think that’s necessary.  I’ll write more about that later.

Almost forgot to mention the waterer we put up. 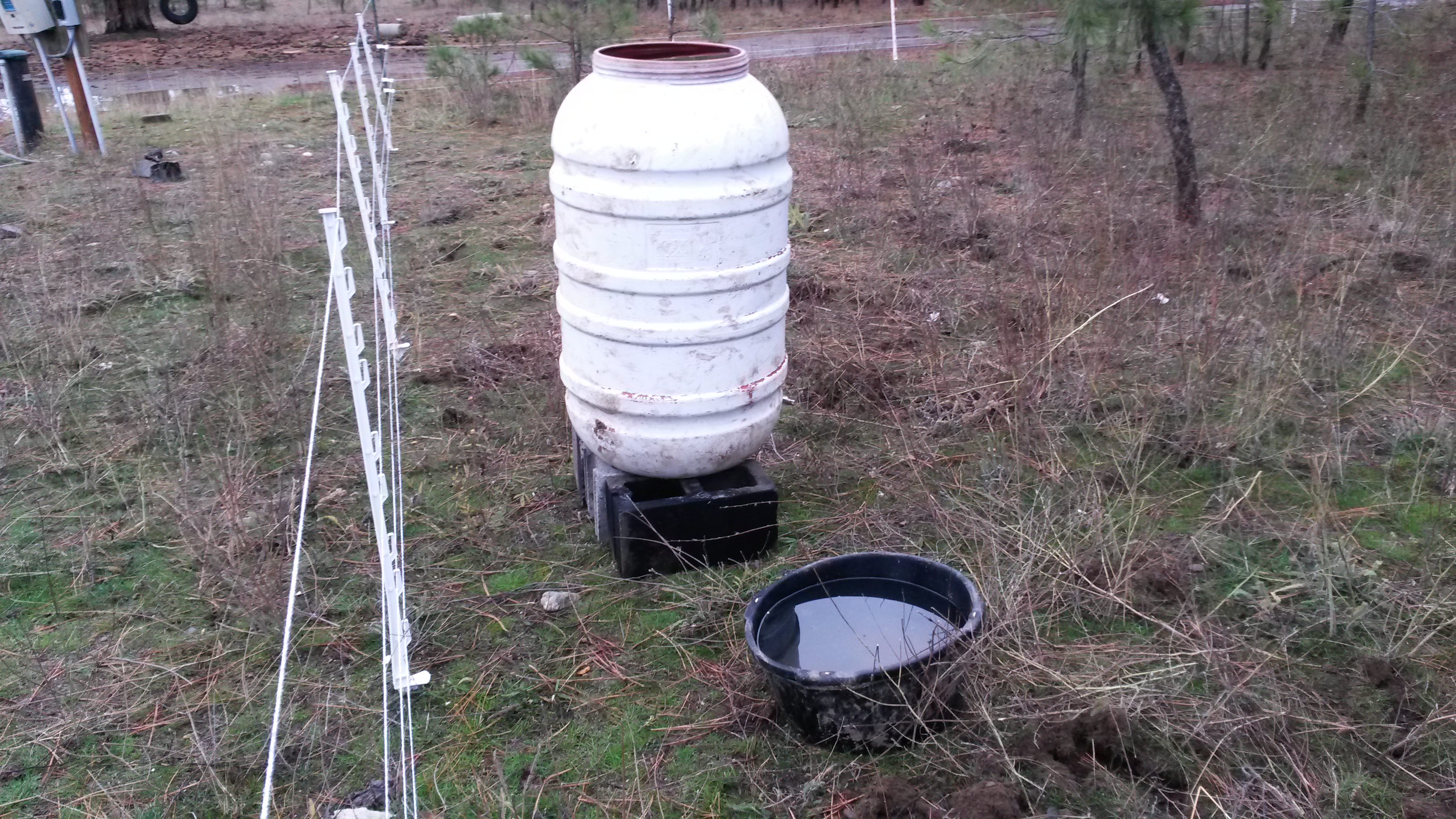 We took a water barrel, removed the spigot and put in a pig nipple.  I’m hoping that the pigs will figure it out and also not knock the barrel over.  We’ll see.  I wish the barrel was painted a dark color.  On the other hand, I’ll be glad it’s white when summer comes.  *shrug*