We plan on artificially inseminating the gilts.  The semen has to be overnighted.  It is Sunday.  That’s not going to happen until tomorrow.  The semen would arrive on the third day of heat, if there is a third day.  Gilts seem to have a shorter heat than sows.  So it looks like it’s not worth spending the money on the AI stuff this go around.

If you want to know more about pigs going into heat, I recommend reading Sugar Mountain Farm because Walter knows what he’s doing and I’m just learning.

As you can see below, Lucy’s parts are swollen. 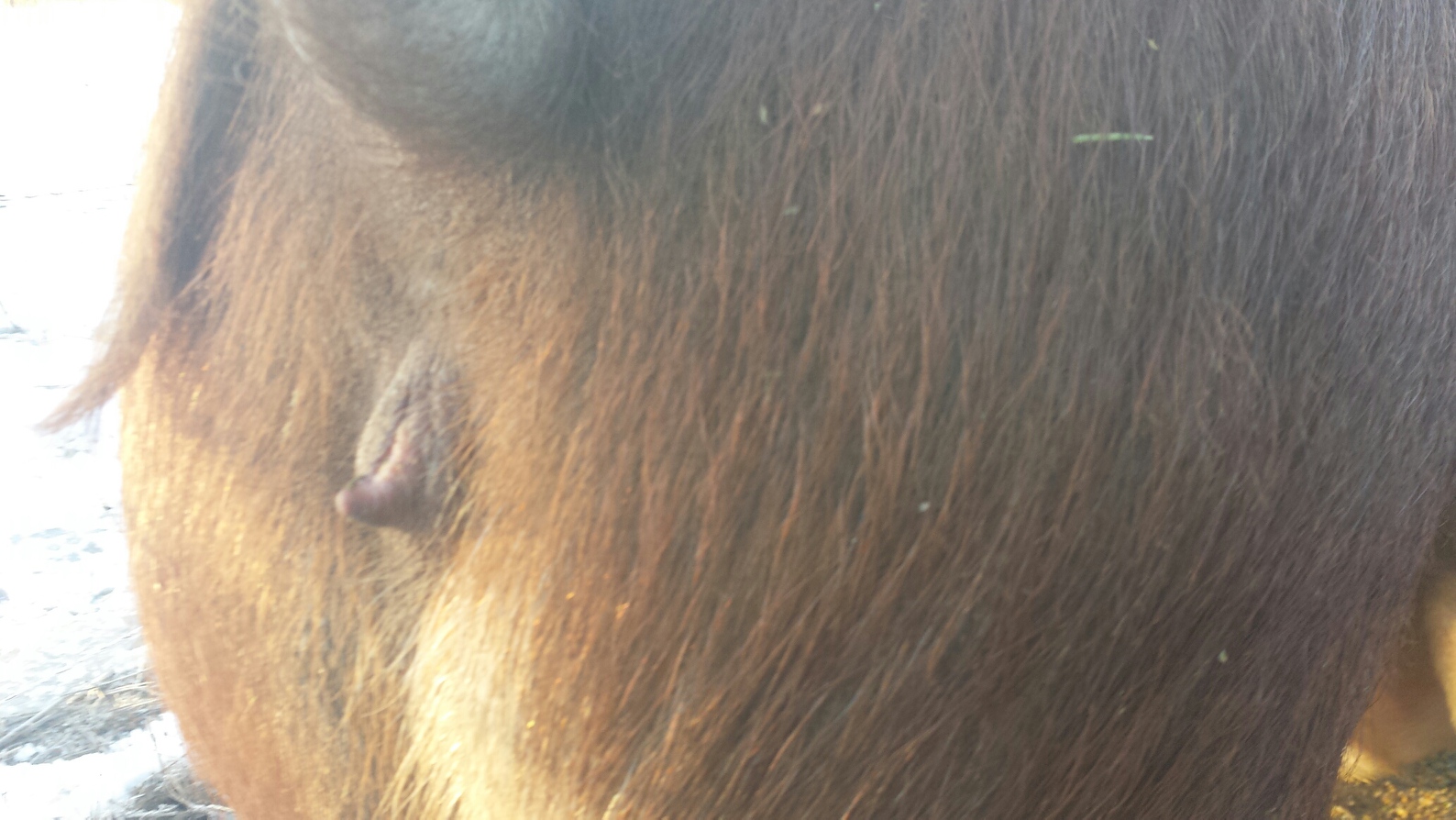 And Barbie as well… 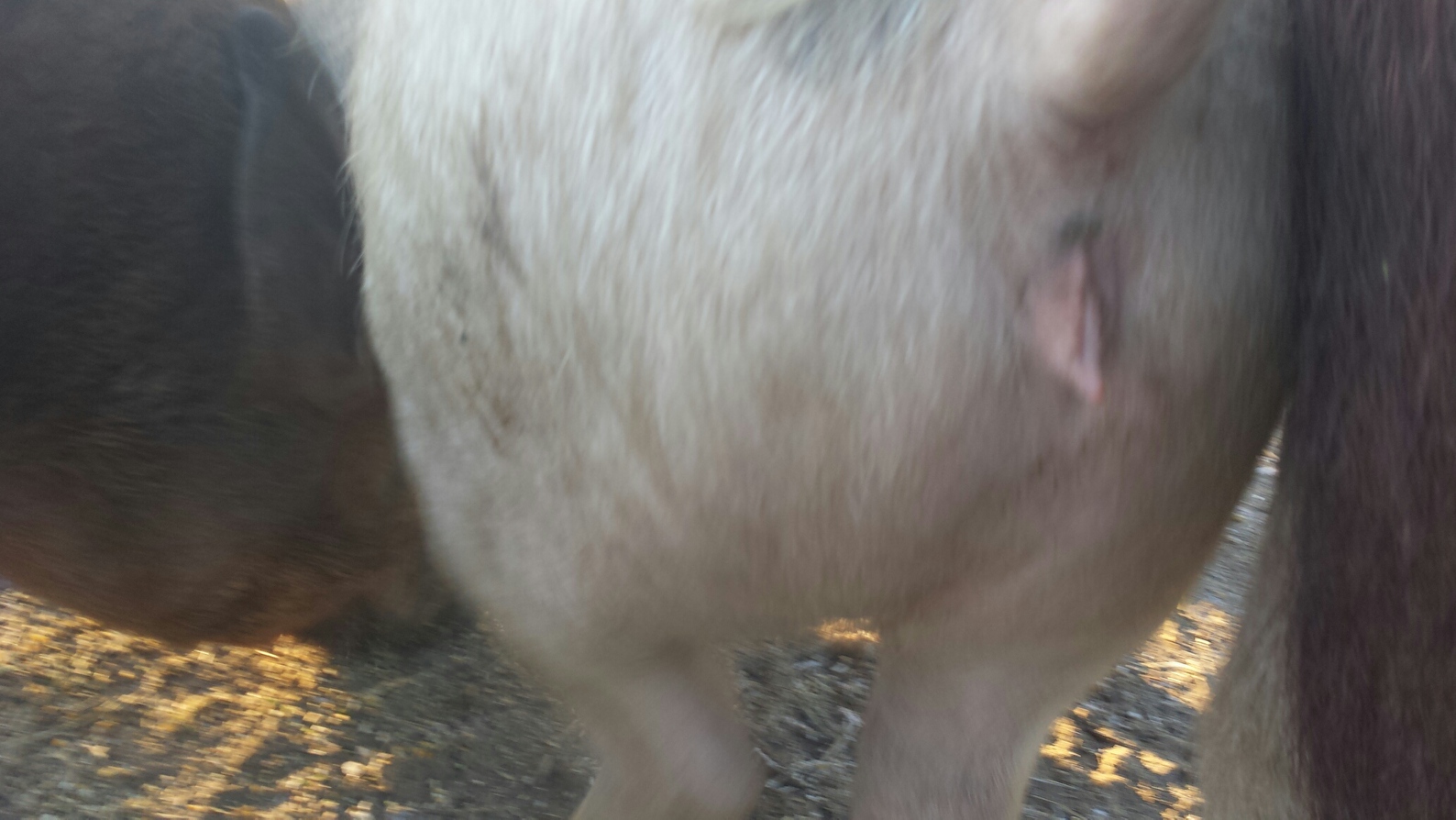 There were earlier behavioral signs but I didn’t catch on.  The gilts have been getting pretty pushy since Wednesday.  I went in the paddock to string weigh them and it was the first time that I’ve felt uncomfortable.

Charlotte, our Duroc, was really skittish and I wasn’t able to weigh her.  This is a first.  Usually, the only thing that keeps her from getting attention is a bigger pig.

Barbie doesn’t normally go in for touches.  This week, she pressed me hard, pushing against my knees and chewing on my jacket.

Lucy was very demanding, pushing me hard.  She wasn’t asking for scratches or the usual affection.  This was a little intimidating–she weighs more than me.  I attempted weighing her, but ultimately, was unsuccessful.

One other thing that caught my attention was that Barbie was mounting Abe, the underage hog that we have.

The good news is that we can mark today on the calendar and be ready 3 weeks from now.