Should you vaccinate your piglets?  Should you put antibiotics in their feed or give them shots when they’re sick?  This is a touchy subject.

Vaccinate if it’s the law.  It may be required by the state where you reside.  I’m not hear to argue about legal stuff.  Washington doesn’t require vaccinations, and it’s my preference not to do it.

Antibiotics aren’t something I would apply blindly, but there are times when I would use them.  This means that I don’t want antibiotics in my feed.  Would I give a shot to an ailing piglet?  I categorically and emphatically state, “maybe”.

I mentioned pampering in the post title.  I’m referring to bottle feeding and other coddling.  This is another maybe situation.

Remember that I’m not an expert.  This post is meant to clarify my opinions and generate discussion.

First, let me say that I believe in culling.  Cull the weak by not letting them breed.  Don’t let the weak cost you a lot of money either.  This means avoid high vet bills for culls.

But why is the animal weak?  I think this is important.  If the issue is genetic, then don’t put a lot of effort into him/her.  I know this seems cruel to some people.

Here’s a scenario:  You buy some piglets from out of state because you want a fresh blood line in your stock.  You show up and look at them.  They’re a little small because they’re four weeks old.  Normally, weaning at five or six weeks at the earliest is what I like.  The owner explains that the litter was big–14 piglets and the sow was getting tired.  You hand over the money.  At this point, the owner notches the piglets’ ears and starts vaccinating them.  It’s the law in his state.  You take the piglets and drive home.  The trip takes eight hours.

What will you do if one the piglets get sick?  There’s a lot of shock to their systems.  Their food is most likely different.  Their water is different.  Their climate is different.  They were weaned early.  Their ears were notched and they received vaccinations right before they traveled.  Now they’re on your land, exposed to different “bugs”.  You have $150 invested in the piglet before travel and feed expenses.  Maybe their immune system is poor due to genetics.  Maybe not though.  Honestly, I’d give the piglet some attention.

We purchased some piglets the other day.  One of the piglets we purchased wasn’t doing a good job of fighting her way to feed.  Pigs are pushy, even when they’re tiny.  The plan is to do some coddling and hope for the best because the piglets had gone through a lot of the same things I described in the scenario.

What’s the upside?  Let’s say she doesn’t have the best genes, but she recovers.  I’ll breed her and judge her kids.  At that point, I’ll decide whether she is good enough for breeding for meat pigs.  She can always become freezer meat.

The downside is the time investment.

The piglet is an income vehicle.  That’s something I need to keep in mind.  Let’s say I breed her until she’s six years old.  That’s five years of breeding (starting when she is a year old).  Let’s assume that I allow her to be bred twice a year.  That’s ten litters of piglets.  If she has ten viable piglets per litter (a small number), that’s one hundred piglets.   Sold at $100 a piglet, that’s $10,000 of gross income.  These are low numbers and also assuming meat piglets.  I would sell breeder piglets for more. 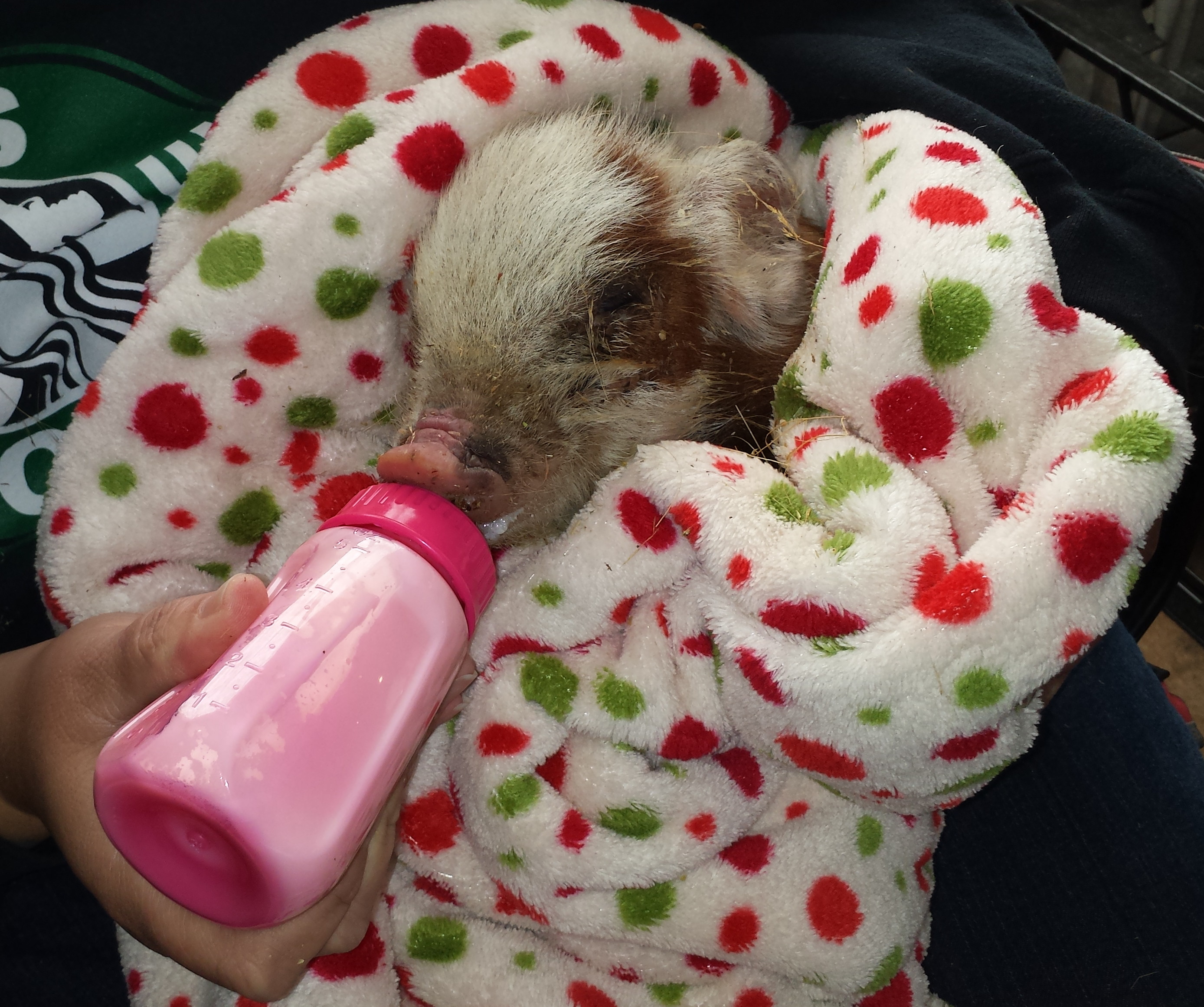