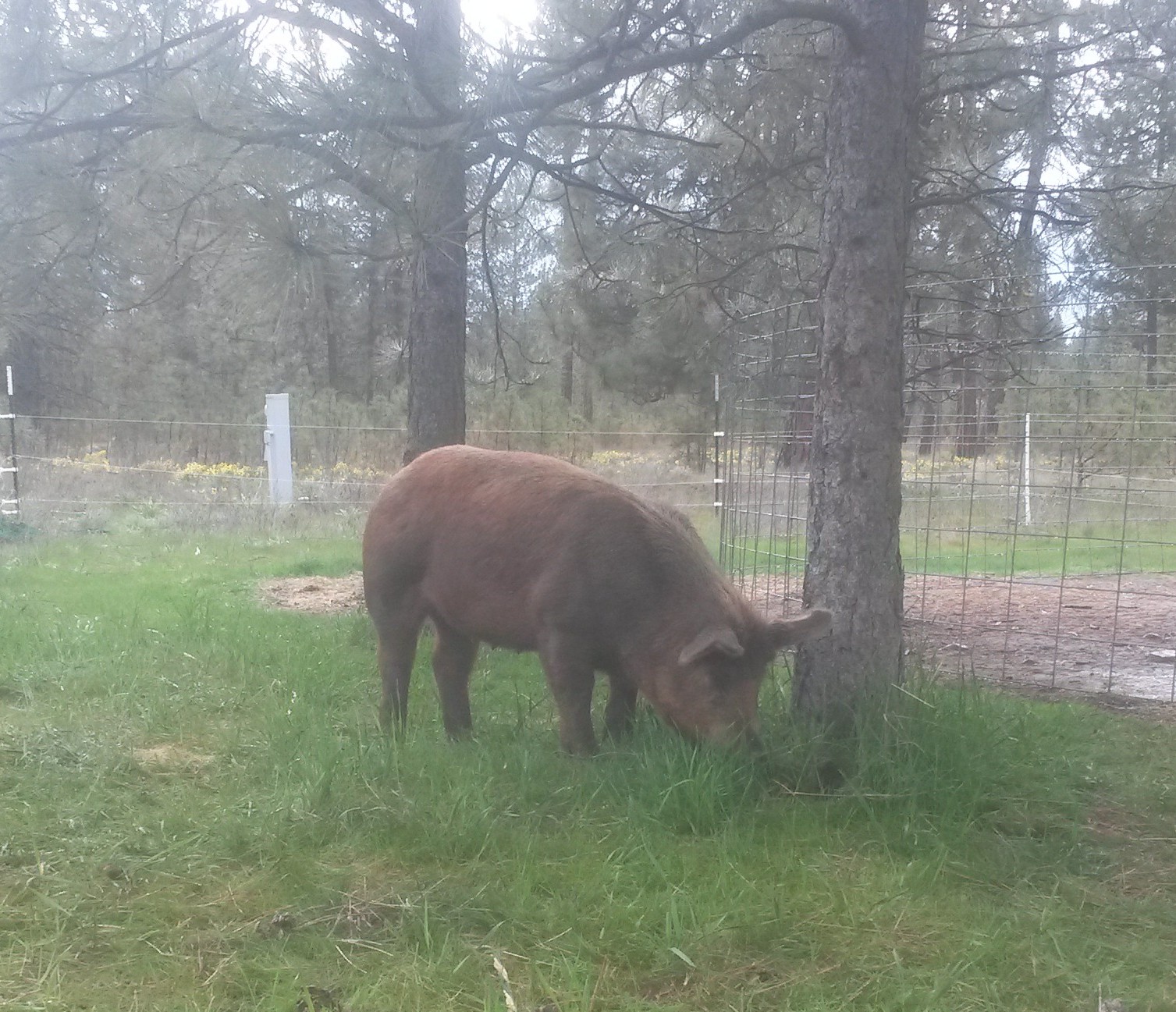 Just a note for future planning.

Today we moved the pigs from their winter lot.

We could have moved them earlier, but there hasn’t been enough forage to justify it.  There really isn’t enough right now.

The move took longer than I thought.  The pigs have spent so much time in the winter area that they were hesitant to cross through the gate.  There’s no rushing pigs.

The land they are on is unimproved.  Hopefully the chickens and pigs will enrich the soil.  I’ll throw out some clover and alfalfa seed too.  The land is a lot like a muscle, it improves with use but it can be damaged if abused.

I have five months of growing season to help the soil and grow fodder for the fall.  It would be nice to have good grazing for winter, but I’m not optimistic.