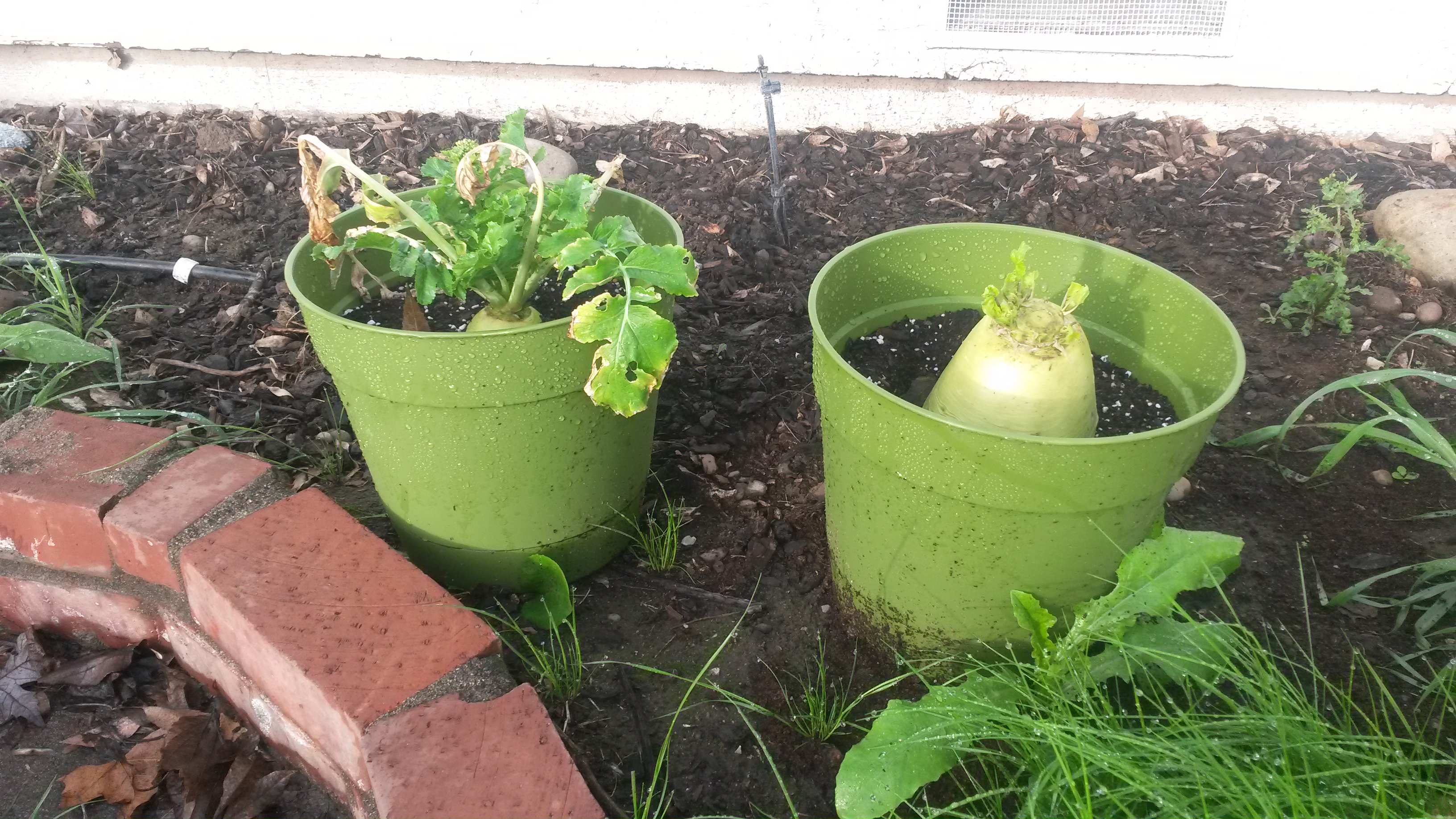 One of the radishes had been topped–the leafy part cut off.  It’s the one on the right above.  You can see it growing new leaves.  The other radish had it’s root cut off.

The radishes were just beginning to blossom when I moved them from California to Washington.

Little pods grew where the blossoms had been pollinated.  You can see them in the pic below… 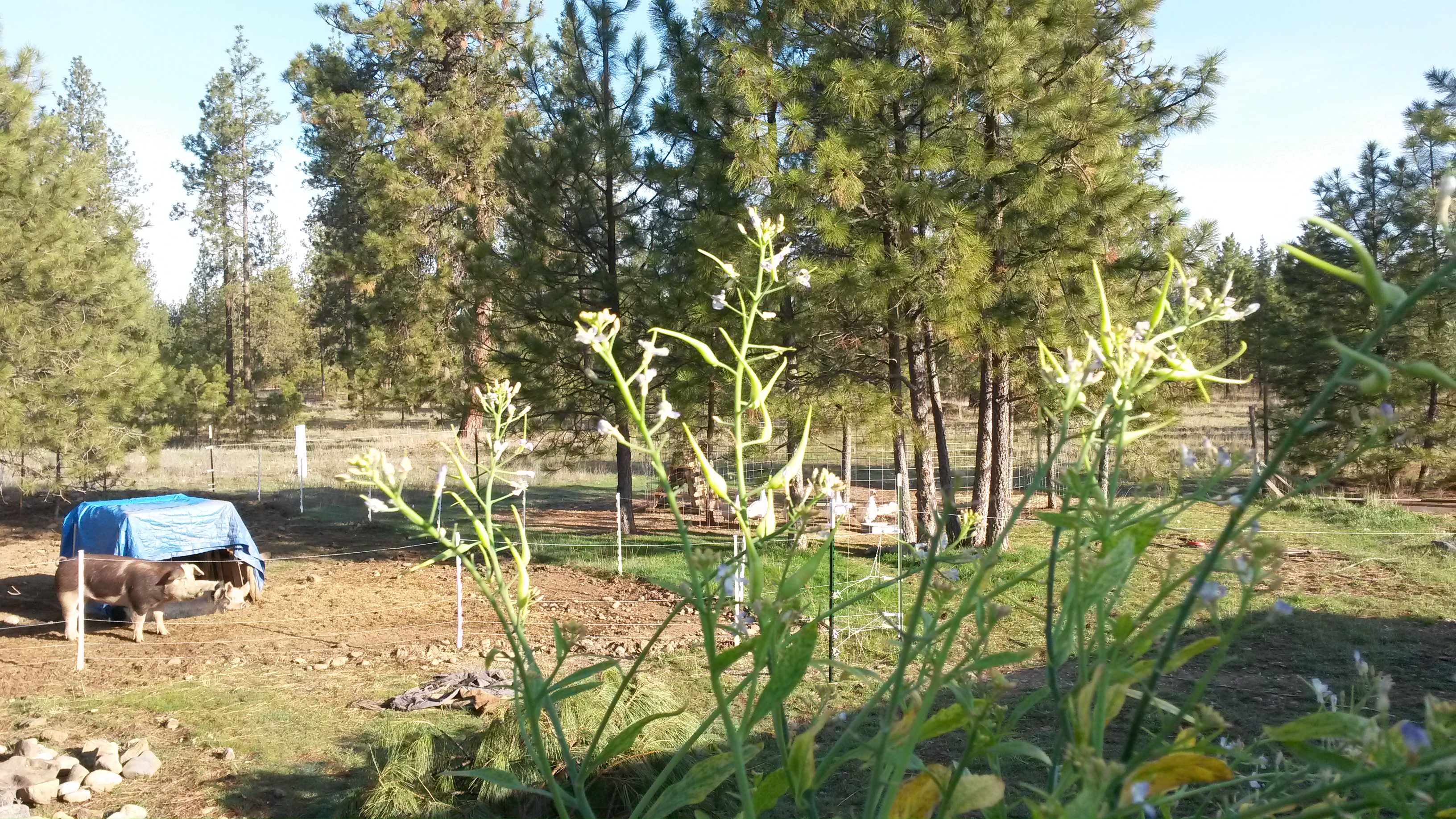 The leaves started yellowing in May.  I stopped watering the radishes around mid-month.

The plants completely dried out. 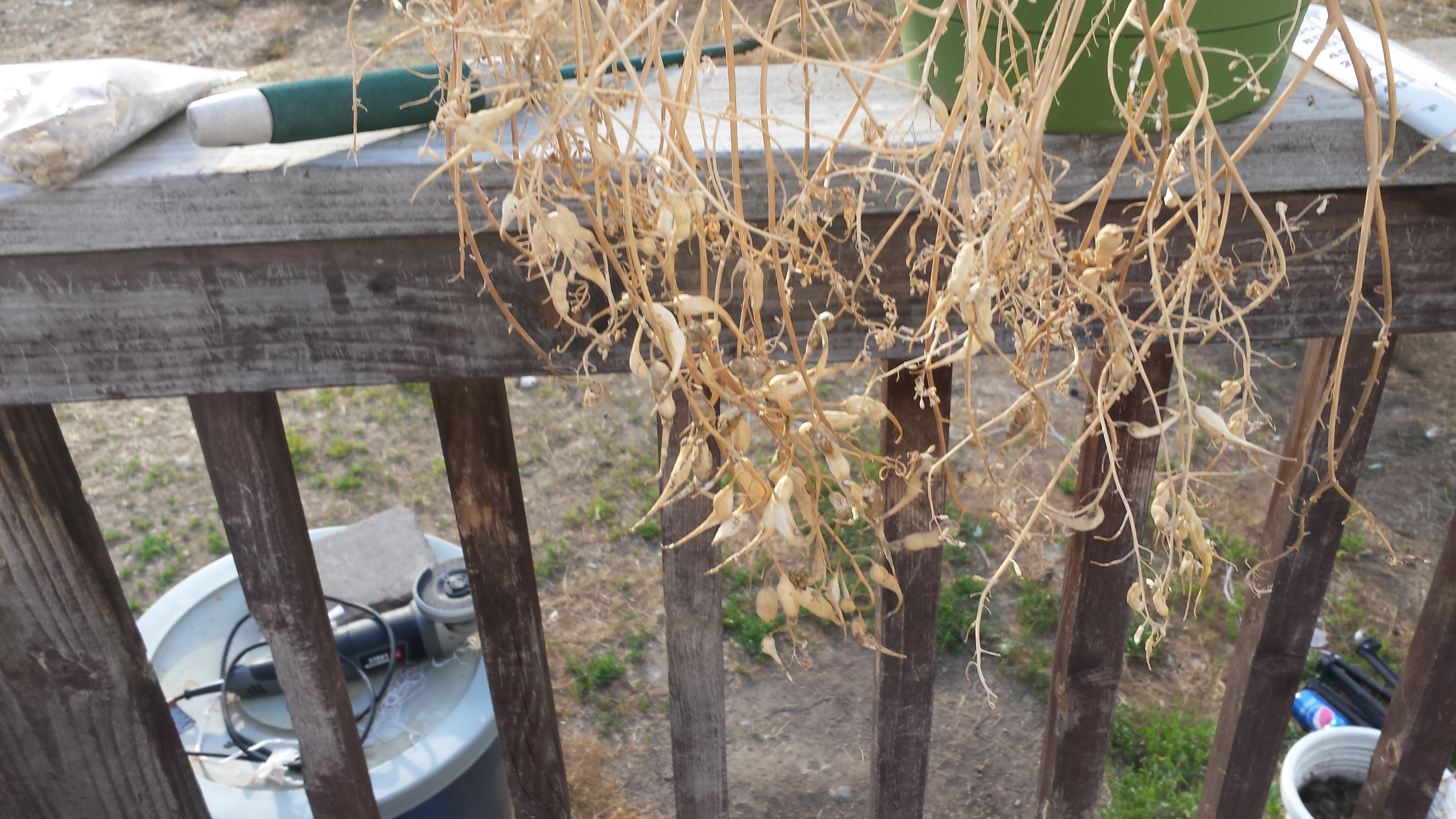 There are little reddish-brown seeds in every pod. 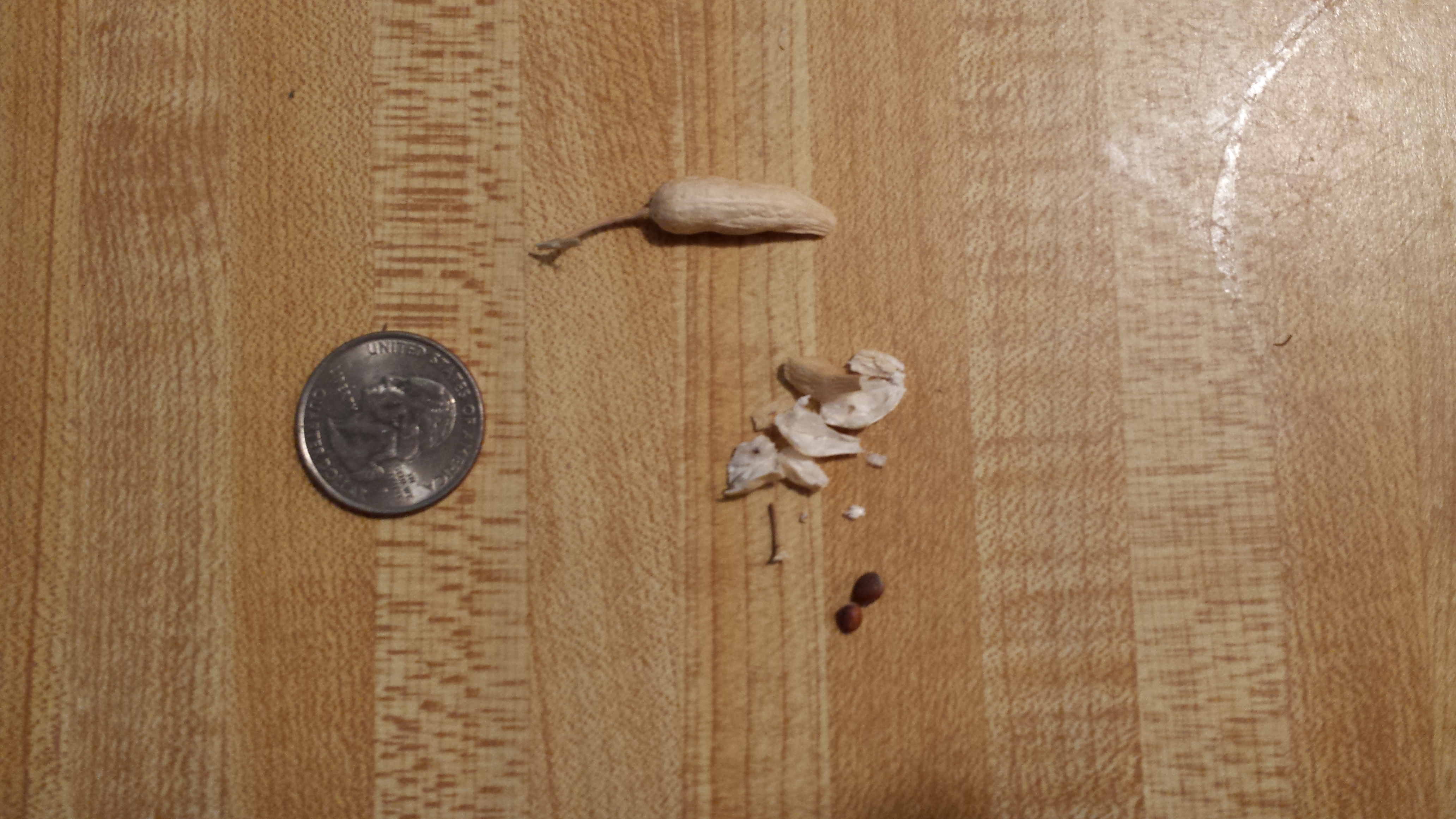 Here’s the harvest from one plant, with 2 to 5 seeds in most of the pods… 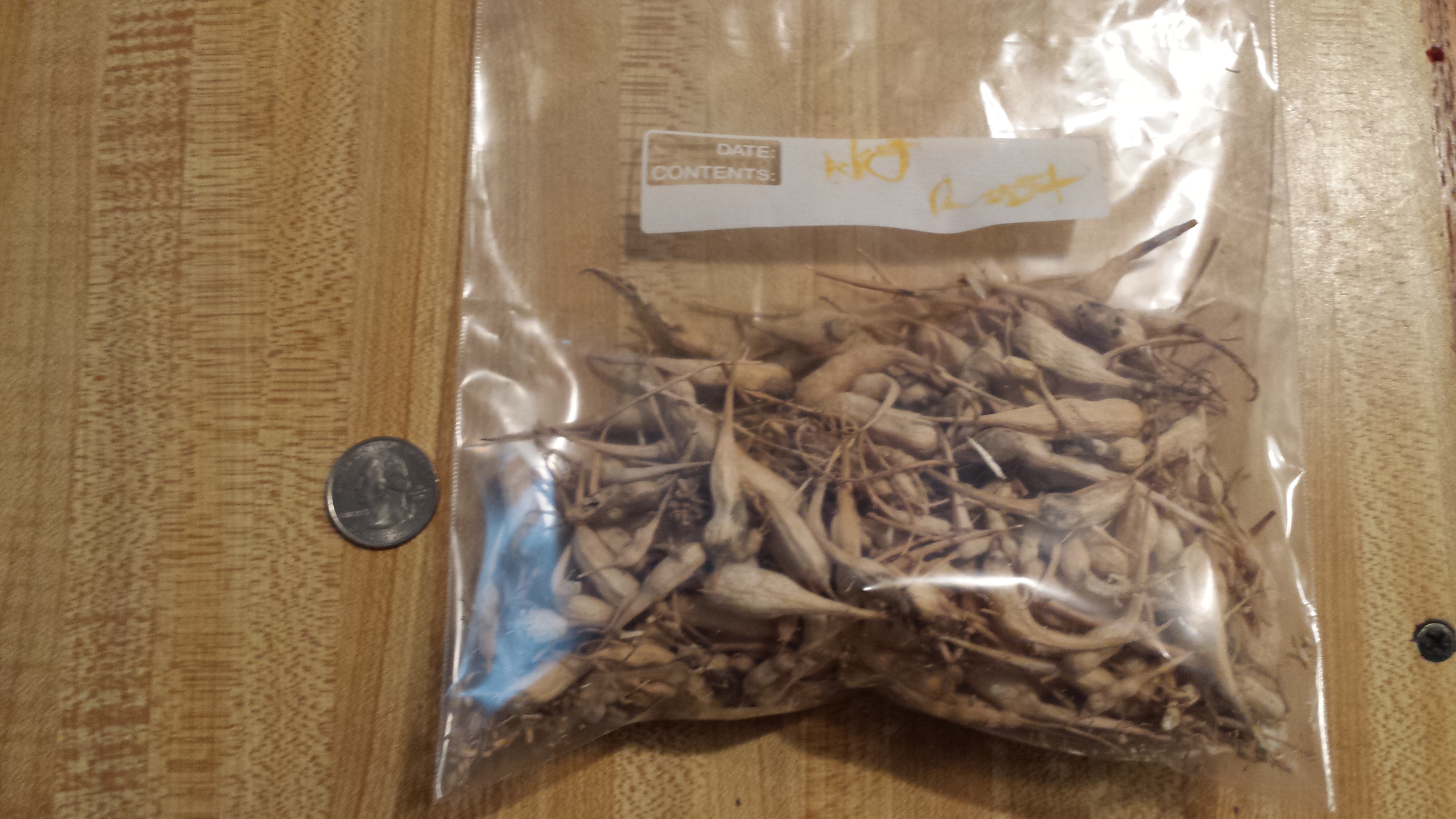 There are some things I still don’t know about these plants.  Are they like some beets, that can take two years to go to seed?  When is too late to plant?  Can you plant in the fall and have them pop up in the spring?  We’ll see.  I’m planting some now and will plant more in late September.