We butchered our first pig a couple weeks ago.

Things have been pretty lively around here and today was really the first opportunity I’ve had to put some time into our first taste of home raised pork.

We have a lot invested in this pig.  A lot of feed, a lot of infrastructure and a lot of time has gone into her.  Barbie wasn’t born here.  The wife brought her home last October.

Barbie is the white (pink) pig, just a wee thing then… 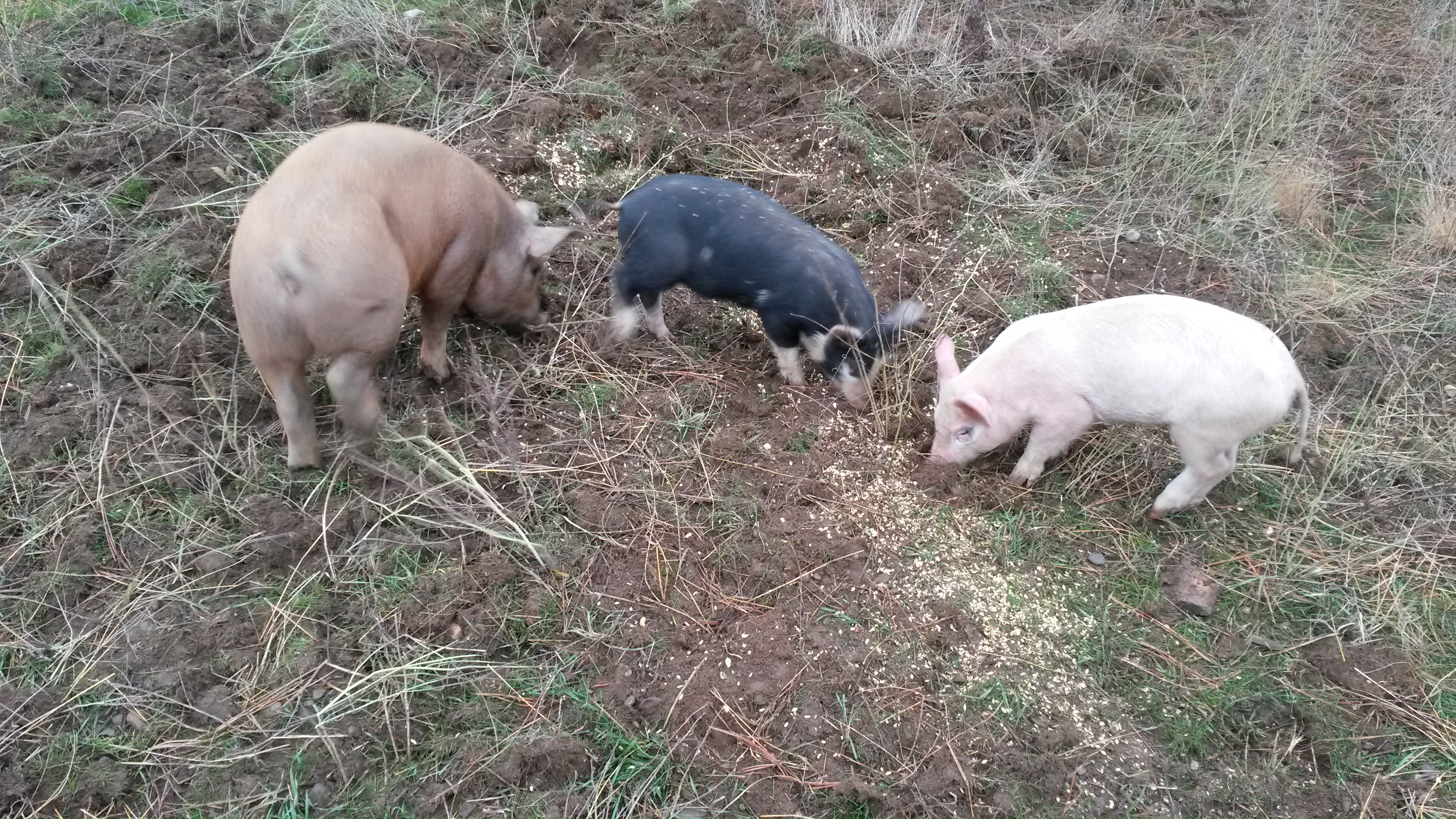 Barbie hadn’t put on any significant weight in the past three or four months.  She also didn’t get pregnant.  Barbie also started damaging our fence.  The time to cut our costs arrived.  And now we get to realize our investment.

The meat from Barbie had better be good–Our hopes and expectations are that pastured pigs are healthier and that should translate into better meat.  This dinner isn’t just about Barbie.  This is how we find out if our toil has produced something worthwhile.

So, I took a roast, put it in a roasting pan with some potatoes and onions (onions came from the garden!).  Some cajun seasoning, salt and pepper were added as well as a can of diced tomatoes.  I roasted it at 350 degrees and checked on it once in a while.

This was when I got a shock.  There was just a little liquid in the bottom of the pan.  I kept the temp at 350 until the meat thermometer read 160 in the middle of the roast.  At this point, there was no liquid.  I was really surprised.  There was fat on the roast, but it turns out that it was only on the outside of the roast and it was a thin layer.

I was worried.  Fatty roasts are usually more tender unless there’s gristle.  I feared that the roast was going to be tough.  I added enough water to almost cover the potatoes, onions, etc.

I set the temperature to 250 and gave the meat a couple more hours in the oven. 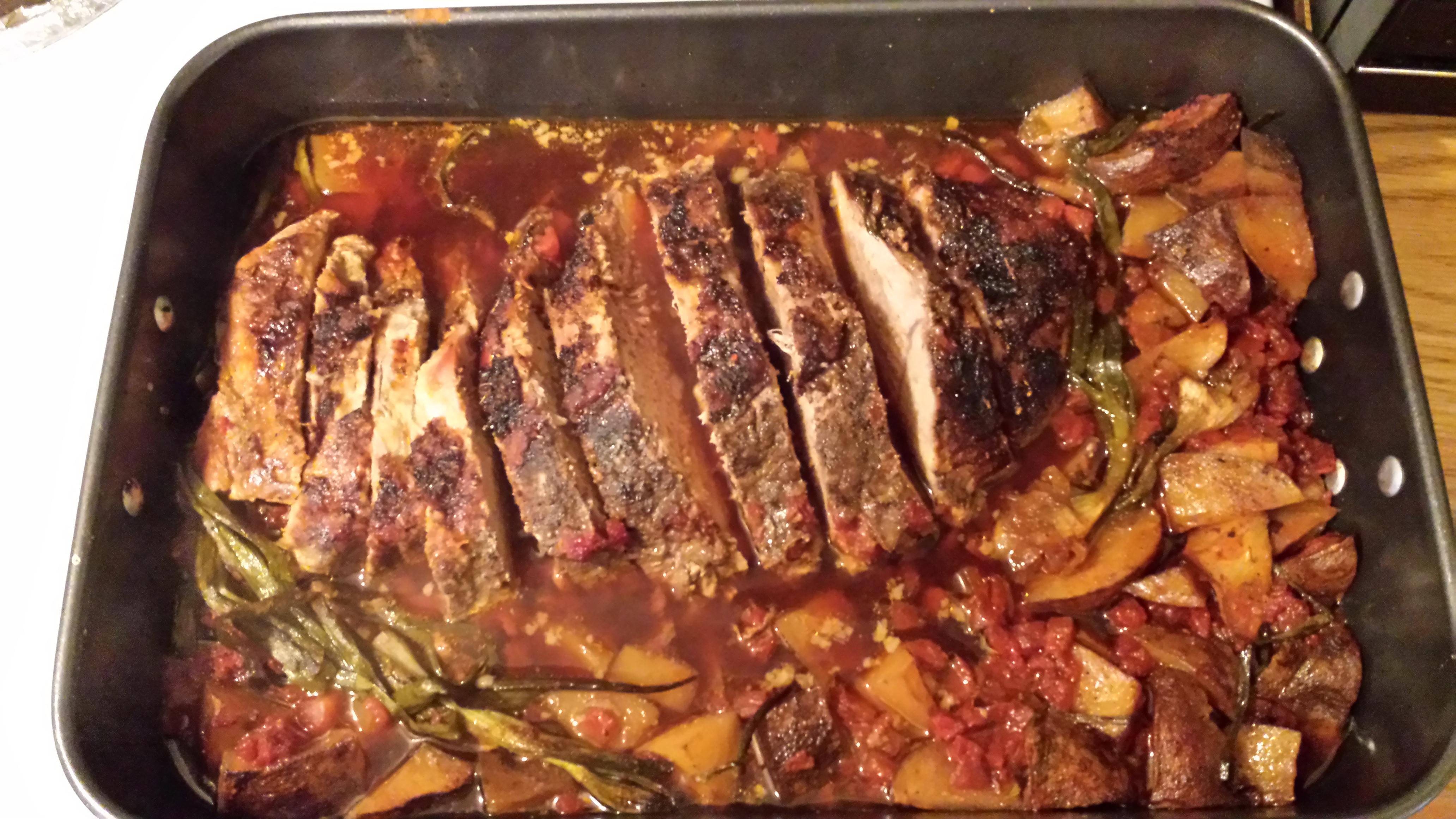 I had left it in a little too long.  The meat wasn’t dry but I prefer it a little more moist.  My bad.  The first thing I noticed was the texture of the roast.  It was firm and pleasant to bite into. I need to learn some more culinary and foodie terms so I can describe this properly.

Then the taste arrived.  The roast’s flavor was subtle at first and gently increased.  I don’t have words, but the roast was amazing.

Between the flavor and the texture, the roast was amazing.  I’ve eaten expensive cuts of meat at some nice restaurants.  The roast was up there with those experiences.  In fact, I think this was in the top five entrees I’ve had in the last three years.  This includes steak houses from the west coast all the way to Nashville.  The limiter on this meal was my preparation skills.

I don’t think I adequately gave thanks for this meal.  My thanks to the Father of Lights for this good gift.

2 thoughts on “Pork on the Table: The Ultimate Test for Pastured Pork”