I live in two worlds.  My 9 to 5 is software development.  My homestead time is spent building hardware.

Right now, I’m building a fodder system that involves less tromping back and forth to the kitchen sink.  Other times, I might be working on aquaponics, solar stuff or a better latch to keep the goats in.

The software work pays for the hardware.

It would be nice to spend a little less on the hardware.  There’s a way that I can use my software skills to do it.

These people are making their own parts out of ABS, nylon, PLA and a few other materials.

I could use one of these printers for so many different purposes.

I could go on.

I also think printing plastic parts would be great for metal casting.

There are thousands of plans online and you can design your own parts as well.

There are two main kinds of 3d printers.  One uses a laser.  Not going that route.  The other kind works a lot like a glue gun.  Instead of a stick of glue, a plastic filament is fed into the hotend.

I’ve decided to build a specific model.  It’s a Prusa (the designer’s last name) i3 (I assume i stands for iteration) rework. 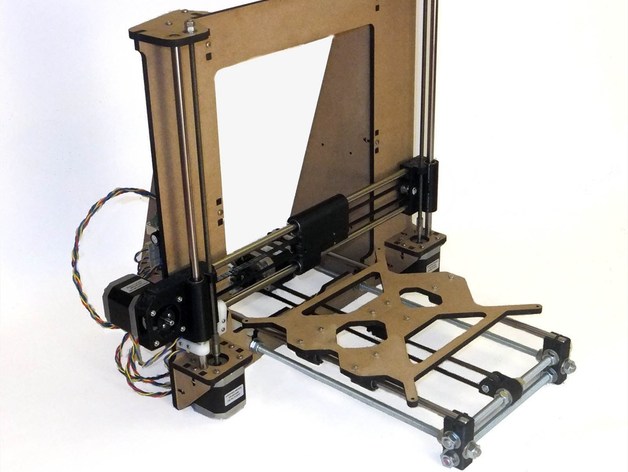 You can look at the plans here.

I have some of the parts for the printer already.  I’ll do my best to record my expenses and guess at the cost of the stuff I already have.

Don’t expect this build to happen quickly.  I plan on assembly to begin in February but I probably won’t have all the parts until May.  I hope to keep my costs under $400.

I’ll also do a few posts about designing your own parts.

10 thoughts on “3D printers: a tool for the homestead?”