There are several different flavors of frame for the Prusa i3.  You’ll see metal ones, wood ones and plexiglass ones.  Some will have supports in the back, others won’t.  Prices run from $29 to $200.

I went with a cheap frame.  I can always upgrade and I won’t feel bad if I gouge this one during the build.  I expect that I will.

Here’s the frame.  It’s black melamine.  The square piece is held up by two buttresses, one of which I’ve fitted to hold it up for the pic.  The second buttress is in front.  The odd piece behind the square is the tray that will move left/right, forward and back and up/down. 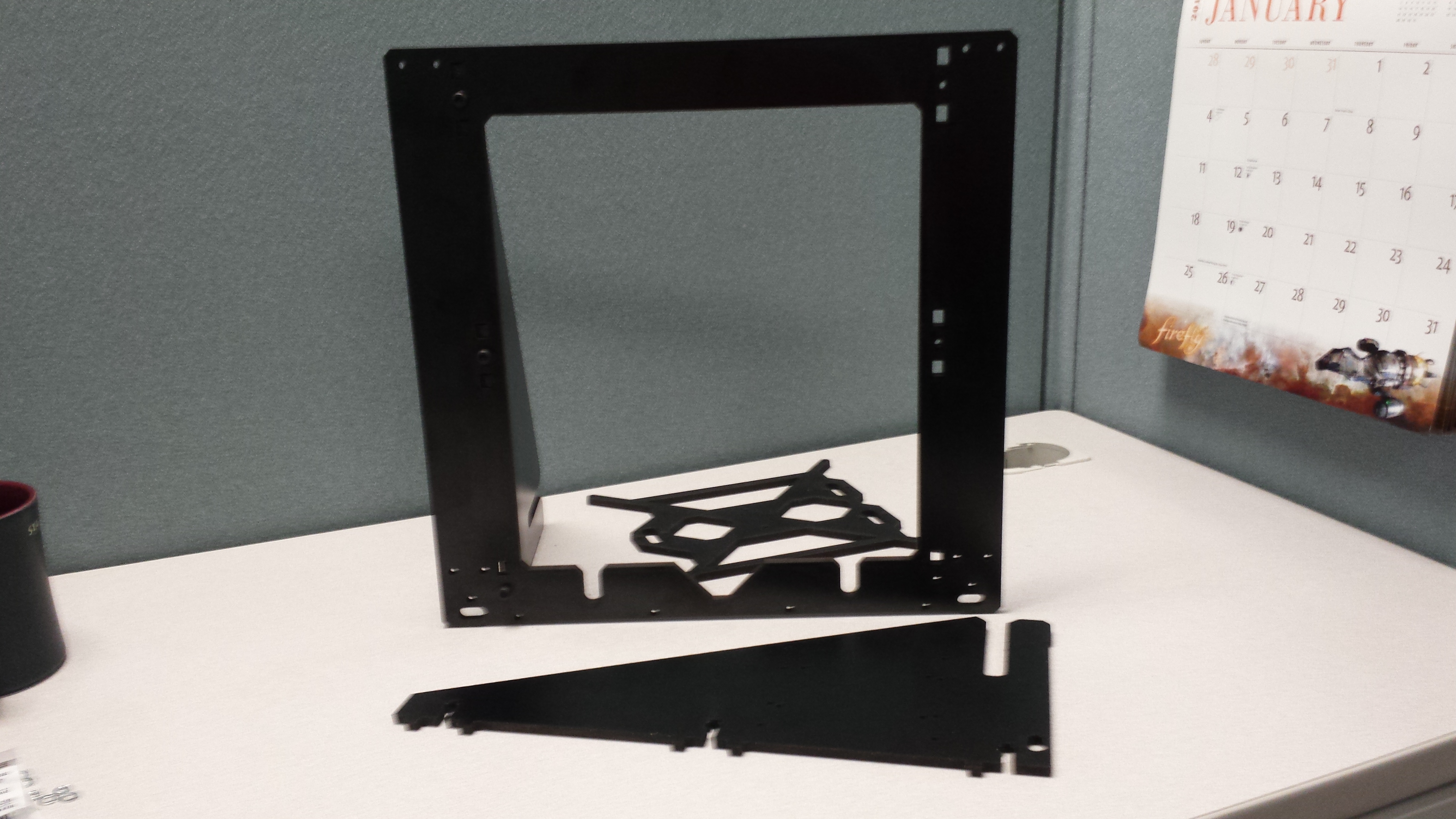 The buttresses are held to the frame with nuts and bolts.  The pic below shows the square piece laying on its face with the buttress in place.  You can see the bolt that sticks through the square.  The nut is held in place by the buttress. 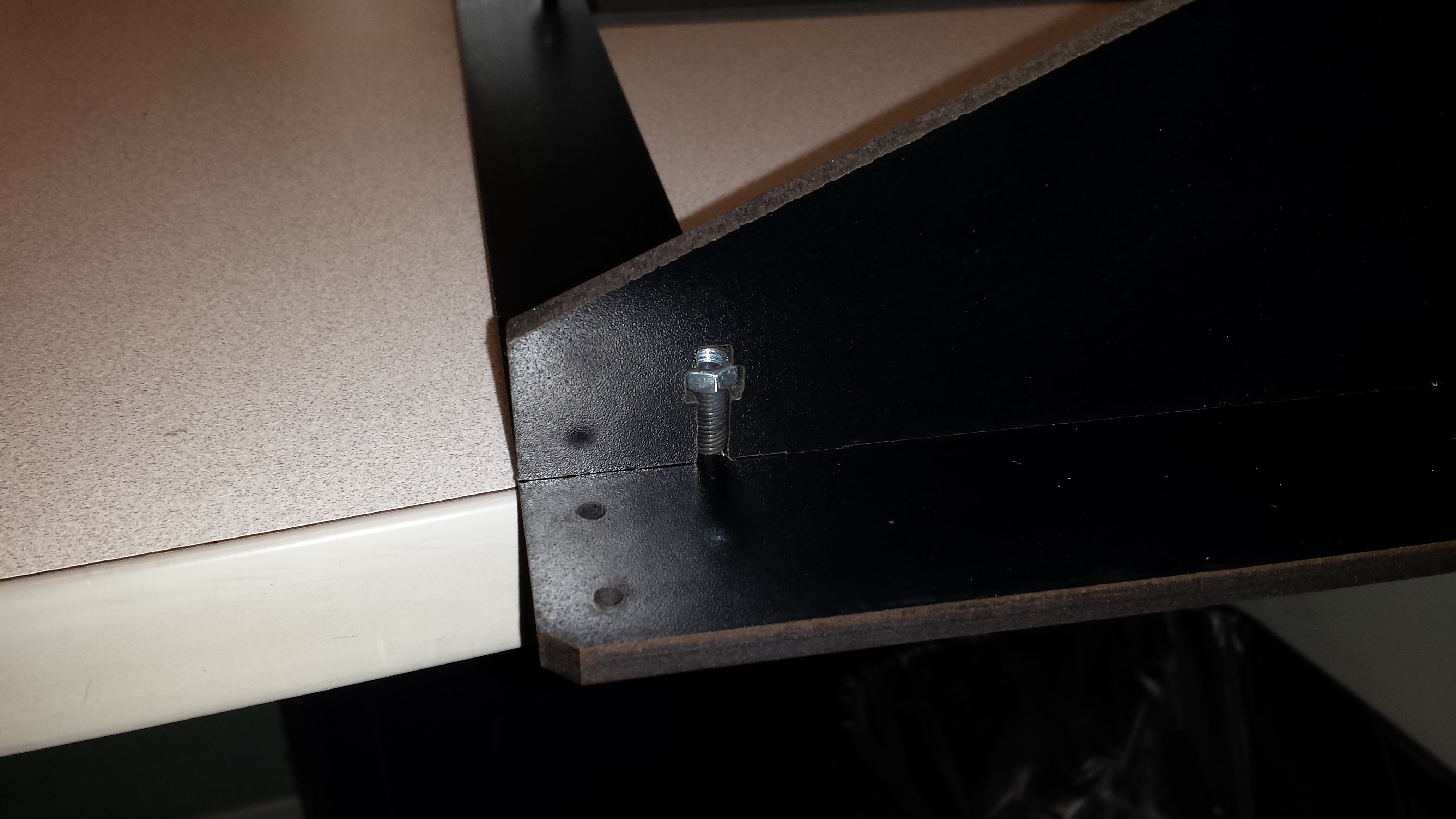 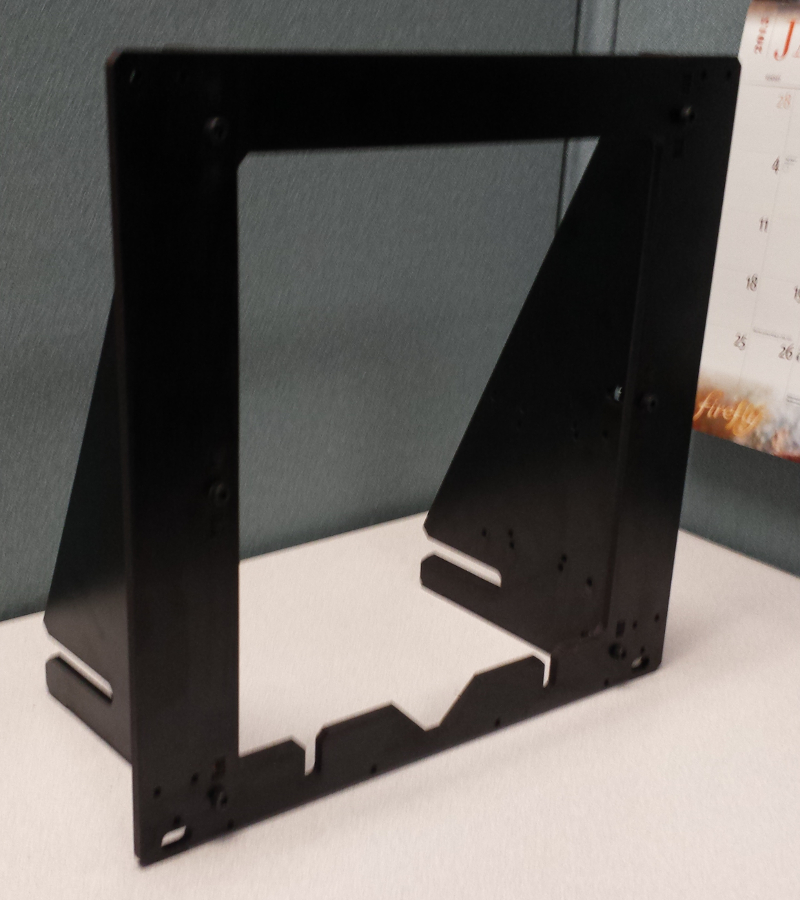 The bolts I used have allen heads.