One of the great things about this century is that you can learn how to almost anything.  There are people sharing their knowledge and skills on the Internet.  Tutorials abound.  3d printing is no exception.

It didn’t used to be.

Back in the day, there were just a handful of companies that made software for designing stuff on a computer.  CAD (computer-aided design) seemed like arcane knowledge to me.  It was hard to learn, because even if I got the software, how would I test what I designed?

There are a crazy amount of CAD offerings now.  Many are free.  You can even steer clear of CAD for your design process and use drawing programs.

I went with a product called OpenSCAD.  It’s been great for design so far.

The idea is that you take simple objects like cubes and cylinders and combine them to make a complicated object.

I’m not going to give an OpenSCAD tutorial–there are plenty out there already.  I suggest you do some YouTube searches, etc.

For my first attempt at design, I decided to try to build some parts that would help with my fodder system.  I’d like to tilt the trays when it’s time to drain them.  Sliding a 2×2 piece of lumber in and out is frustrating.  I’d like a system that would allow me to turn a crank and have all the trays on a shelf raise up.  I figure that cams on a shaft  could do the lifting.

The parts I need to design are:

The first part, the cam, took me a little over an hour to design, but that was mostly because I was learning how to use the software.  Here’s the result… 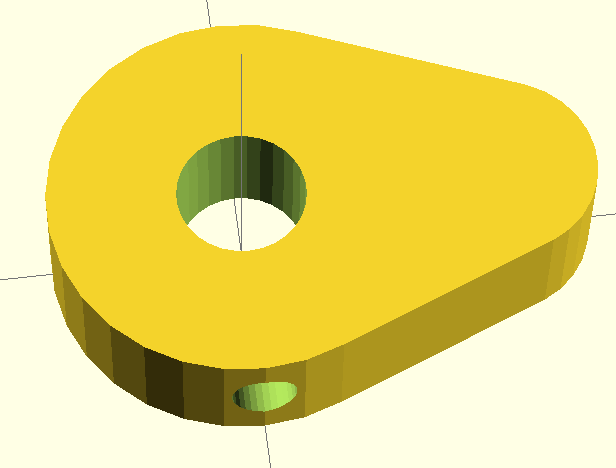 I’ll figure out a page to leave the code for this and other parts I design.

The next piece was the part that would support the dowel.  I’ll probably end up printing two of these for every cam I use. 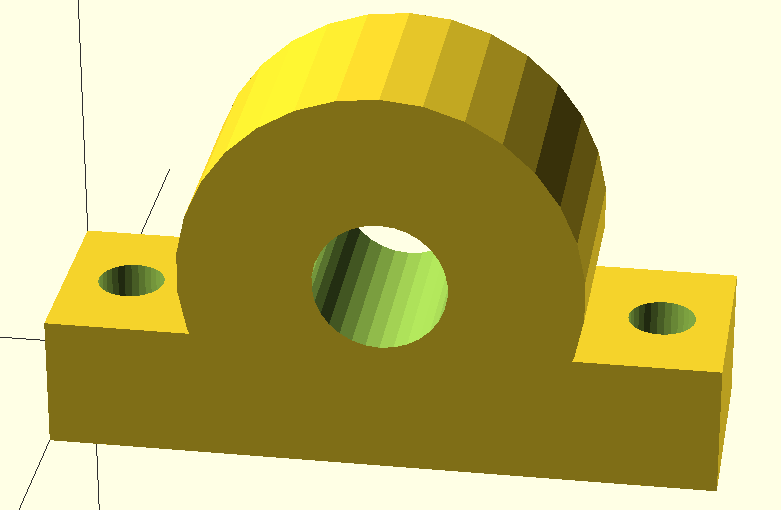 Time for the crank.  I could design something typical, where you hold onto the handle and turn it, but that would involve more than one piece to be printed (the crank handle and the crank itself).  I want to do something that’s one piece.

The plan is to make the crank with a fingerhole/thumbhole instead of a handle.  here’s what I came up with. 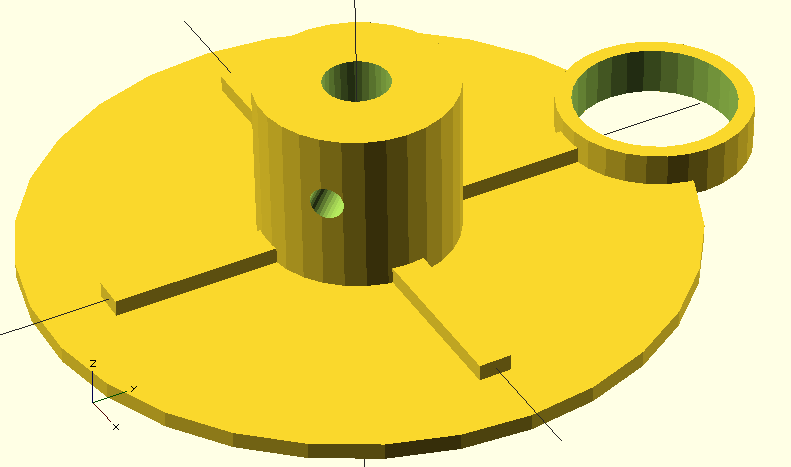 The end of the dowel fits in the medium hole.  A set screw will go in the small hole to hold the dowel in place.  Notice that I gave the crank whell support with the “x”.

I probably have six hours into designing these parts.  Hopefully I’ll get more proficient.  My expectation is that I’ll get to the point where something like this will take me an hour or less.

I don’t want to deceive you–this isn’t the end of designing the part.  There are decisions to be made about infill, where the print will start and more.  This is a good beginning though.