I did the X axis first.  I think the Y axis is easier to do and recommend starting at the Y first.

Take the base and tip it on its side.  Grab a belt and hold it with the smooth side up.  Leave a 2.5 inch tail and slide the belt into one of the grooved slots of the belt holder, with the tail hanging through the vertical slot.

Depending on which end of the holder you hooked the belt, you’ll either run the belt around the pulley (motor) or the idler.  Run the belt to the other end (pulley or idler) and back to the belt holder.

Secure the belt in the other slot, just like you did the other end.  Get the belt as tight as you can.  Trim the extra belt. 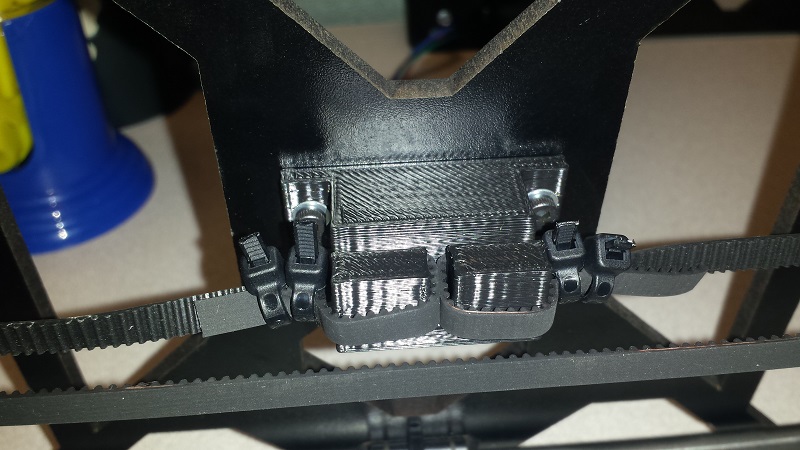 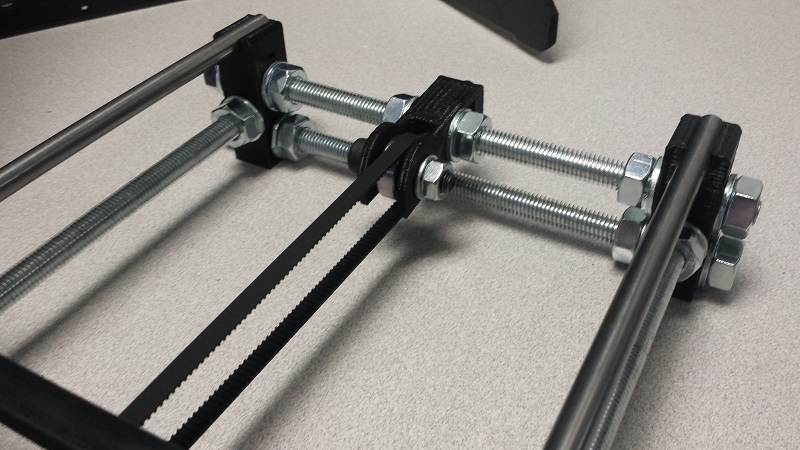 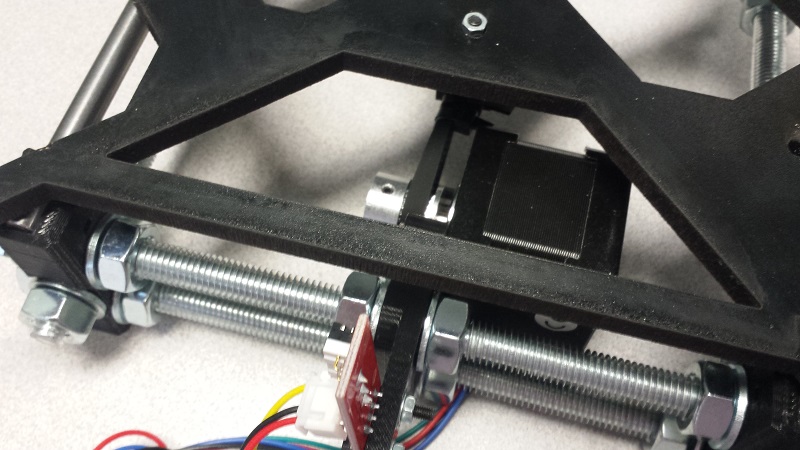 Adjust the nuts holding the motor mount and the idler so that the belt lines up in the middle of the pulley and idler.  Be gentle moving the bed back and forth.

The X is the same thing. 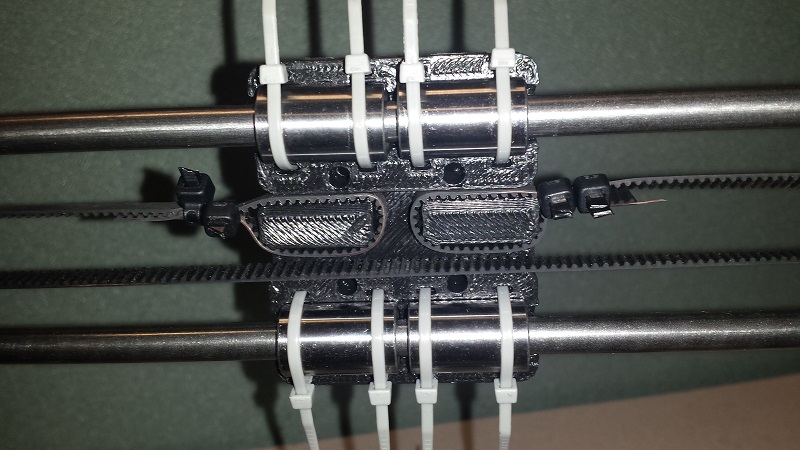 Secure one end of the belt with zip ties.  Hopefully you have the carrier right side up.

Run the belt either around the pulley on the motor or the bearing on the other side.

Pull the belt back, running it through the bottom slot of the carrier.  Wrap the belt around the pulley or bearing.  Secure it tightly on the carrier with two zip ties.

One of the biggest issues with printing is having a belt skip.  it’s imperative that your belts are tight. 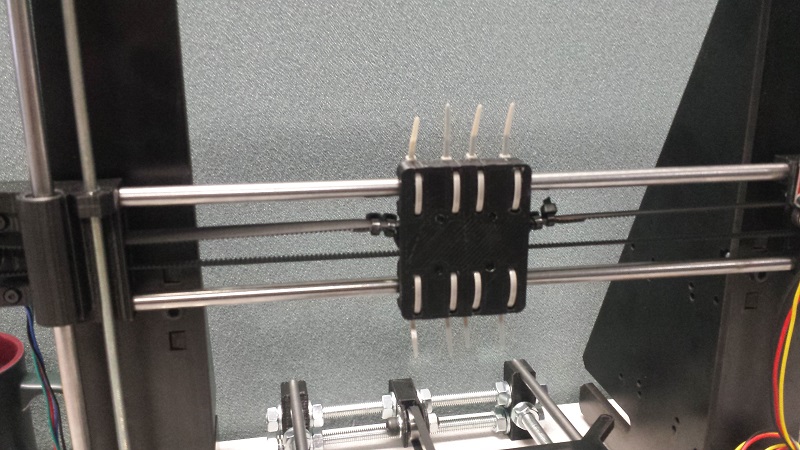 I don’t like the zip ties.  It’s easy to twist the belt with them.  *shrug*  That’s something I’ll try to address later.

I’m going to take a bit before I post more about the build.  I have two more parts to buy and I need to lay out the wiring to see what needs to be lengthened.