We’ve spent a lot of time effort an money in the last 15 months in order to improve our Herefords.

We started with Lucy.  She’s two years old now.  Not the best example of a Hereford to be honest.  Her first two litters were a good size, but not the best conformation.  She also was a klutzy mom.  Lucy has been a drama queen during farrowing in the past as well.  The only good thing we could say about her is that she could feed two litters at once.

We brought in two more gilts and a boar from eastern Oregon.  We lost both gilts.  One passed early on and the other we lost in farrowing this year.  The boar has been great though.  We call him Chuck (for Chuck Norris).

Chuck is a much better specimen of a Hereford.  He’s been doing his manly thing for a while now, on our farm and elsewhere.  Chuck got Lucy in the family way.  We’ve been waiting to see if the babies come out looking better than mom (and better than most in our area).

The biggest issue that we see is that the Herefords around here are slab sided.  Imagine balancing a tube of toothpaste on its narrow side.  That’s what slab sided looks like.  Herefords should look like a long neck beer bottle laying on its side.  Nice round ribs.  Lucy is slab sided.  Chuck isn’t.

We went out to dinner on the 29th.  Got home in the evening and checked on Lucy.  I wouldn’t have normally bothered except that she’d been aggressively nesting.  I figured we had another day.

Nope.  For the first time, Lucy had her babies with no help, no audience.  Eight piglets, four boys and four girls.

Something was different with this litter.  They were very lively but so calm.  No squalling, even when handled.  Their confirmation was also great!

The next day showed that Lucy was behaving differently as well.  She was so careful around her babies.  She was 100% into being a mom.  Here are a couple of pics from the 1st, when she took the piglets down by the wallow.  She’s dirty, so she’s not so attractive, but you can see her devotion to them… 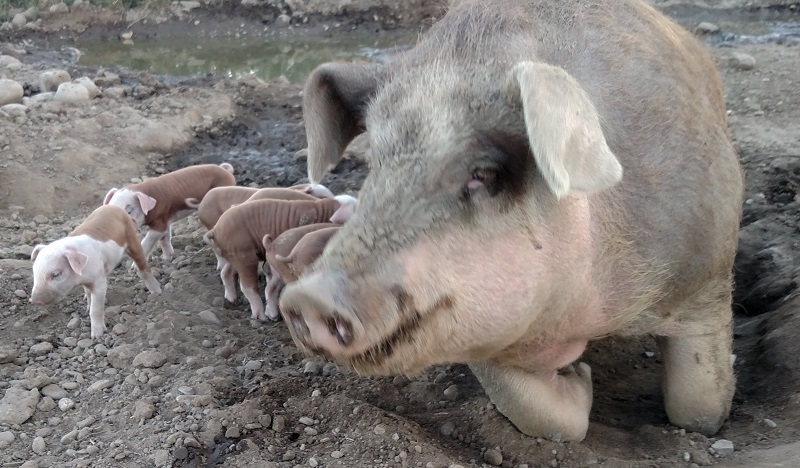 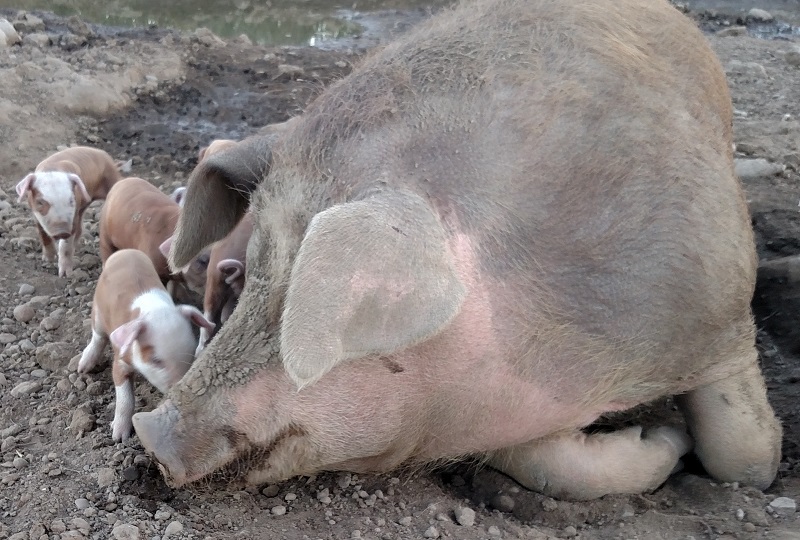 I’ll include a pic and a video of the piglets.  Hopefully you can get a sense of their conformation… 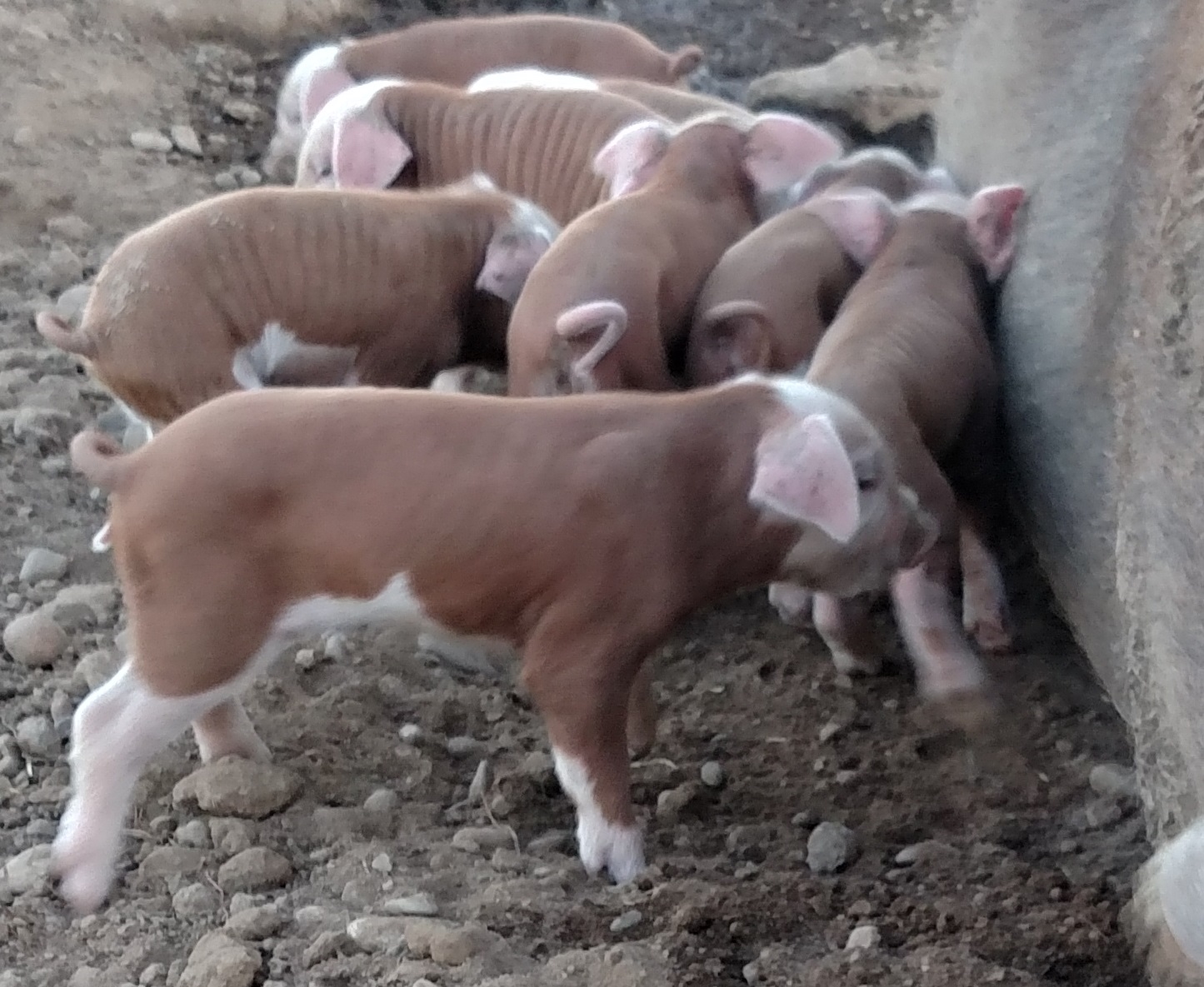 I gave Lucy some carrots to keep her still during the video–you’ll hear her chomping away.

It feels so good to be producing a better product.  It’s been a tough year up until now.  This is a great reward for our efforts!