First off, I just want to say that I’m a big fan of Chuck Norris, the actor.  My favorite rooster was named John Wayne.  So, Mr. Norris, if you ever happen upon this humble post, please know that my naming a pig after you is a mark of my respect.

Chuck was our first Hereford boar.  We spent what seemed like a lot of money for him at the time.  We drove 6 hours one way to pick him up. 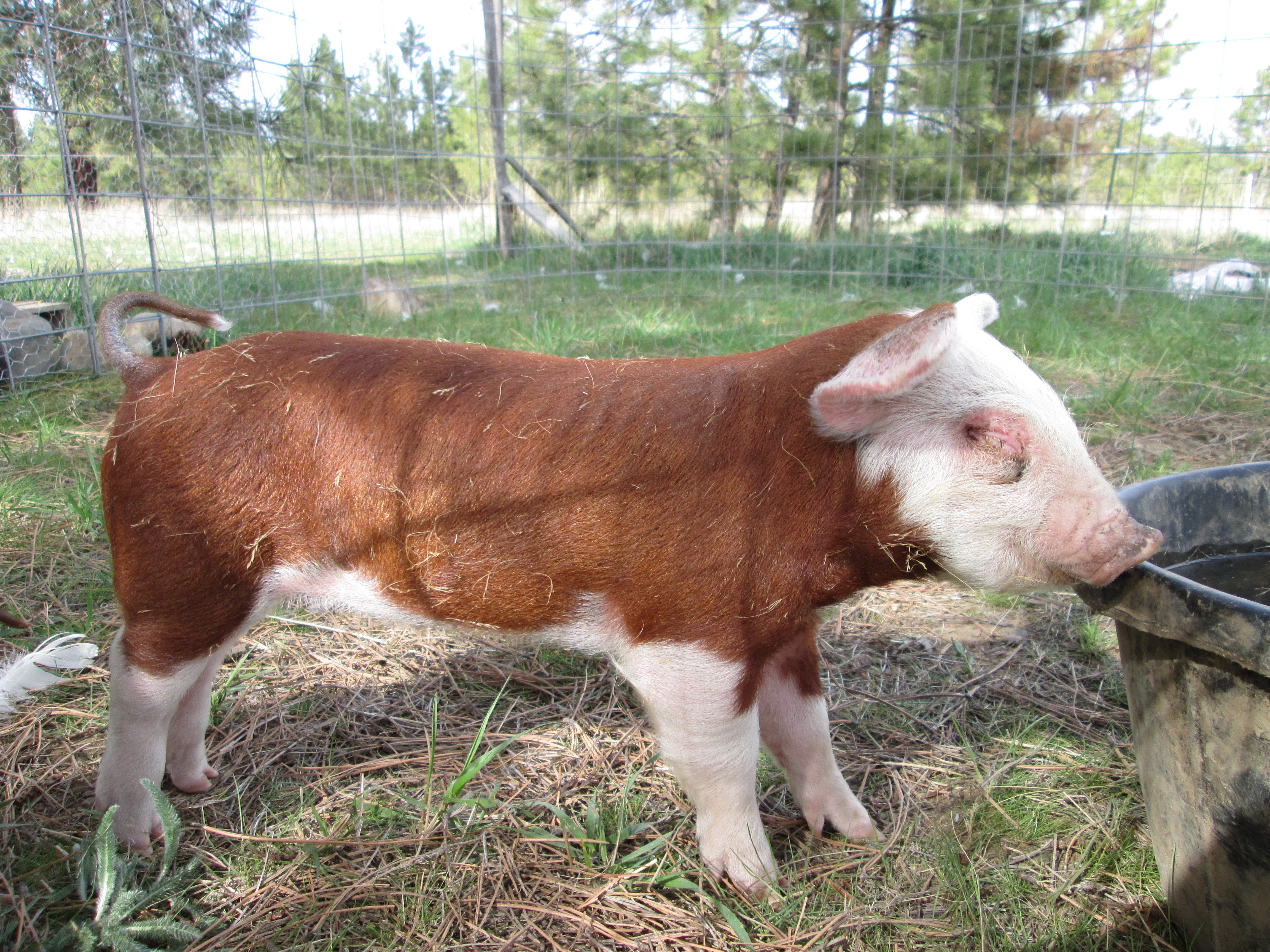 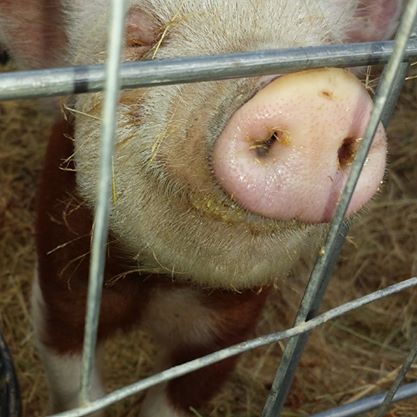 Chuck was registered.  His purpose was to service the other ladies on our farm.

He did his job very well.  In fact, he worked himself out of his job.  We’re registering his daughters from one of our latest litters because they look so great.  So, we’ll need to find new father material since we don’t want to leave Chuck with his girls.

Chuck has been great.  I can’t say enough good things about him.  He looked great and had a great temperament.

It was costing us just under $50 a month to feed him.  It wasn’t a hard decision to make.  He went to the butcher.

Chuck loaded like a champ.  I threw some baby carrots into the trailer and he climbed right in. 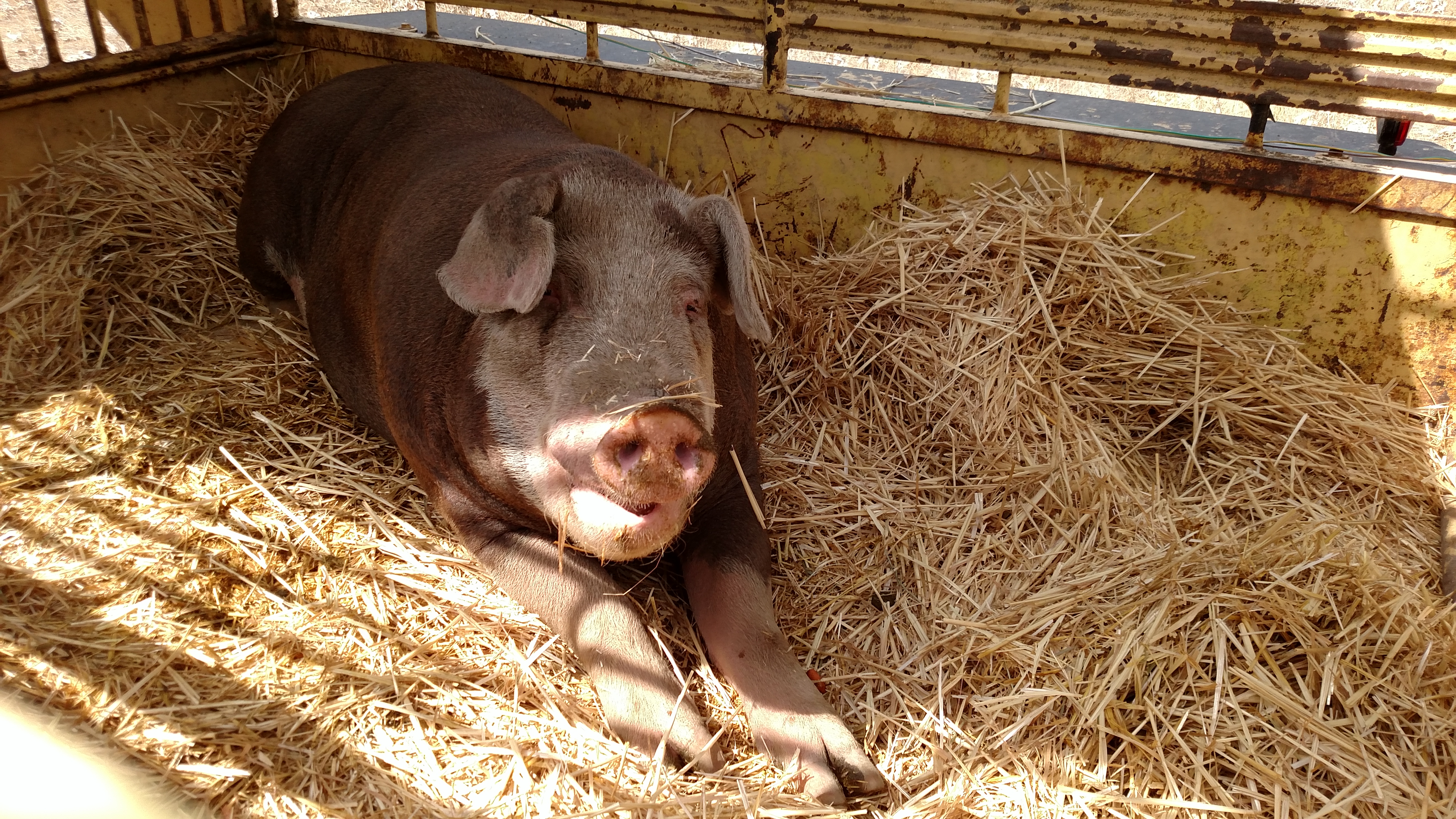 Chuck doesn’t look very big in the above pic.  I figured him for about 420 lbs.

We got to the butcher and had to wait for almost an hour before unloading.  The temperature was in the 90s and Chuck was panting, even with the water I was giving him.  He didn’t get cranky.  I gave him a nudge with my knee and he carefully stepped out of the trailer.

It would have been a lot easier on me if he’d been a pain.  What a great boar.

I’m not sure what Chuck’s live weight was.  I can do an estimate from the amount of cuts we got from him.  It looks like he was around 475 lbs. 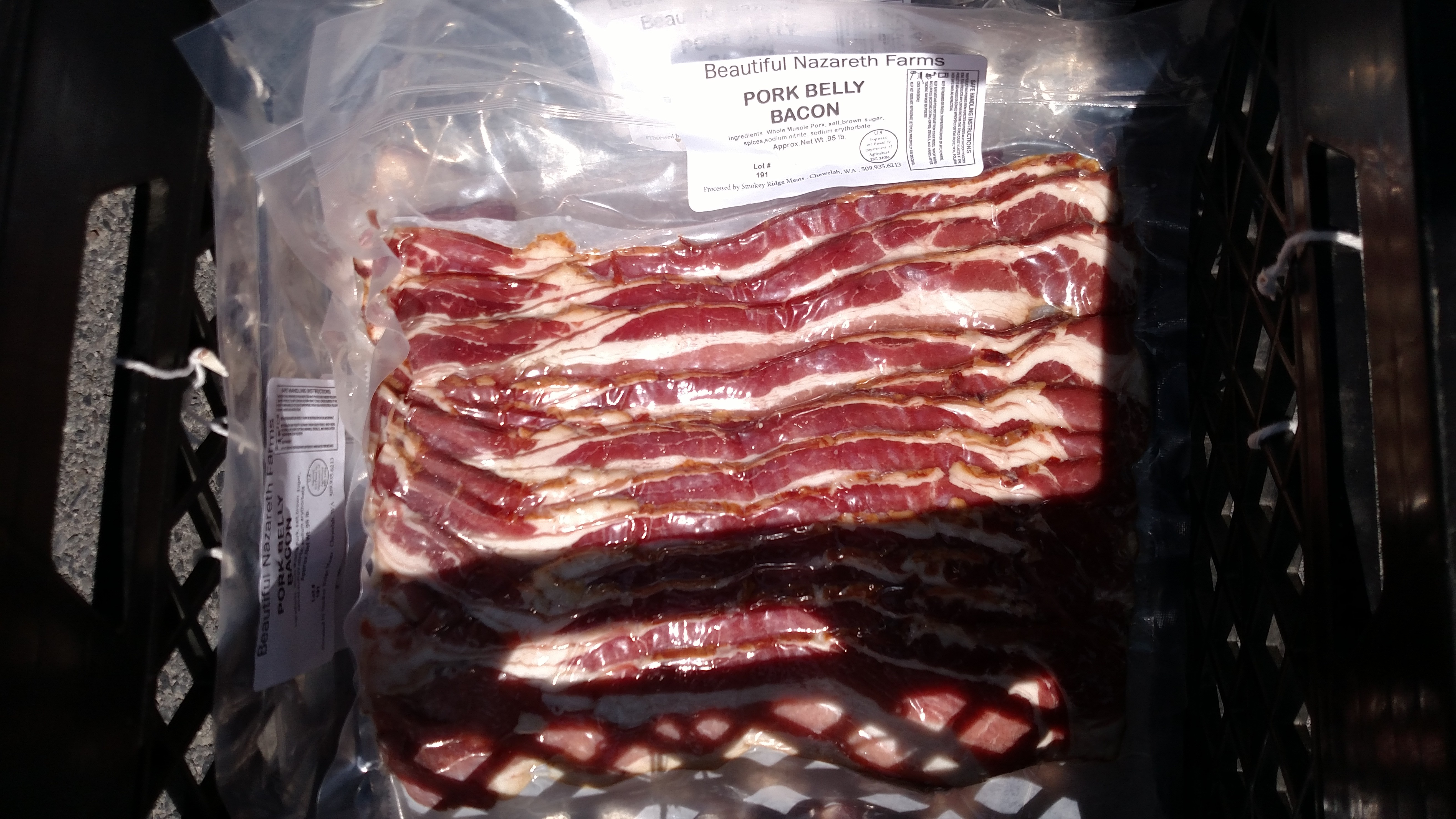 2 thoughts on “Chuck Norris goes to the Butcher”