I’ve mentioned more than once that we’re expecting chicks this spring.  A lot of chicks.  100 Delawares should arrive on Tuesday.  They’re not cheap either.  Their parents were pasture raised and several generations of culling have (hopefully) produced a better bird than normal.

I’ve built a couple brooders to keep the birds warm.  I’ve almost completed a building that will hold them until they can be outside on their own.

The brooders and the building cost less than the birds themselves.  I’ve decided to use some cheaper chicks as…guinea pigs.  Heh.  I want to make sure the brooders, enclosure and building will work.  It’s less of a big deal when the birds only cost a $1 each.

Don’t get me wrong, I don’t want to lose any birds, but we’ve made an investment in the Delawares that will hopefully realize itself over many years.

To that end, I have a dozen barred rock (Plymouth Rock) pullets.  They’re a little older than the chicks that will arrive, but they make fine test subjects. 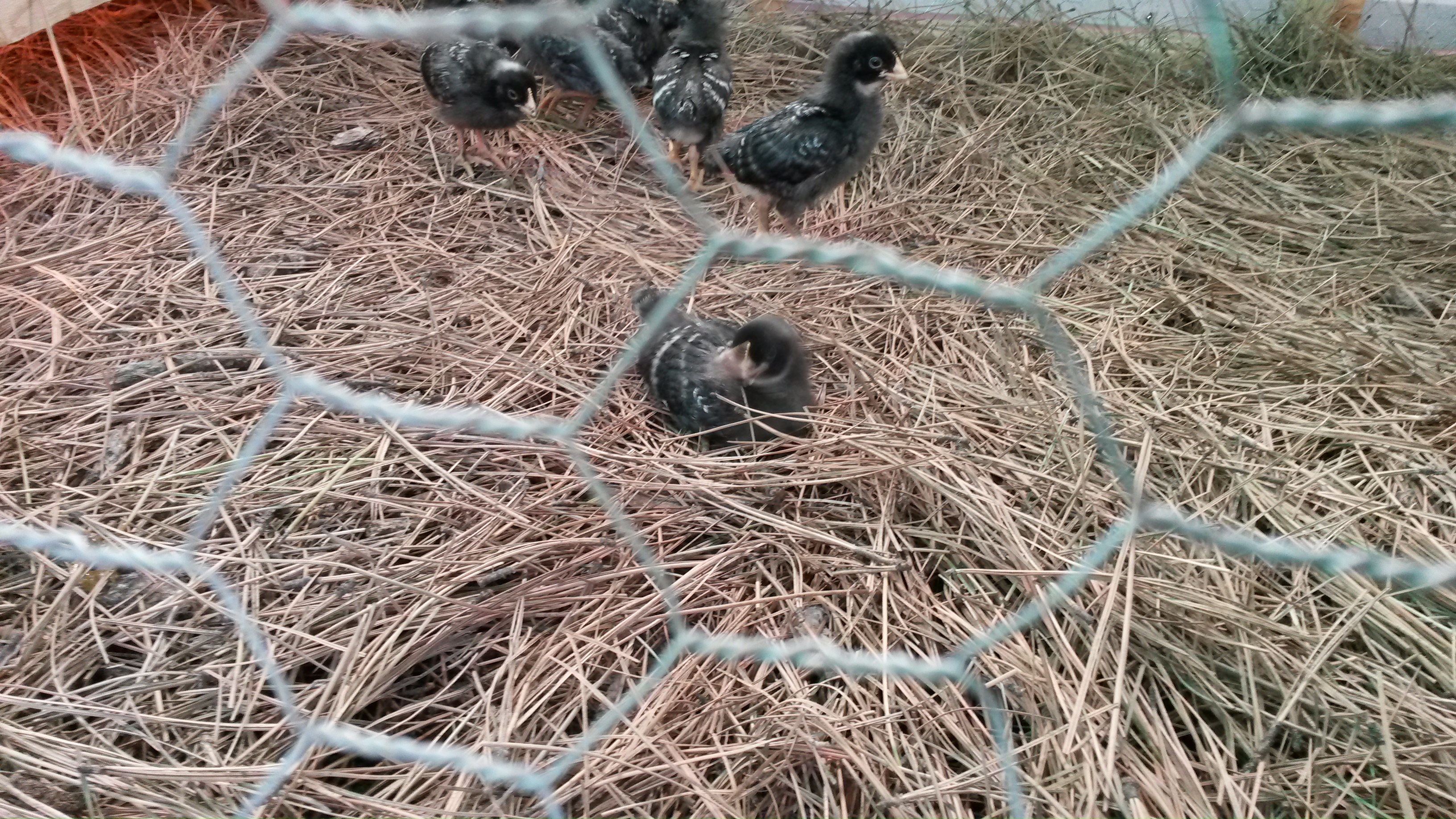 That’s “pine straw” you see them on.  Pine straw is a ridiculous name for pine needles.  I’ve heard good and bad about using it instead of shavings.  We’ll see how it goes.  It’s definitely not as absorbent.  The needles are everywhere on our property though, and they’re free. 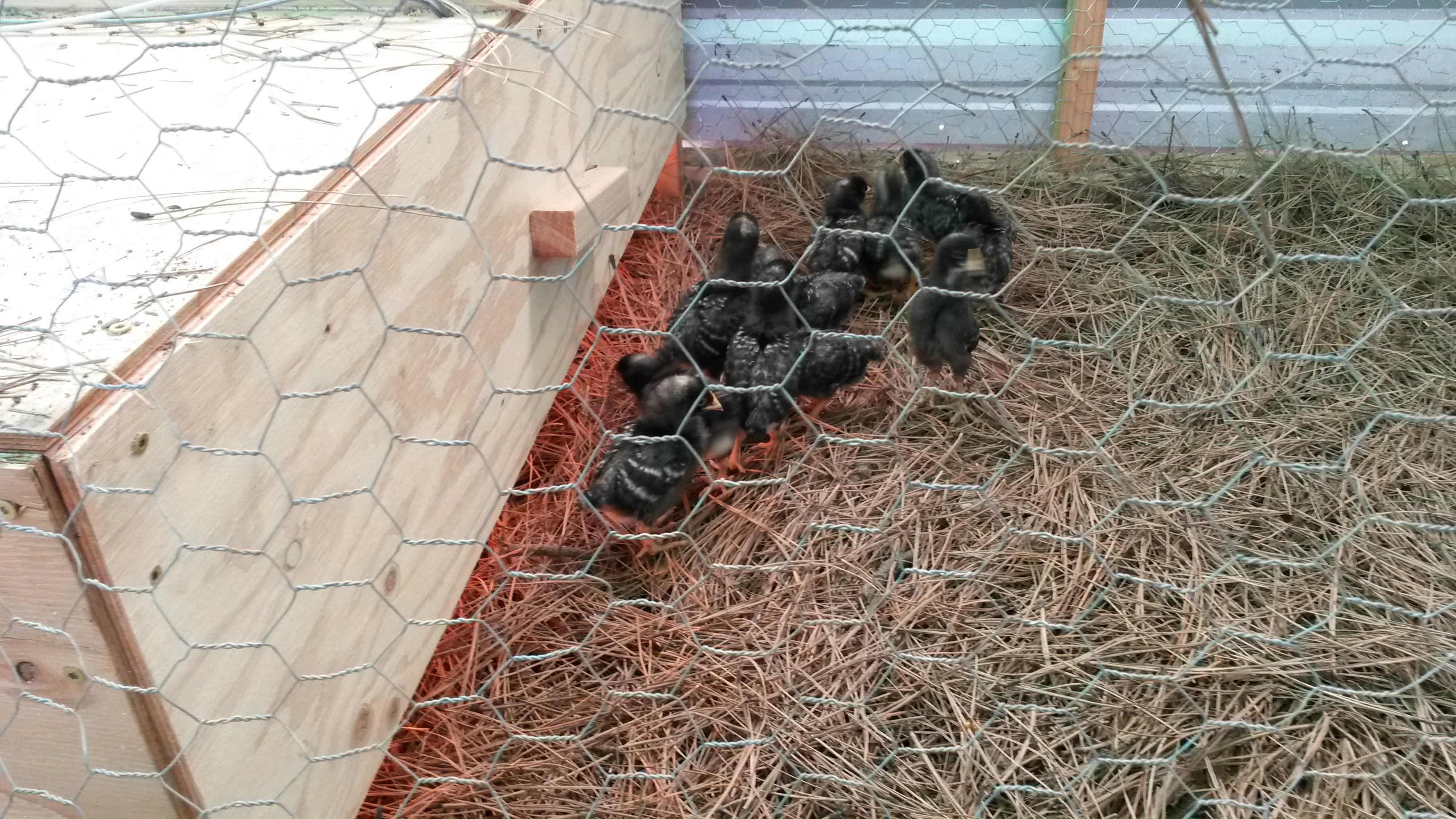 You can see the brooder box to the left, the glow of the lights spilling out.  It took the chicks a while to figure out the box.  I found them all happily tucked under it this morning.  I posted the brooder build here if you are interested.

The box is probably too low–these chicks are old enough that I could put some spacers underneath the the brooder’s feet.

The chicks have been in the new enclosure for 24 hours now and everything looks good.  I have some cosmetic things to do on the building and I’ll post some pics of that build.

I should build them a wee tractor.