Warning:  images of larvae and rotten, moldy food can be found in this post.

Scroll down at your own peril.

I came across an interesting idea while I was researching aquaponics.  Murray Hallam showed a device called a BioPod.  It’s used as an incubator for black soldier flies.  Specifically, a place to raise and harvest the larvae.

Chickens and ducks seem to love them.  I know this because I saw it on YouTube.

Basically, the larvae feed on things like watermelon rinds and other veggie/grain/fruit material.

I don’t think the BioPod is big enough to meet the needs of the geese and chickens.  I’ve decided to build a bigger incubator, like the ones I’ve seen on YouTube.

The plan is to try to raise a few larvae before I go completely crazy with another building project.  I’ll try a 5 gallon bucket first.

An enterprising company sells the larvae as “Phoenix Worms”.  You can find it here.  I ordered the smallest amount of ‘worms that is offered.  Supposedly there are 150 worms for $5.99 plus shipping.

I ordered on Sunday.  The package shipped on Monday.  I received it on Thursday.  I didn’t count the worms.  There were a lot. 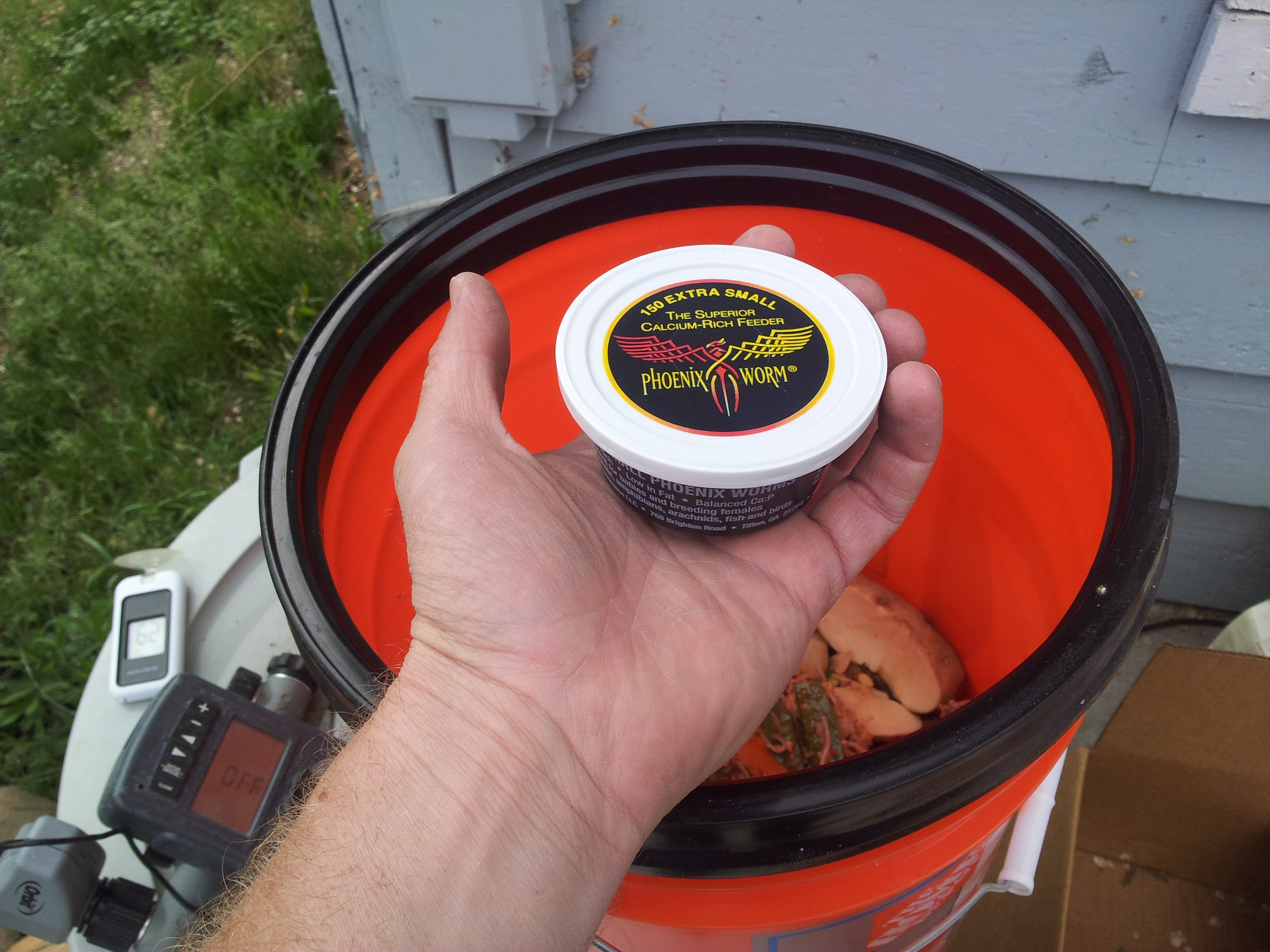 See the orange bucket in the background.  Yeah, I did a dumb thing there.  More on that in a bit…

I ordered the extra small worms. 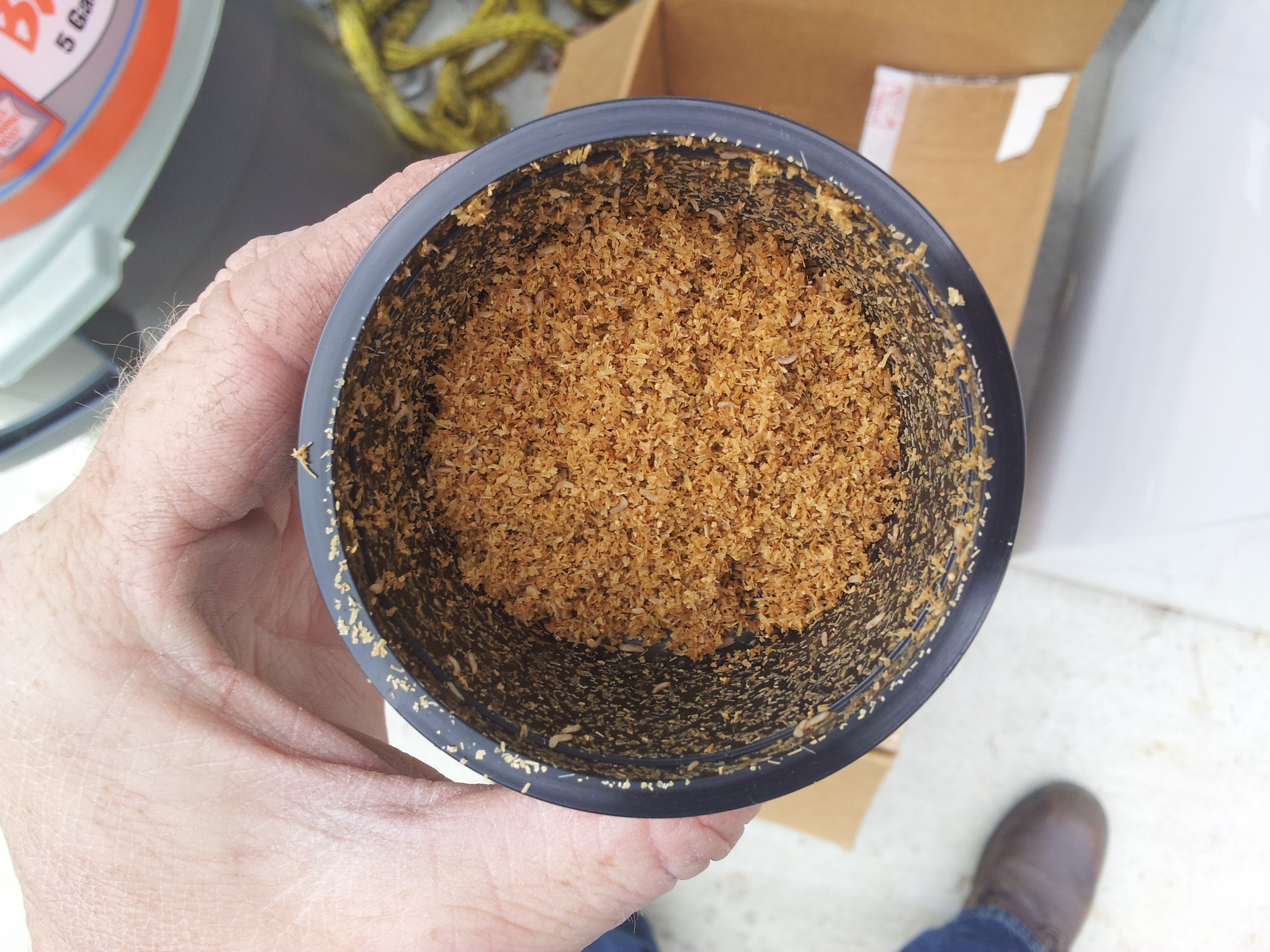 So, rather than read the directions and let the critters grow in the tub they came in…  I dumped them in my 5 gallon bucket.

I had some old potatoes in there.  I also put in some leftover Vietnamese food in.  Bad thing.  There was a lot of vinegar and it nearly wiped out the worms.

Here they are now. 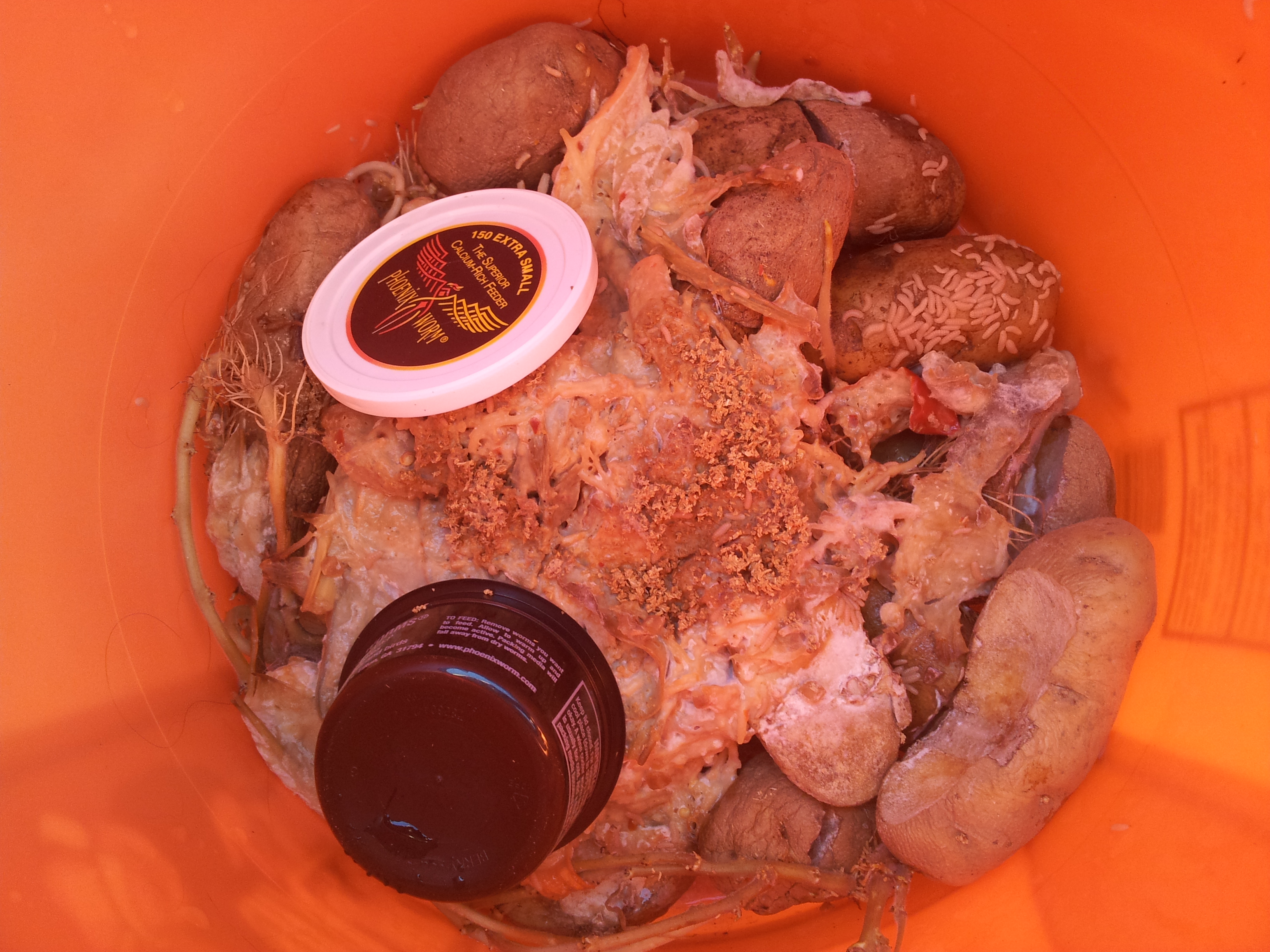 That’s a bunch of them on the potatoes.  They’re about the size of 3 rice kernels.  I’ve had them for less than two weeks.

Clearly, these larvae are tough enough to survive my mistakes.

Time to build a bigger incubator!