I’ve also had a few multi-tools.  Back in the day, a Gerber multi-tool would have been my favorite tool to have.  I think Gerber sold out and makes their stuff in China.  Either way, the last Gerber I bought was awful.  I’ll save my rant for a different time.

I’ve found that a knife comes in handy on the ‘stead.  I’m putting mine to different uses than when I was in the army.  It seems like I’m working with wire every day now, and the multi-tool can’t get the job done.

It’s ironic that I’m putting away the multi-tool I used while I was in the army for an army knife.  Actually, it’s a bayonet. 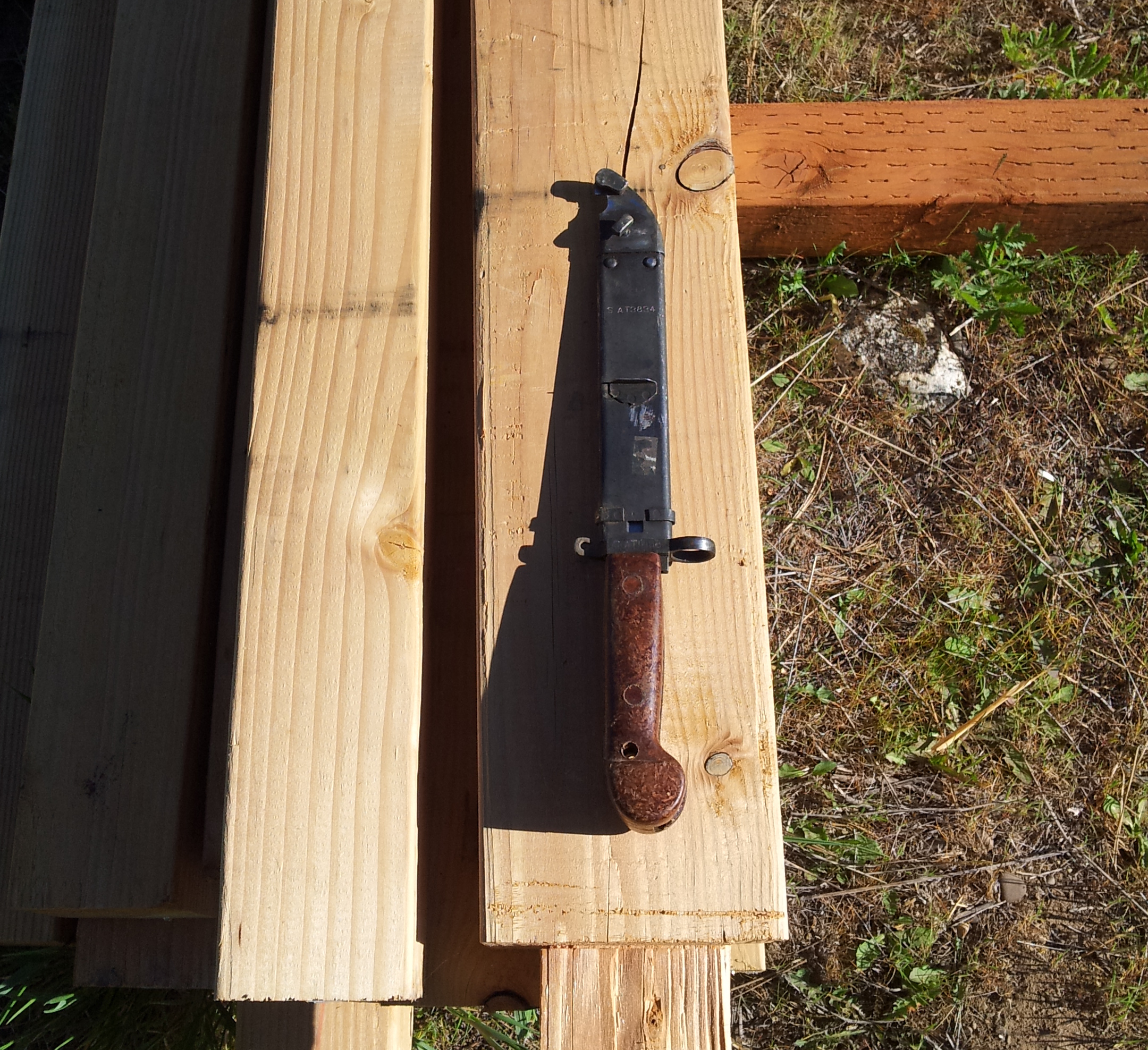 That’s a bayonet for an AK series rifle.  I think this one came from Poland.

This is a knife with a point and a sharp side (sort of).  That’s not the cool part though.  Check this out!

The sheath hooks to the knife to make a wire cutter.  The pic above shows the wire about to be cut.  Very cool knife!

The knife is a Bowie design.  I’m sure Davie Crockett would recognize it.  The back of the knife is toothed.  I haven’t used it for a saw (I have saws) but it was handy for notching some wood stakes.

I think this is a great gift idea.  It’s also reasonably priced.  I think I paid $15.  It may have been less.

The bad news is that the knife is dull.  There are several grisly reasons for keeping one’s bayonet less than sharp.  Those reasons don’t apply to us, so I suggest getting it sharpened.